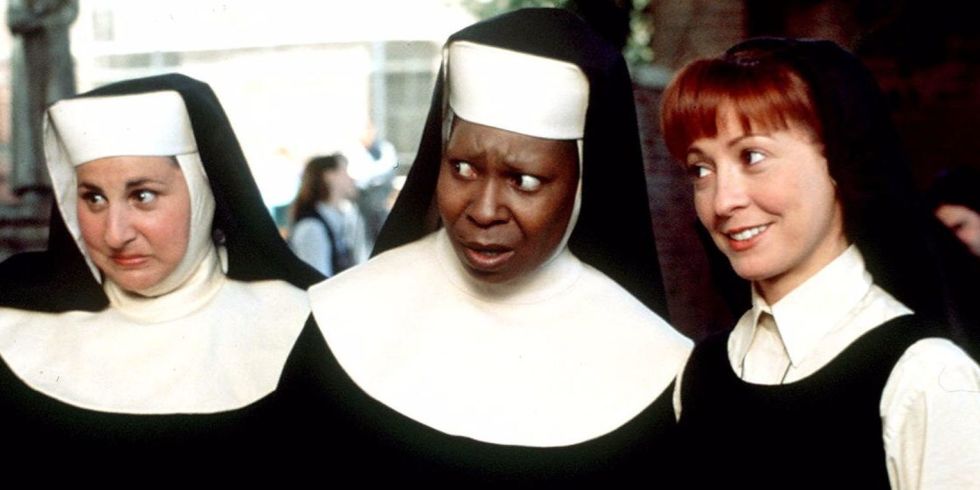 Disney is once again reaching into its past for its upcoming streaming service, Disney+, as Variety is reporting that Sister Act 3 is now in development and will be exclusive to Disney+.

The new movie is being written by Regina Hicks, who is an executive producer on HBO’s Insecure and by Karin Gist, who is the showrunner on Fox’s Star. The pair have previously written “Drumline” and the two “Camp Rock” movies.

No plot details have yet been revealed and its unknown is Whoopi Goldberg will be returning for the movie, with Entertainment Weekly contacting the actress and was told by a rep that “It is our understanding that this is not a continuation and Whoopi is not involved”.

This is not the first time a sequel to Sister Act has been mentioned, as Whoopi Goldberg spoke about the new movie during an episode of Good Morning Britain in September.

“We’ve been all over Disney begging and they’ve decided that they’re going to go in a different direction with Sister Act. So it won’t be Sister Act 3, it’ll be a brand-new rendition of Sister Act. And I guess I’ll walk through a scene and that’s how they’ll say I was part of it.”

Disney+ is set to launch in late 2019, but the movie looks to be in early development.

Are you excited to see Sister Act 3?

Roger has been a Disney fan since he was a kid and this interest has grown over the years. He has visited Disney Parks around the globe and has a vast collection of Disney movies and collectibles. He is the owner of What's On Disney Plus & DisKingdom. Email: Roger@WhatsOnDisneyPlus.com Twitter: Twitter.com/RogPalmerUK Facebook: Facebook.com/rogpalmeruk
View all posts
Tags: disney, disney plus, front, sister act 3