Should Disney+ Feature Collections For Actors?

What's On Disney Plus > Blog > Columns > Should Disney+ Feature Collections For Actors? 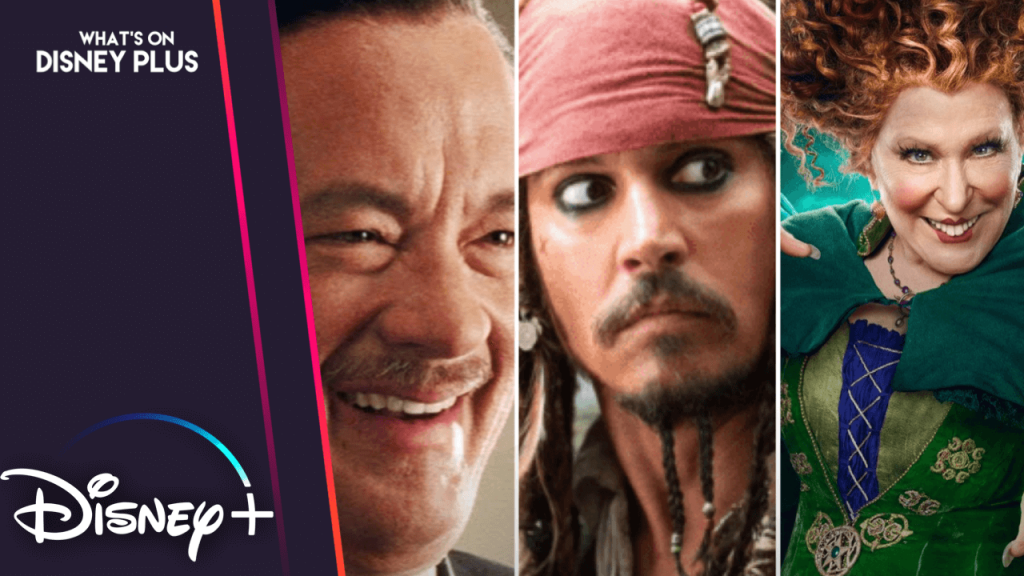 Should Disney+ Feature Collections For Actors?

Ever since its launch, Disney+ has consistently added content from big-name stars and added featured collections for many franchises that live on Disney+ like “Home Alone” and “Cars”, but I want to take a look at some of the actors and directors who have been behind so many of Disney’s classic titles and why Disney+ would benefit from giving these creatives their own dedicated collections on the platform. I will be looking at the UK version of Disney+ for this article, so some of the titles I mention may not be available in other countries, so let’s begin.

Robin Williams Is A Disney Legend:

Let’s kick this list off with Robin Williams, a certified Disney Legend we lost too soon. Robin Williams starred in many titles for Disney and their 20th Century Studios and Touchstone Pictures labels throughout his career. Some of Williams’s most notable work includes the original animated “Aladdin” as well as its second sequel “Aladdin and The King Of Thieves” (he did not appear in “Return of Jafar” due to a dispute with Disney), “Mrs Doubtfire”, “One Hour Photo”, “Dead Poets Society”, the “Night At The Museum” trilogy and “Good Morning Vietnam”, plus many more.

With Robin appearing in so many Disney-owned titles, It’s a little disheartening that Disney+ hasn’t added a dedicated collection for the late actor. Personally, Robin Williams is my all-time favourite actor, and I would like to see his legacy promoted by Disney for future generations to enjoy. 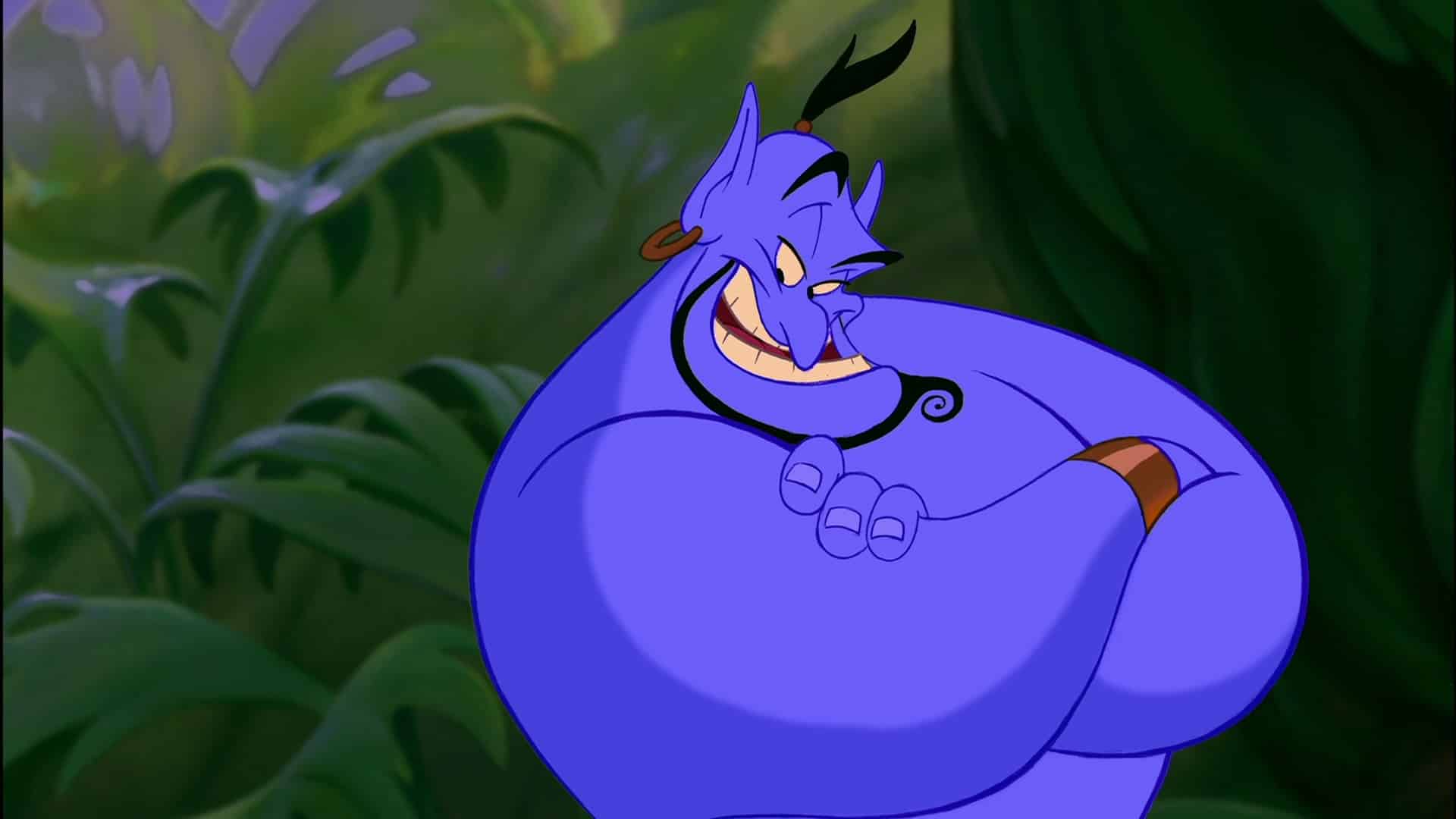 Nicholas Cage Has A Weird Filmography With Disney:

Nicholas Cage is a well-known actor but for low budget straight to video productions nowadays compared to his glory days. During Cage’s long career, he has starred in many films for Disney and its film labels. Some of his notable work includes, the “National Treasure” films, “Con Air”, “Face/Off”, “The Sorcerer’s Apprentice”, and “Snake Eyes”, among a few others. Disney+ could utilise a Nicholas Cage collection to show some of his more exciting films. 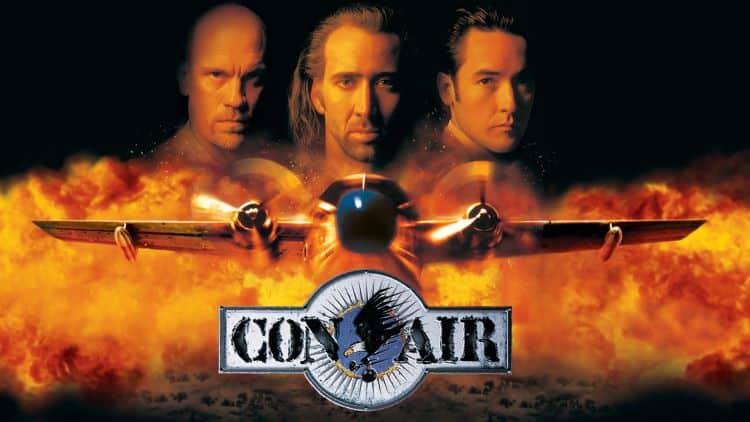 Owen Wilson Is A Certified Star:

Another beloved actor that starred in a slew of titles for Disney and its 20th Century Studios subsidiary, Owen Wilson. Some of the titles that Owen Wilson has been in for Disney include, “Loki”, “Marley and Me”, “Cars”, “The Big Year”, “The Internship”, “The Darjeeling Limited”, and “Behind Enemy Lines”, among other titles. Owen Wilson has been in so many great films, several of which are films Owen co-wrote with the famous Wes Anderson. Adding an Owen Wilson collection to Disney+ would help fans of the Disney+ Original series “Loki” discover what other titles Mobius’s actor (Owen Wilson) had starred in before he met the god of mischief. 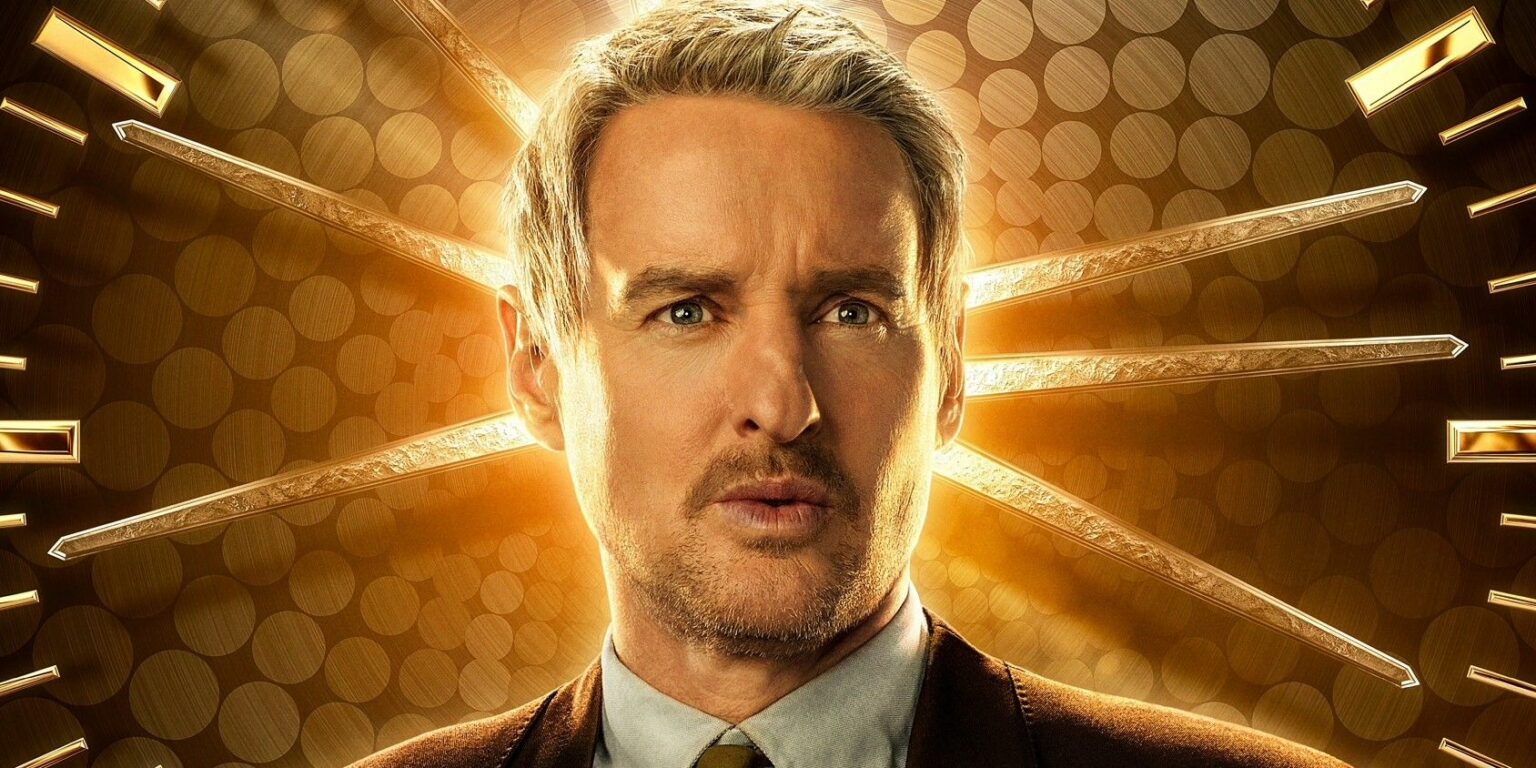 Bette Midler Is Great and Should Have Her Classics Preserved:

Bette Midler may not be a name which is too familiar to a lot of people, but she has a large filmography which is owned by Disney. Some of her titles include “Hocus Pocus 1 and 2”, “Big Business”, “Down and Out In Beverly Hills”, “Beaches”, “Ruthless People”, and “For The Boys”. Bette Midler produced more films for Disney’s Touchstone Pictures label than she did for Walt Disney Pictures, but she still has a long history of producing films for Disney, and giving her a collection would be a great way to showcase her classic films to new audiences. 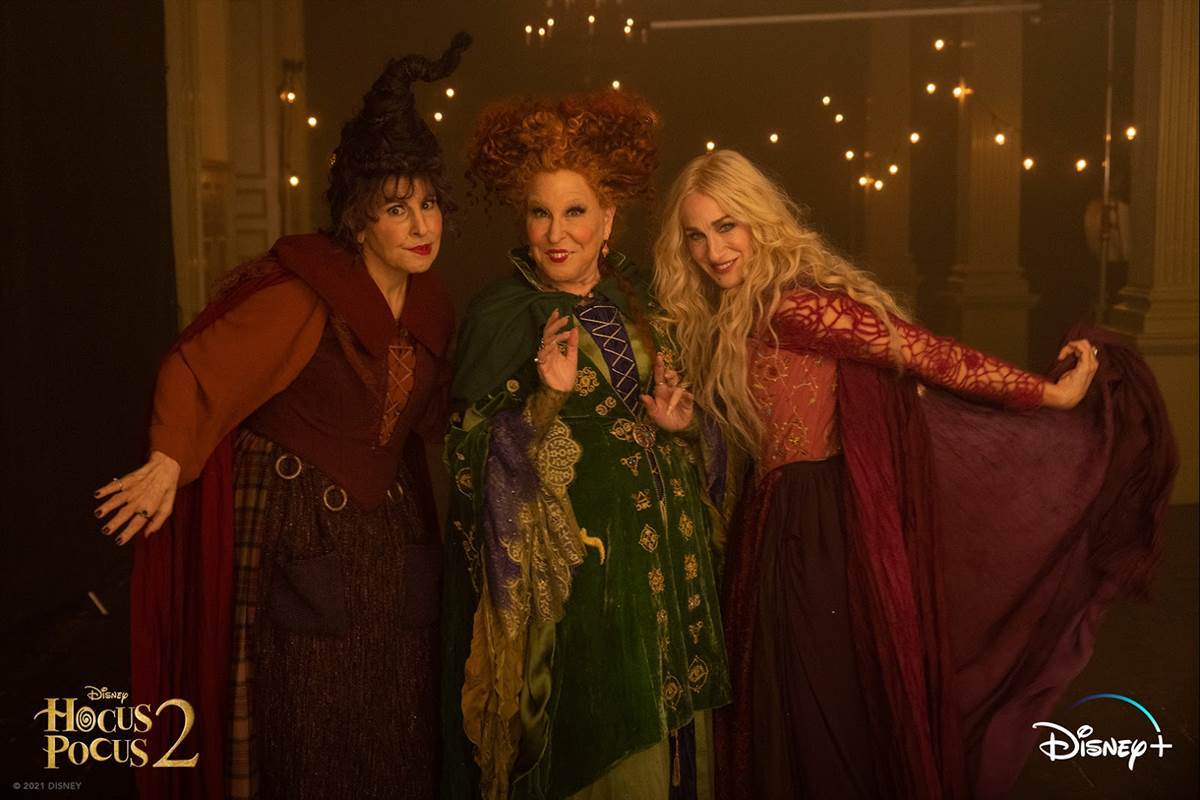 Despite his recent controversy with his ex-wife, Johnny Depp has entertained the world in many amazing movies, quite a few of which were produced or eventually acquired by The Walt Disney Company. Some of Johnny’s most notable work includes the entire “Pirates Of The Caribbean” franchise, “The Lone Ranger”, “Edward Scissorhands”, Tim Burton’s “Alice In Wonderland” remake alongside its sequel and “From Hell”, among others.

Right now, let’s take a look at a name most Disney Channel fans will be familiar with, as she has starred in many different shows and movies for the channel. Some of Raven’s Symone’s most famous appearances for Disney include “That’s So Raven”, “Raven’s Home”, “Zenon Girl Of The 21st Century”, “The Cheetah Girls”, plus its first sequel and “Tinker Bell”. Raven Symone is a face many Disney fans will recognise, and personally, to me, she would be a logical actress to be one of the first to have their own dedicated collection.

Tom Hanks Is An Icon:

Tom Hanks has starred in many amazing movies during his long career, including many films for Disney and their subsidiaries. Some of Hank’s most Disney appearances include the entire “Toy Story” franchise, “Splash”, the original “Turner and Hooch” film, “The Man With One Red Shoe”, “Big”, and the recently released remake of the popular animated film “Pinocchio”. Tom Hanks is a legend within the film industry and will be an icon for decades to come, Disney should utilise the popularity of Tom Hanks and feature him in a Disney+ collection so people can find the legendary actor’s work easier.

Now let’s look at another Disney Channel icon, actress Dove Cameron. Some of Dove’s most well-known work for Disney includes “Liv and Maddie”, the “Descendants” franchise, “Cloud 9”, “Ultimate Spiderman”, “Marvel Rising: Heart Of Iron”, “Agent’s Of Shield”, and “Marvel Rising: Operation Shuri”, among several other titles. Dove Cameron is an actress many children from the 2010s will easily recognise, so giving her a collection would be a huge win for a lot of people. 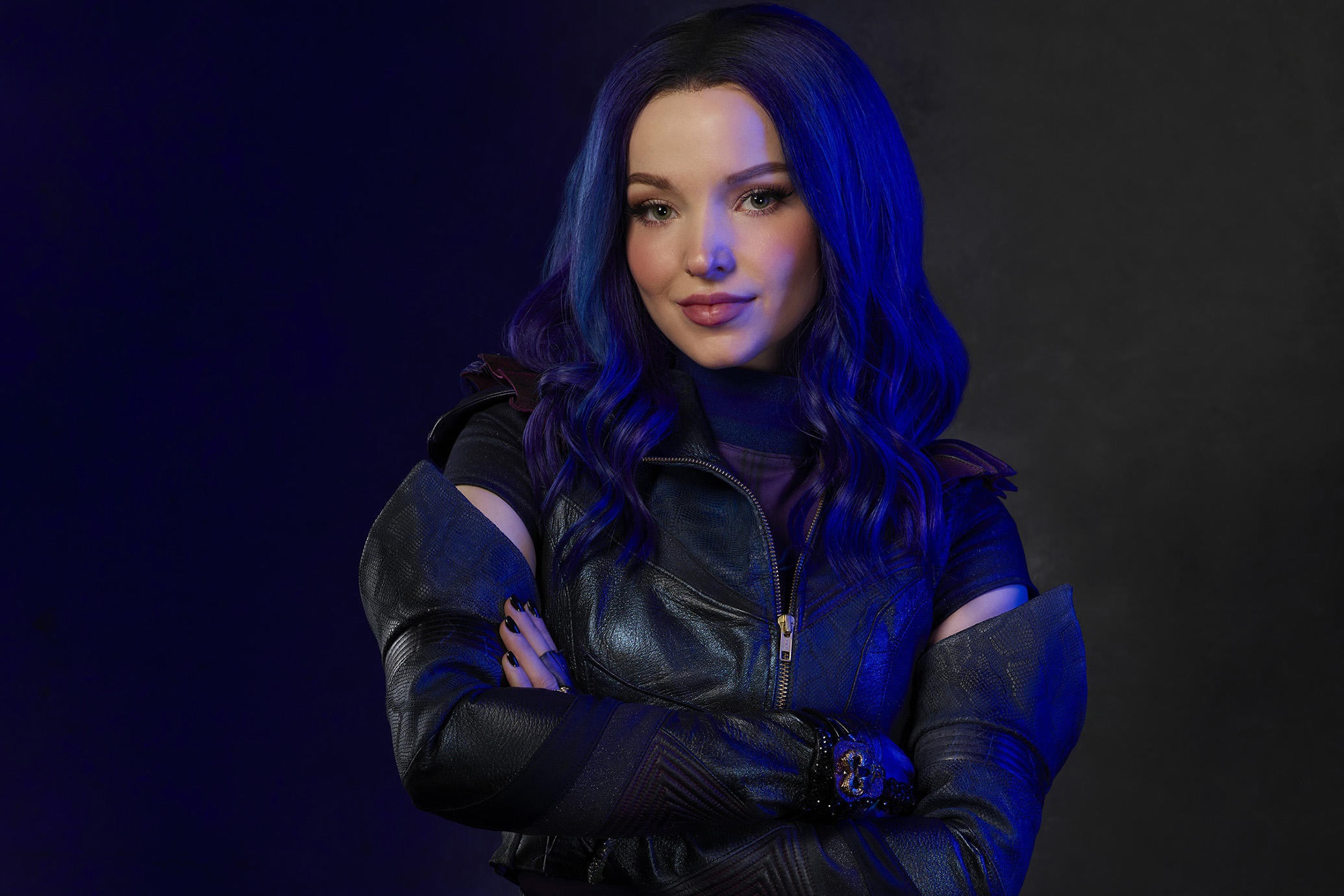 Samuel L Jackson is a man that needs no introduction. He is a legendary actor and has starred in an amazing lineup of films. Samuel L Jackson has starred in several films for the Marvel Cinematic Universe and the Star Wars franchises, where he played Nick Fury and Mace Windu, respectively. Jackson has also appeared in films for Disney and its film labels, including the Pixar films “The Incredibles” and its sequel, “The Great White Hype”, “The Negotiator”, “Jumper”, “Unbreakable”, and “Miss Peregrine’s Home For Peculiar Children” among a few others. Samuel L Jackson has become known for playing iconic characters and characters who become famous for their memorable oneliners and badass abilities. Samuel L Jackson is one of many actors who would be a no-brainer to get his own featured collection on Disney+. 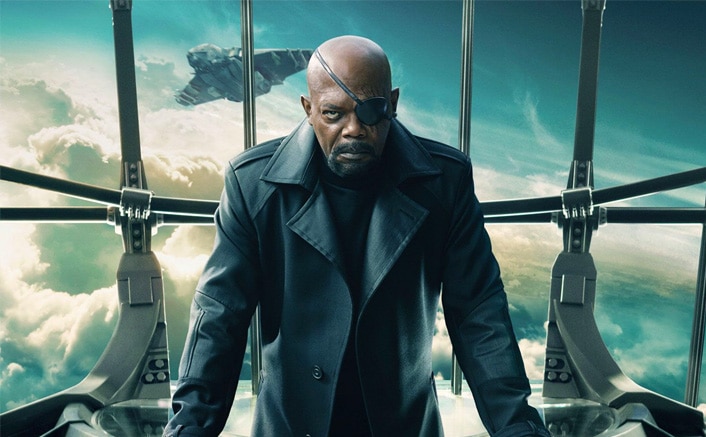 Throughout Disney’s century of operations, they have worked with potentially millions of different actors across all their major film and television labels. With some of the names mentioned on this list, it could be extremely easy to secure the rights to use the names, like the rights to license a Raven Symone or a Dove Cameron collection. However, some actors like Robin Williams may be a little harder to secure due to Robin no longer being alive and needing his estate to sign off on the licensing of his name. Disney+ would also have to be very selective on which actors get their own collections as some actors like Tom Holland or Rosa Salazar, who only really appear in one franchise for Disney, wouldn’t really need a collection on Disney+. All in all, out of every actor that ever lived, the one I wish Disney would give their own dedicated collection is the late great Robin Williams.

What Do You Think? Should Disney+ Offer Featured Collections For Actors?

Ethan is an autistic, type one diabetic, Disney fan who grew up with properties like Iron Man, The Lion King, Aladdin and Toy Story. Ethan wants to someday get his own books/films/TV shows made to inspire those with disabilities to be themselves, but for now, Ethan covers his opinions on Disney, their content and how Disney+ can improve.
View all posts
Tags: disney actors