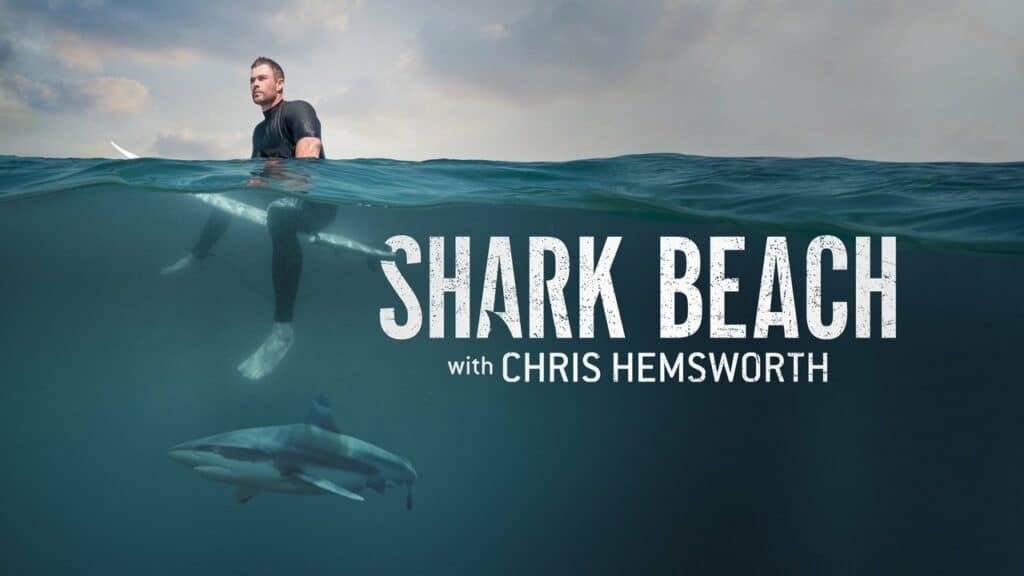 Australian actor Chris Hemsworth joins marine biologists as they study the shark population off the coast of Australia and look for ways for humans to peacefully coexist with the ocean’s top predator. This special for National Geographic gives us an up close and personal look at some of the oldest sharks in the waters and the dangerous habits that endangered some of the species. It also gives us a nice, inside look at Hemsworth’s personal love for sharks.

This is one of the coolest shark specials I’ve ever seen on National Geographic. I love learning about the different types of sharks in the ocean and which ones you are more likely to see depending on where you are diving. I also really love learning how people who make their living off the ocean still respect the creatures that occupy where they work. One of the coolest parts of this documentary was one of the women explaining how people in that area know not to go too deep into the ocean at certain times of year as the sharks are breeding. It’s a wealth of knowledge that more people should try to learn. Hemsworth works with crews trying to set up bait for sharks and goes diving with a shark expert to learn more about them. It’s a great way to put us in the ocean with sharks and to give us a sense that the person hosting the special knows what they are talking about. A lot of the DisneyNature documentaries will hire an actor to read narrator’s script. While those people do that well, something is missing. Hemsworth being willing to go diving where sharks are swimming lends credibility to his narration. Plus, the fact that Thor is narrating a documentary really speaks to me as a Marvel fan.

There’s a plethora of shark documentaries on Disney+ already and more are coming soon. Sharks are one of the most beloved creatures in the ocean despite the fact they can do major damage to a person if they decide to attack. That being said, most of the time in these documentaries, we see the filmmakers able to swim with the sharks without anything happening. It’s clear sharks are unlikely to attack unprovoked. I love how documentaries like this demonstrate that and how we can coexist peacefully. To many times, humans have been more dangerous to sharks than sharks have been to humans and it would be nice if we work together to treat them better.

What did you think of “Shark Beach with Chris Hemsworth?”

Jeremy has been a big Disney fan since he was a kid growing up during the Disney Renaissance. One day he hopes to go to every Disney Park in the world.
View all posts
Tags: Chris Hemsworth, disney, documentary, national geographic, review, Shark Beach