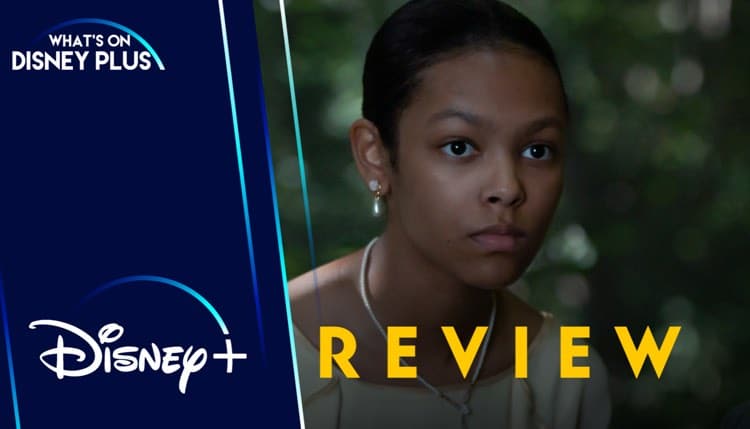 Griffin continues his mission to find the crystal to bring the time machine back to life and get Daisy and Harper to switch places in the most recent episode of “Secrets of Sulphur Springs.” Meanwhile, Ben found the crystal and gave it to his twins who don’t know how it’s connected to time travel. Harper has been having visions of a fire at the farm and convinces her great-great-great-grandfather to sell the farm because she fears the judge is going to hurt them if they don’t. And Savannah helps Joe get the time machine up and running in the 1960s and goes back to the 1930s to find Harper.

This may be the most impactful episode of the series, so far. We learn Joe’s motivation for time travel and his continued connection to the Springs. We learn about his desire to find medicine that would’ve helped his mother during a time when it didn’t exist. We learn how Savannah may end up being the most important person in helping Harper, Daisy and Griffin as she has finally gotten the time machine working. We learn about the gift of the sight running in Harper’s family and how she may be able to save some lives, even if it means creating other problems. And we learn how Topher’s curiosity and fear have created a major problem for Griffin and Daisy. The only thing we don’t know right now is who is the “ghost of the Tremont.” We saw Joe and Daisy’s mother look like a ghost in the past, but there have been hints that Joe will get stuck while time traveling. I can’t wait to see where this is headed. This series has done an amazing job of answering a question with another question to keep the mysteries coming. Almost every character has a defined story arc and as the series continues, I’m intrigued to see what happens to everyone else. The big question I have right now has to do with Ben’s dad. He showed up to help Ben and Sarah finish fixing up the hotel. And we know from season one he was involved with the Tremont when it was a summer camp. But every time he’s around, weird things happen. Why does the supposed “ghost” seem to want Ben Sr. gone? He’s the only character that seems to be angering the ghost enough for electrical surges. Everything else can be explained by gravity and wild imaginations by children. It seems like the ghost is telling us he’s bad news, but I don’t know why.

There are only three more episodes to go this season and there are so many questions to answer. This show has managed to pack a lot into 25 minutes each episode and I’m thrilled with what they’ve been able to do so far. The story arc of this season makes me excited for a potential season 3. There’s so much to tell and I have complete faith those making the show will deliver an exciting conclusion while also opening up more secrets to explore.

Jeremy has been a big Disney fan since he was a kid growing up during the Disney Renaissance. One day he hopes to go to every Disney Park in the world.
View all posts
Tags: disney, Disney Channel Original Series, It's About Time, review, Secrets Of Sulphur Springs