Harper and Griffin learn more about the portal they have entered and how one girl’s hatred for the living Savannah led her to rig the talent show against Savannah and into the favor of Griffin’s dad as a young boy in episode 2 of “The Secrets of Sulphur Springs.” The two kids vow to make sure the talent show isn’t rigged in an attempt to change the past. Meanwhile, back in the present, Harper’s mother doesn’t want her hanging out with Griffin, or at the hotel, and it’s hinted that she’s hiding a secret, much in the same way Griffin’s father appears to be.

This is a really entertaining series that, I believe, will peak the interest of many pre-teen viewers. It’s got a lot of suspense. I’ve watched the first two episodes with my 10-year-old son and he seems to be very interested in the storyline. As an adult, I wouldn’t just sit down and watch a Disney Channel show on my own, but I’m enjoying watching it with my son. It allows for some bonding time and I can appreciate the hard work that has been put into this show to make it appealing to the entire family. 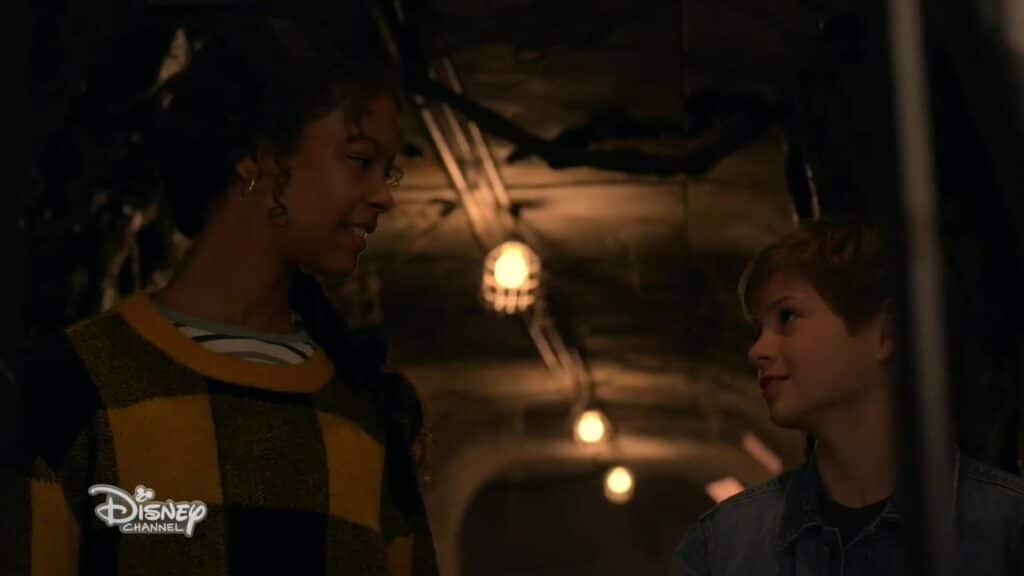 Overall, this is a really good series that I hope gets a decent run on the Disney Channel. This is a network that has a bad habit of canceling shows after three seasons to avoid pay raises. It’s one of Disney’s worse qualities and I hope the success of some other shows on the network has convinced them not to do that anymore. And, I hope the creators have the content to make this last longer than three season.

Jeremy has been a big Disney fan since he was a kid growing up during the Disney Renaissance. One day he hopes to go to every Disney Park in the world.
View all posts
Tags: disney, Disney Channel, review, Secrets Of Sulphur Springs, Somewhere in Time