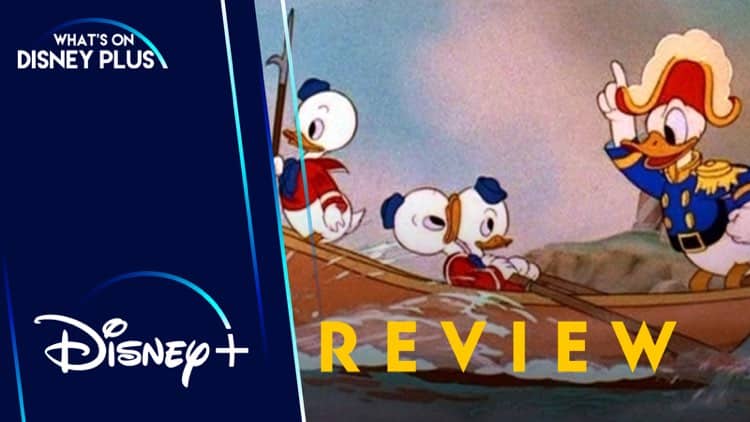 Donald Duck is a sea captain looking to whip his nephews; Huey, Dewey and Louie into shape in the 1939 short, “Sea Scouts.” The trio get thrown into life preservers when the anchor gets stuck, Donald gets hit by the mast, and Donald has to flee a shark. In the end, the hat Donald has been trying to protect gets rung around his neck leading to Donald meeting the shark head on and defeating the shark with one punch. Then, the boys row Donald to shore in a rowboat.

This is one of the funniest shorts I’ve seen, so far, featuring Donald Duck with his nephews rather than with the rest of the “Sensational Six.” I laughed every time something happen with Donald or with Huey, Dewey and Louie. It was the right blend of action and comedy for an animated short from 1939. And it ends perfectly with Donald getting one over on the shark and rowing away with a “rear admiral” joke to cap it all off. 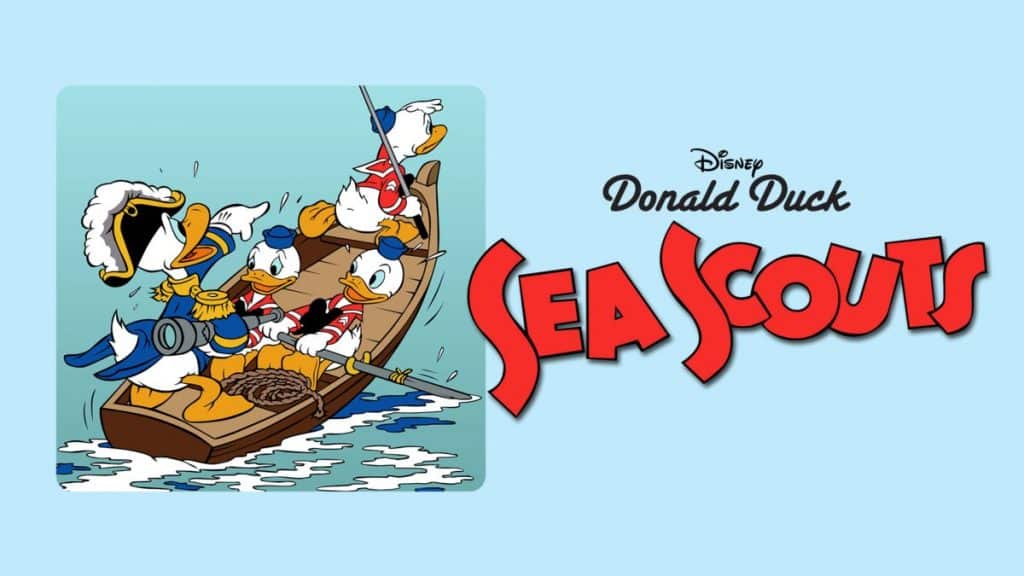 I have zero complaints with this short. I laughed from beginning to end. I felt just like a kid when the big image of Donald popped up at the beginning. It took me back to my Donald Duck Collection of Shorts VHS, I had as a kid. I loved seeing Huey, Dewey we and Louie be the butt of the early joke but still rush to help their uncle when he’s trying to escape the shark. This short hit me where I live.

What did you think of “Sea Scouts?”

Jeremy has been a big Disney fan since he was a kid growing up during the Disney Renaissance. One day he hopes to go to every Disney Park in the world.
View all posts
Tags: disney, Donald Duck, retro review, review, Sea Scouts, Walt Disney Animation Studios