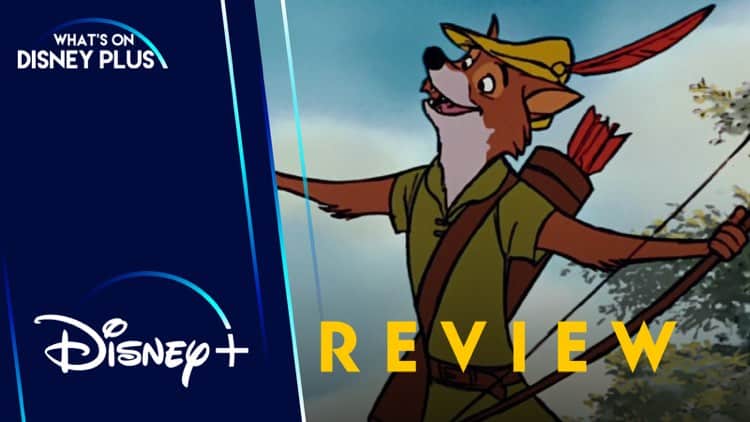 The tale of Robin Hood and his mission to rob from the rich to give to the poor during the villainous reign of Prince John is given the Disney treatment in the 1973 animated classic, “Robin Hood.” In this version, Robin Hood and Little John are already living in Sherwood Forest and robbing rich folks when Prince John is heading to Nottingham to gather the taxes collected by the Sheriff. Robin Hood and Little John rob the Prince which leads to him holding an archery tournament as a trap to capture Robin Hood. Eventually, Robin wins, gets captured, escapes, steals the money Prince John has collected from everyone and frees all of those imprisoned for not being able to pay their debts before finally marrying Maid Marian.

This is one of the wilder version of Robin Hood ever told. Robin Hood and Maid Marian are foxes. Friar Tuck is a badger. Little John is a bear. The Sheriff of Nottingham is a wolf. King Richard and Prince John are lions. And Prince John’s advisor, Sir Hiss, is a snake. It’s a great way to make the story relate more for children by making the main characters anthropomorphic animals. Some parts of the story is left out, but it’s still a lot of fun and the viewer is able to get the gist of the story. 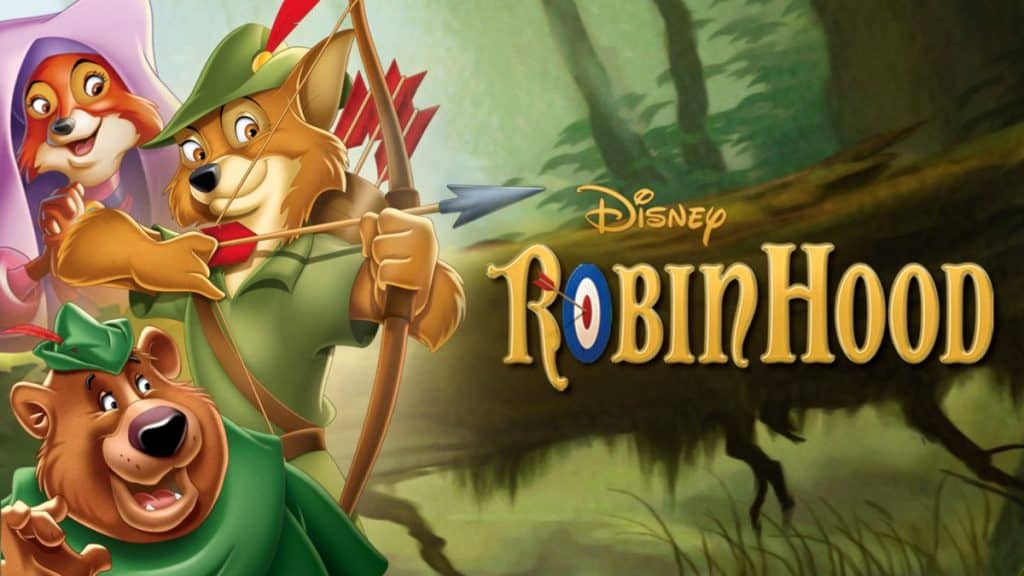 The 1970s is a weird time for Disney animated films. The studio is still trying to find its way after the passing of Walt Disney. There are some familiar voices in this film as Disney seemed to be keeping actors on retainer during this time period. Little John is voiced by Phil Harris who voiced Balloo, but he’s also drawn similarly too. It’s easy to forget that you’re supposed to be watching “Robin Hood” instead of “The Jungle Book.” A lot of that has to do with cost-cutting measures. Even though the quality of the movies hasn’t declined yet, it’s easy to see where they are trying to save money and it could reduce enjoyment for some viewers.

I really enjoy this movie. This is right in the middle of what some call Disney’s “Dark Age” or even it’s “First Dark Age.” I can’t speak to the quality of all the films of this era of animation yet, but this is definitely a great film during this time period. Like “The Aristocats” before it, “Robin Hood” continues in much of the same vein as the later films of Disney’s “Silver Age” of animation. This is a strong effort that’s a lot of fun.

What did you think of “Robin Hood?”

Jeremy has been a big Disney fan since he was a kid growing up during the Disney Renaissance. One day he hopes to go to every Disney Park in the world.
View all posts
Tags: Bronze Age, Dark Age, disney, First Dark Age, retro review, review, robin hood, Walt Disney Animation Studios