Earlier this year, Disney announced that it was creating a brand new series for Disney+ based on the Percy Jackson books.

The characters creator Rick Riordan has been spending the last few months putting together the scripts for the show, and today, his wife gave an update on Twitter on the upcoming Disney+ series.

Great news to share this morning. Yesterday our team sent the #PercyJackson pilot script up the chain of command at the TV studio for notes and approvals. Why is this news? Adaptation is a very slow collaborative process so we are excited for every step in the right direction! 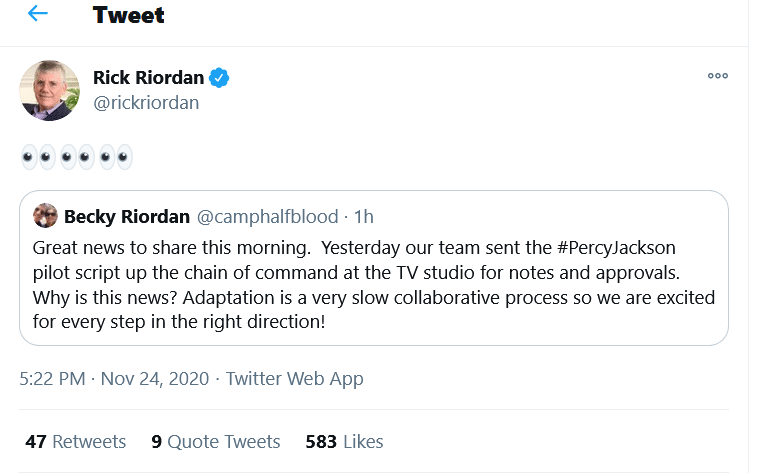 The new Percy Jackson series will still take a while before it arrives on Disney+, but these updates do show the process is underway.

There are 5 books in the Percy Jackson and the Olympians series, with each season of the show to focus on the events of one book.

Both Percy Jackson’s movies from 20th Century Studios are also available on Disney+ in some regions.

Are you excited for the new Percy Jackson Disney+ series?