Development is currently underway on a brand new series for Disney+ based on the popular book, “Percy Jackson And The Olympians: The Lightning Thief”.

Geared towards a general audience and especially tweens, teens, and young adults, the live-action series tells the fantastical story of a 12-year-old modern demigod, Percy Jackson, who’s just coming to terms with his newfound supernatural powers when the sky god Zeus accuses him of stealing his master lightning bolt. Now Percy must trek across America to find it and restore order to Olympus.

Earlier this month, the book’s author and the show’s creator, Rick Riordan and his wife, Becky, headed to Los Angeles to work on the new series.

Rick’s recently provided an update on the development of the new Disney+ series:

On Saturday, we headed to the Disney Studios in Burbank for some in-person chemistry read auditions for Percy Jackson. This means we brought together different combinations of young actors we had identified as interesting candidates for the roles of Percy, Annabeth and Grover, and had them read through scenes together to see how they interacted. It was informative and exciting, and though we have come to no decisions yet, the process is moving along well. Seeing these actors taking on the roles in person made me appreciate once again just how talented and capable middle school kids can be when given a chance to shine. They were all amazing. Special shoutout to our casting director Denise Chamian and her team, who did an incredible job putting the auditions together, and our director James Bobin, who directed the kids through their scene work. I wish I had had a drama teacher like James when I was twelve!

After spending time with the potential actors for the show, they then flew up to Vancouver, where they headed to the Mammoth Studios, which is where the new Disney+ series is going to be filmed, along with the upcoming FX series, “Shogun”.

The Percy Jackson production crew has just moved in to one part of this enormous complex, and construction has begun on the stages we will use. We are right next door to the production for Shogun, so I am hoping at some point we can stage a gigantic lunchtime battle between our demigods and their samurai.

It was also confirmed that filming on the new Disney+ series is due to start at the Mammoth Studios in Vancouver on June 1st.  Rick also provided an update on what’s going on at the site at the moment.

After touring the stages, we explored the Percy production offices, where prep work is underway for the show. We met our costume designer Tish Monaghan, who was reading through the illustrated Lightning Thief to brainstorm for costume ideas (good move!) and Dan Hennah, our production designer, whose team is busy creating the visual world in which Percy will travel. His office walls are covered with beautiful artwork of places you would recognize from The Lightning Thief: Mount Olympus, the Underworld, Aunty Em’s, Sally Jackson’s apartment, and many more, all done in a way that is true to the story, but also fresh and exciting. Dan Hennah, by the way, is from New Zealand, and spent the past few decades working on the Lord of the Rings with Peter Jackson, so Dan knows a few things about bringing magical worlds to life. 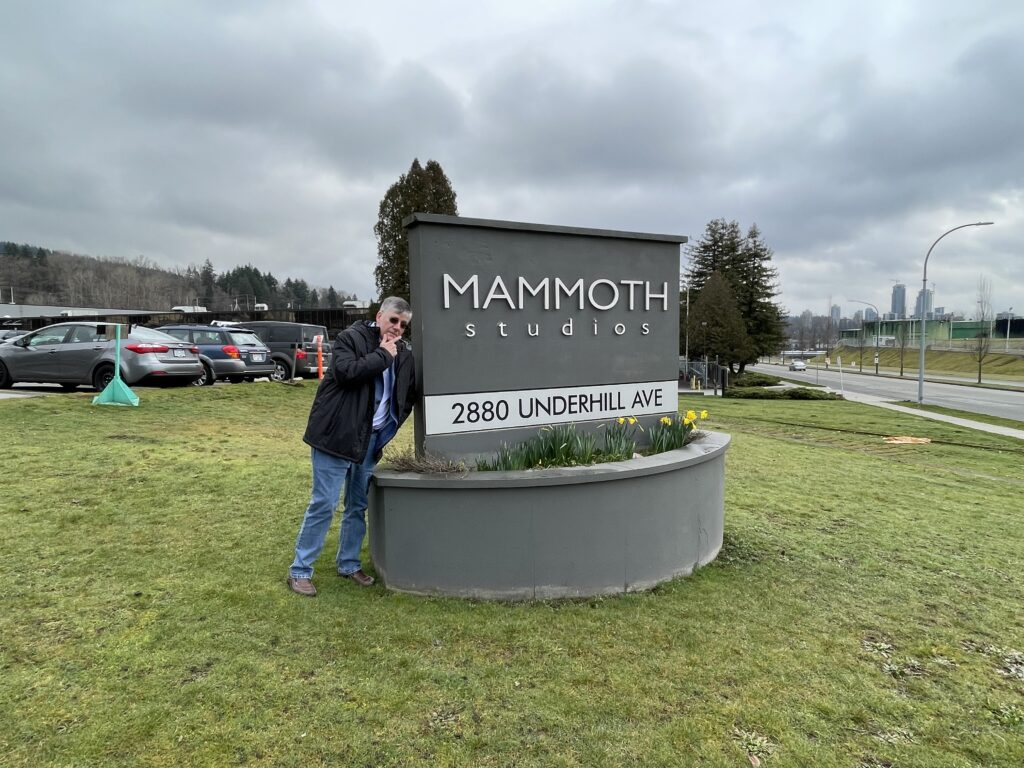 The series will be overseen by Jon Steinberg and Dan Shotz. James Bobin, who has previously directed an Disney+’s “The Mysterious Benedict Society”, will be directing the first episode.

No release date has been announced for the series, but with filming not starting until the summer and with lots of special effects to add, it certainly won’t be arriving on Disney+ this year.

Are you looking forward to the new “Percy Jackson & The Olympians” Disney+ Series?