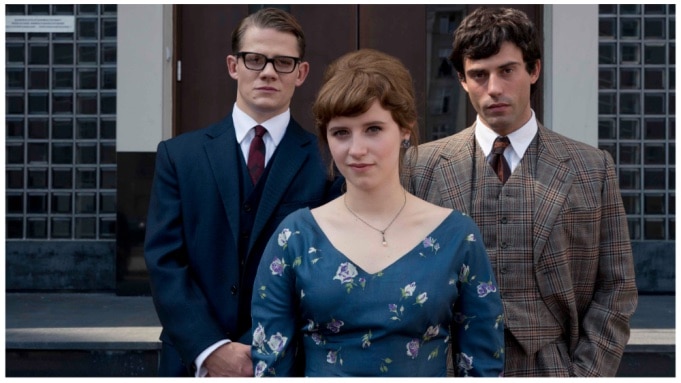 A brand new Disney+ Original series has been announced called “German House”, which is based on the best-selling novel of the same name by Annette Hess, who has also wrote the screenplay and will be serving  as the showrunner.

The new drama is about a young interpreter who is confronted with the shocking truth of the Holocaust during her work at the first Auschwitz trial in 1963.

This new five-part miniseries began filming in Poland in August and will be continuing until mid-December.   It is being produced by Gaumont Germany.

In a statement to Variety, Annette Hess, said:

“We are taking on the great challenge of telling the story of a trial of the century in a sensitive but also unsparing way.  At the beginning of the 1960s, the unsuspecting or pretending Germans and the world learned for the first time comprehensively and radically from the mouths of hundreds of witnesses about one of the greatest crimes of humanity, which is described for all time by the word Auschwitz. This trial was the first milestone in the process of coming to terms with the past, which continues and must continue to this day. We must never forget!”

“When I read Annette’s novel in 2018, I was both moved and fascinated at the same time and immediately started thinking about a possible film adaptation.  The special perspective of the young protagonist gives us an exciting glimpse into the abysses of our own history and how we deal with it, which has not yet been told in this way in German fiction,”

Isa Prahl (“Westwall”) and Randa Chahoud (“Deutschland 89”) will be serving as directors on the series.

Across Europe, Middle East and Africa alone, Disney’s International Content and Operations team are planning on creating 60 local productions by 2024 as it continues to work with outstanding creators and premium producers.

Roger has been a Disney fan since he was a kid and this interest has grown over the years. He has visited Disney Parks around the globe and has a vast collection of Disney movies and collectibles. He is the owner of What's On Disney Plus & DisKingdom. Email: Roger@WhatsOnDisneyPlus.com Twitter: Twitter.com/RogPalmerUK Facebook: Facebook.com/rogpalmeruk
View all posts
Tags: german house