Disney takes the concept of “Cars 2” and applies it to airplanes in this film from the company’s lesser known third studio in “Planes.” The film released from the Disneytoon Studios follows Dusty Crophopper, a crop duster with dreams of competing in a race around the world. When he qualifies by default because a plane with a better time was disqualified, he’s allowed to compete and finds a way to overcome his fear of heights to win the competition.

It’s a cute kids movie, but is very cliché. A crop duster, obviously, can’t compete with the types of planes racing in this film, but they find ways to make it work and have him develop friends who come to his rescue when the villain of the film nearly kills him. But, one of his friends finds a weakness, and he’s able to just edge out a victory. This is every kids sports movie ever made. The plot is the same as “The Mighty Ducks” and “The Big Green.” That being said, as long as you know it’s meant to be enjoyable for kids and not trying to entertain the whole family like a Pixar Studios film, then you can appreciate its value. 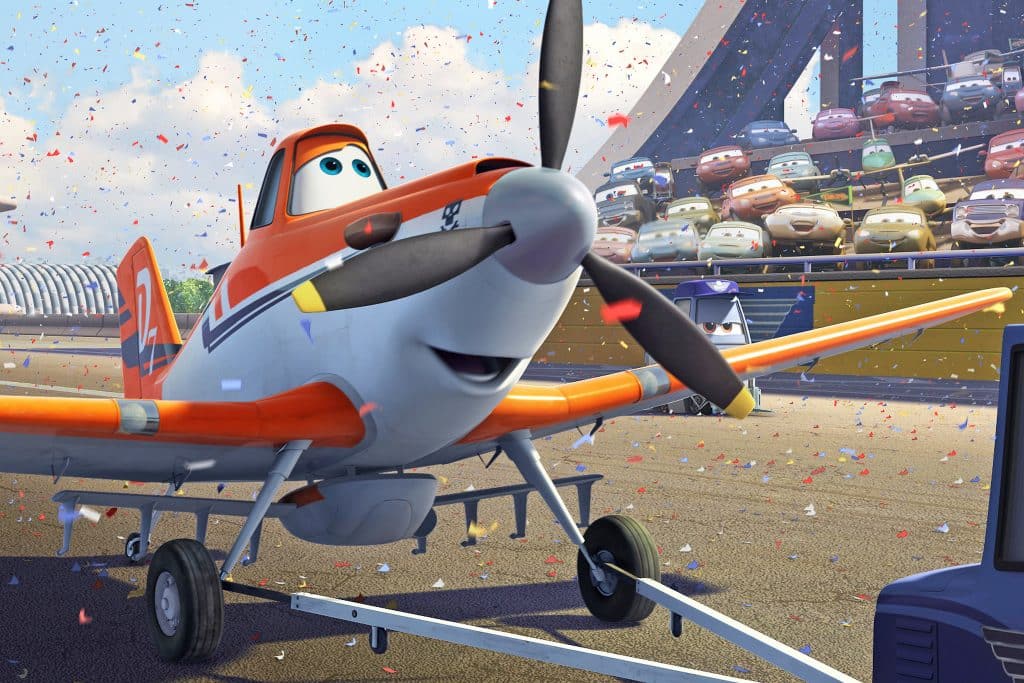 There are some great cast members who help make the film work. Stacy Keach has the perfect gravelly voice to make Skipper, the plane who trains Dusty on flying fast and high, seem like a great mentor. No, he’s not as good as Doc Hudson was in “Cars,” but he works for this film. Carlos Alazraqui and John Cleese step up as El Chupacabra and Bulldog, respectively. They are planes from Mexico and the United Kingdom. While they can be seen as stereotypes, they are also seen as respected characters who help Dusty along the way. The real issue in casting in this film is Dusty, himself. I don’t find Dane Cook funny. He doesn’t bother me in this film as much as he does in his standup, but he’s just meh. He doesn’t pull the Larry the Cable Guy performance out of his hat. Larry the Cable Guy made Mater fun and funny in “Cars.” But, Dane Cook doesn’t make Dusty fun or funny in “Planes.” He’s more like Mater in “Cars 2,” which was disappointing.

The first time I saw this film, my mother came up for a visit and my son wanted to watch his new movie with his grandmother. It was an enjoyable time watching the film together, but I would never sit down and watch this one by myself. It doesn’t have the broader appeal of a Pixar film. It’s cute. It’s fine. It’s great for kids. But, it’s not much more than that.

What did you think of “Planes?”