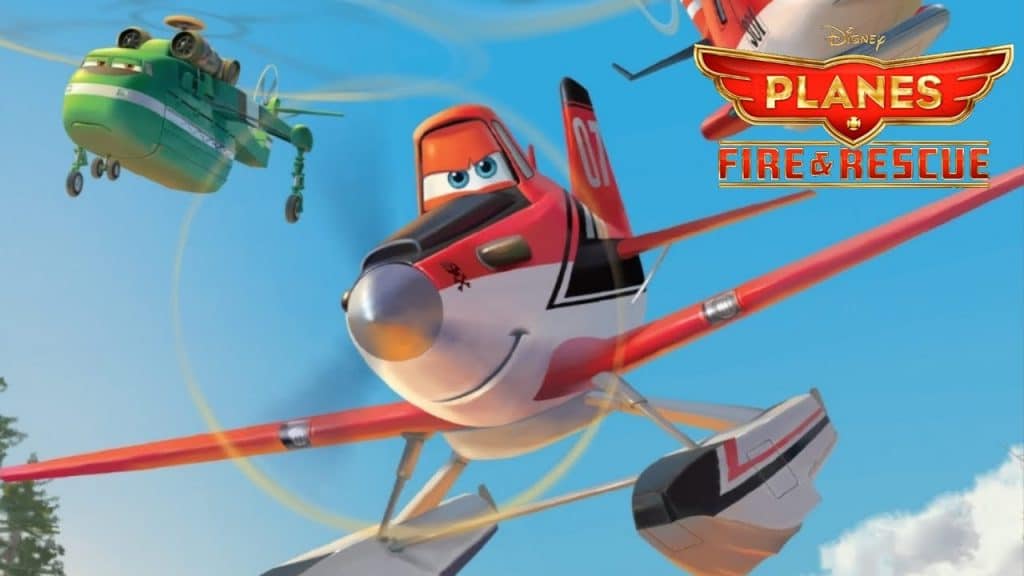 Dusty Crophopper is back, but this time, instead of racing across the world, he’s helping put out fires in “Planes: Fire and Rescue.” In this film, Dusty is an accomplished racer who pushes his out of date gearbox beyond its limits. Unable to race, and fearing having to return to a mundane life as a crop duster, Dusty pushes his gearbox too far forcing a crash landing that starts a fire. He then learns how to put out fires and work with a rescue team giving him a new purpose in life.

This is a solid, but lesser sequel to “Planes.” Dusty is a very likable character overall and is easy to get behind, even when he’s not really using his brain. Fame has gone to his head a little bit here, but you still see some of the loveable little crop duster that took the world by storm in the first film. And, after going fast for so long as a racer, I understand why it would be hard to go to a slower lifestyle. It’s why so many racecar drivers still do things in association with the sport instead of becoming something mundane like a farmer; even if farmers and crop dusters are more necessary than racers.

The Disneytoon Studios film series about airplanes that is supposed to be set in the same world as “Cars” always feels a lot lesser than its Pixar Studios counterparts. The two films are fine but not as good as the “Cars” films overall. Disneytoon seems to be the forgotten studio, and while it’s animation style is less than impressive, it still produces some enjoyable films. This one is decent and one that I would recommend for anyone who enjoyed the first “Planes” film.

What did you think of “Planes: Fire and Rescue?”

Jeremy has been a big Disney fan since he was a kid growing up during the Disney Renaissance. One day he hopes to go to every Disney Park in the world.
View all posts
Tags: disney, Disneytoon Studios, Planes, Planes: Fire and Rescue, review