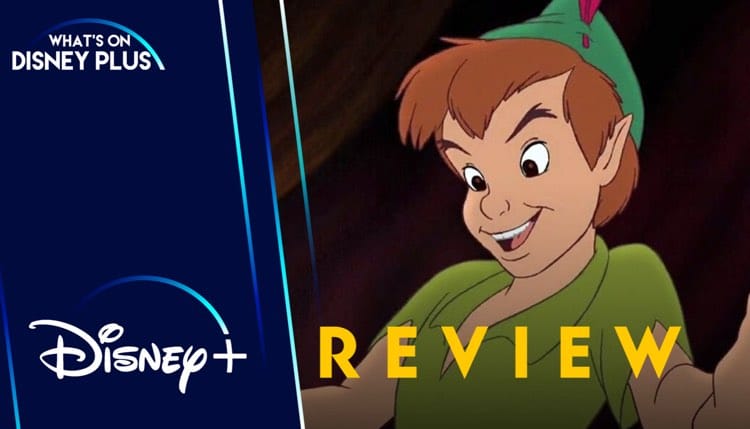 The company that has made children happy for more than 100 years takes on the story of the boy who never grows up in “Peter Pan.” The 1953 animated film follows Peter Pan as he takes Wendy, Michael and John to Neverland to live with him and the lost boys. But, when Tinkerbell becomes jealous of Wendy, Captain Hook is able to capture her and the boys. Peter must fight Captain Hook and return Wendy, John and Michael to London.

This is a classic film that tells an iconic story. But this version doesn’t really stand the test of time. Parts of it do, but parts of it don’t. The main crux of the story is great. Peter Pan brings Wendy to Neverland because she doesn’t want to grow up. He wants her to be a mother to the lost boys, but she realizes she’s ready to grow up and wants to go home to be with her own mother. That’s an iconic story that’s easy to re-tell. Also, the idea of pirates attacking the lost boys and Captain Hook wanting revenge because Peter Pan had cut off his hand works well for older audiences. Some young kids may be afraid, but as they get older, the kids will appreciate the sense of danger that is present in the Captain Hook scenes. There is one obvious part of this film that doesn’t stand the test of time though. The depiction of the “Indians” does not hold up. Some have called for them to be removed entirely, but I’m not sure that needs to be done in subsequent retellings. They need be presented in a more culturally sensitive manner. They can keep the part where the lost boys and the tribe play games with each other. If they are capturing each other and letting each other go, that part can still work. However, the “What Makes the Red Man Red” song is not good. It’s catchy but having Peter Pan explain to others about the tribe doesn’t work. There are far better ways to incorporate the tribe.

Overall, I like this movie. I like the main story. But there are some changes that need to be made to update the story. It’s received a lot of flak in recent years, and while some of it is deserved, there’s more to enjoy about this film than there is to complain about. I would recommend this film to anyone whose kids love stories of pirates and flying. But I would also recommend parents have a conversation with their kids about parts of it. Some want works of art like this locked away. I don’t. I want it out there, warts and all, so we can have open dialogue.

What did you think of “Peter Pan?”

Jeremy has been a big Disney fan since he was a kid growing up during the Disney Renaissance. One day he hopes to go to every Disney Park in the world.
View all posts
Tags: disney, Peter Pan, retro review, review, Silver Age of Animation, Walt Disney Animation Studios