Decades after the events of the first “Peter Pan” film, Wendy’s daughter Jane finds herself in Never Land and in the middle of the battle between Peter Pan and Captain Hook in the 2002 film, “Peter Pan 2: Return to Never Land.” While Wendy’s husband, and Jane’s father, is away at war, Jane and her brother are being evacuated from London. That’s when Captain Hook arrives and whisks her away to Never Land, because he thinks she’s Wendy and is hoping to use her to capture Peter Pan. It leads to Tinker Bell nearly dying, Jane becoming the first ever “Lost Girl,” and a giant octopus attacking Captain Hook and his crew.

This is one of the many sequels from the time in the 1990s and early 2000s when every Disney classic was getting a sequel from the Disneytoon Studios. While most were straight to video, this is one of the few that was released in theaters and it did quite well for itself. The film made $115 million at the box office on a $20 million budget, so it nearly made six times as much money as it cost. There’s no denying it was a commercial success, but it was far from a critical success. 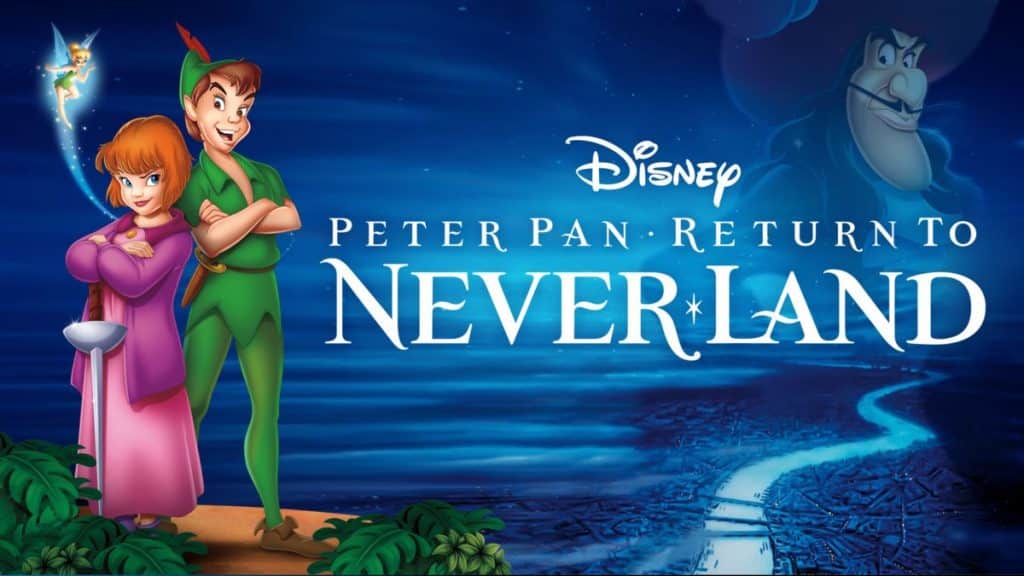 This film’s songs are very forgettable. That’s both good and bad when compared to the original “Peter Pan.” None stand out like the impeccable “You Can Fly!” But none of them are cringe worthy like the awful “What Makes the Red Man Red?” While the songs are forgettable, the story has its moments. Unlike the first film where Peter Pan is looking for a mother for the lost boys, here he is willing to accept Jane as a lost girl. Admittedly, she’s very anti-Peter Pan at the beginning of the film because she has “no time for stories.” But she grows as a person and is very helpful to Peter Pan, especially when she figures out how to help Tinker Bell after being the cause of Tink losing her powers. If we didn’t have the first “Peter Pan,” this would be an excellent story, but, as a sequel, it’s only okay.

The Disneytoon sequels to Disney classics can be hit or miss, but I enjoyed this one. It was far from spectacular, but it was still enjoyable. If you have a young one who loves Peter Pan, it might be a good idea to show this one to them. There’s a lot of fun to be had and it’s intended for younger audiences. It might not be fun for the whole family, but it can be fun for younger kids. Give it a whirl.

What did you think of “Peter Pan 2: Return to Never Land?”

Jeremy has been a big Disney fan since he was a kid growing up during the Disney Renaissance. One day he hopes to go to every Disney Park in the world.
View all posts
Tags: disney, Disneytoon Studios, Peter Pan 2, retro review, Return to Never Land, review