One of the most anticipated Disney+ Original series currently in development is “Percy Jackson and The Olympians”, which was announced at last years Investor Day event and recently Percy Jackson’s creator Rick Riordan took to his personal blog to give us an update on the series:

Possibly the coolest thing we did this week was visit Industrial Light and Magic’s “Volume” stage, where Star Wars TV shows like The Mandalorian are filmed. This trip was just to see how the technology works and what it can make possible for a show like Percy Jackson. To be clear, this is not where we will be filming. But the hope is that when we do film, we will be able to use a similar process and learn from ILM’s cutting-edge expertise. If you’re not familiar with the Volume and how it works, there is a short YouTube documentary publicly available here. It is pretty incredible stuff that puts you in the middle of a 360-degree virtual environment. They even plopped us in the middle of deep space at one point and let me punch the button “enter hyperspace.” Suddenly, we were doing the Kessel Run in less than twelve parsecs. The effects are so real we were warned to be careful if we had motion sickness, and they weren’t lying.

The technology developed for the Volume is drastically changing how Disney is making its films and shows, since it means they can film in different locations, without leaving the actual set, making it much cheaper as the cast and crew don’t have to go to those locations.  It’s interesting that Rick says the series won’t be using the actual volume, but something similar.

Rick also provided an update on when filming is due to begin:

If all goes well and the full green light happens as expected, we could begin filming in June, but as always, this is my own personal estimate and should not be taken as official word from Disney or 100% certain. Having said that, all signs are positive. The excitement is high at Disney+, at the 20th TV studio, and with the production team. We have just delivered the second episode script to the studio and are forging ahead with outlines for episodes 3 and 4, with the expectation that these will be done and approved by January, at which point, fingers crossed, we will get approval for full green-light. In the meantime, though, we are not waiting, and are proceeding forward on all fronts.

This is still a vital point, technically, the series hasn’t got the greenlight, but it does sound like its getting closer to that moment.  Rick also provided us with an update on the casting and confirmed the director of the pilot episode.

The casting department started gearing up again this week, though I don’t yet have any contact information on open casting to share with you yet. As soon as I do, I will. The general casting call information for the talent agencies has already been shared on social media, however (Becky informs me) and includes some basic information which I can confirm: the plan is to film in Vancouver (again, assuming all goes as planned, which I think it will) and our pilot director will be James Bobin, who is both a terrific person and an incredibly talented director who checks all the boxes we were hoping for in a partner. He recently directed the pilot for Mysterious Benedict Society, which I loved and found very true to the source material, and he has worked on everything from creating Borat and Ali G with Sacha Baron Cohen to Flight of the Conchords to Muppets to Dora and the Lost City of Gold (which the Riordans found an incredibly fun adaptation of our beloved Dora the Explorer cartoon from the kids’ childhood.) James knows the Percy books well. His kids are fans. His humor is wonderful. We are in good hands, demigods, and lucky to have him joining our team. Keep your fingers crossed that everything goes the way we expect!

We are also working with visual effects artists to find the right “creature work” look for the show, and hiring more members of our core “behind-the-scenes” production team. It was great to see our colleagues in person again and get excited together about all the possibilities for this show. You know me: I am always cautious and doubtful about adaptations, but I am growing increasingly confident this project is going to move forward as planned, and it’s going to be awesome. 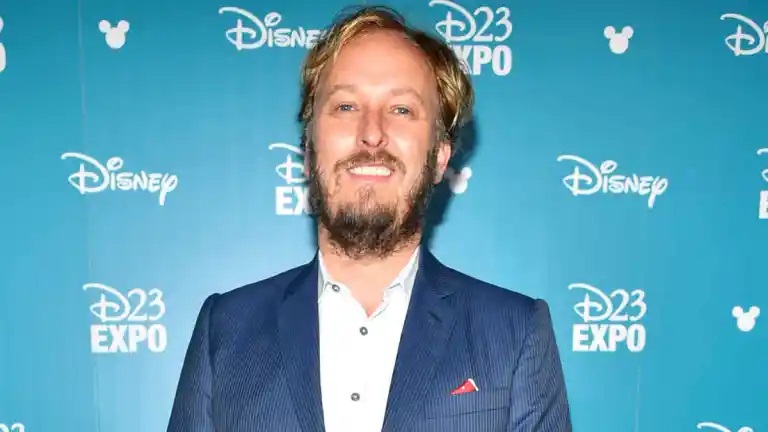 It does sound like all the pieces are slowly being put into place.  Rick’s regular updates are helping keep Percy Jackson fans in the loop over the creation of the show, keeping expectations in check.  Hopefully, the greenlight for the series is revealed soon.

Are you looking forward to seeing the new “Percy Jackson” series on Disney+?