Earlier this year, Author Rick Riordan, announced that he was working on a brand new Percy Jackson series for Disney+. Fans have been super excited for this upcoming Disney+ exclusive series, however many aren’t aware of how long a series is in production before it hits our screens.

Rick Riordan has taken to Twitter to give fans a little insight into how long it might take before we see the series on Disney+. 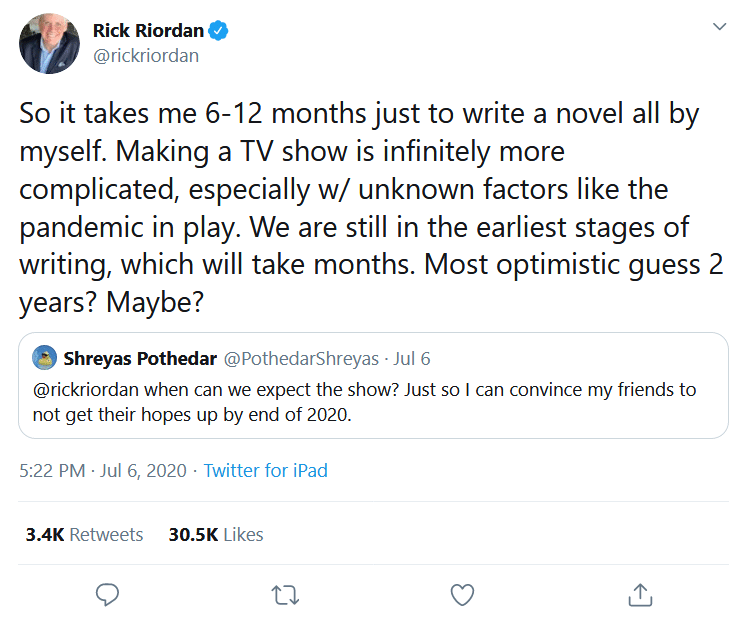 His prediction of it taking over 2 years, will no doubt be a disappointment to many Percy Jackson fans, but it should hopefully put fans at ease, knowing it won’t be coming anytime soon.

The first Percy Jackson movie is already available on Disney+, with the second movie, “Sea Of Monsters” set to arrive on Disney+ in the US later this week.

Are you looking forward to a new Percy Jackson series on Disney+ ?