National Geographic takes a look at the most damaging oil spill of the 20th century and how things have changed since the Amoco Cadiz went down off the coast of France back in 1978. This documentary follows the son of an oil tanker captain who sails the seas himself, as he recounts the events of the Amoco Cadiz’s sinking, meets some of the people who were affected by it both professionally and personally, and learns more about the changes that have come to many industries that transport cargo over the in the 40 years since.

The ship lost its way and ran aground off the coast of Brittany, France in March of 1978. It eventually split into three and sank spilling more than 220,000 metric tons of oil into the water. It’s the single greatest oil spill of the 1900s, even more than the Exxon Valdez spill. Through the recreation of events, we learn that once the captain of the Amoco Cadiz understood the ship was adrift, he had to call the main offices in Chicago to get permission to be towed and that wound up causing major issues. A German tugboat heard the distress call and responded to offer a tow but the captain had to turn it down since he hadn’t been able to reach his bosses in the United States. Unfortunately, the ship would run aground, break apart and sink before another ship could get out to tow it. 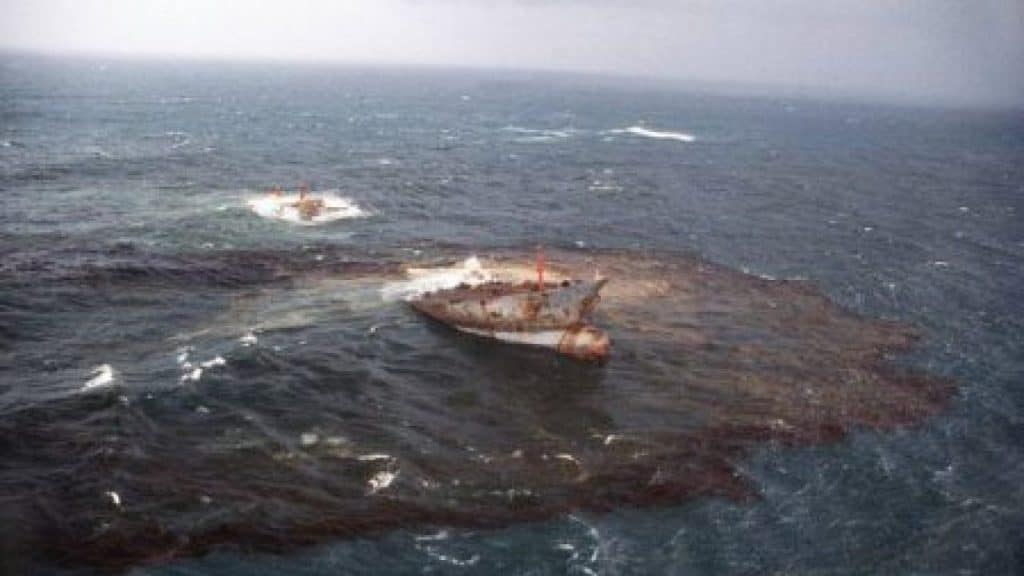 This spill wound up being enough to lead to some major environmental changes to the shipping and oil tanking industries. It took six years before things even started getting back to normal, but with new measures in place, it led to some safer and better shipping. Many within the industry are now more considerate to the environment, the wildlife and the people who help make the world go round.

The narrator said something that caught my attention. The Amoco Cadiz had to sink for things to improve. It was the wake up call that people needed. It’s sad to think that’s the point we were at in the 1970s. It’s sadder to think that some people still haven’t learned those lessons 40-plus years later. But, we are better off today thanks to the advancements made in the wake of the spill. It’s terrible the spill happened, but it was one of the greatest teaching moments in the world’s history.

What did you think of “Oil Spill of the Century?”

Jeremy has been a big Disney fan since he was a kid growing up during the Disney Renaissance. One day he hopes to go to every Disney Park in the world.
View all posts
Tags: disney, national geographic, Oil Spill of the Century, review