Earlier this year, FX’s Eric Schrier was promoted to president of Disney Television Studios & Business Operations, Disney General Entertainment.  To fill the void, Disney’s FX has announced that Nick Grad and Gina Balian have been given the new titles of co-presidents of FX Entertainment.

They now have expanded responsibilities, including oversight on development and current series, in addition to oversight of Casting, Production and Business Affairs.   Their previous roles of President of Original Programming have been eliminated.

The pair has previously developed a number of popular shows, including the recent Hulu/Star hits, “The Old Man”, “Reservation Dogs,” “Welcome To Wrexham”, “Under The Banner of Heaven” and “The Bear”.  They’ve also helped develop “The Americans”, “American Crime Story”, “Atlanta”, “It’s Always Sunny in Philadelphia” and much more.   Other upcoming Hulu/Star shows that have been created by the duel include “Kindred”, “Fleishman Is In Trouble” and “Shōgun”. 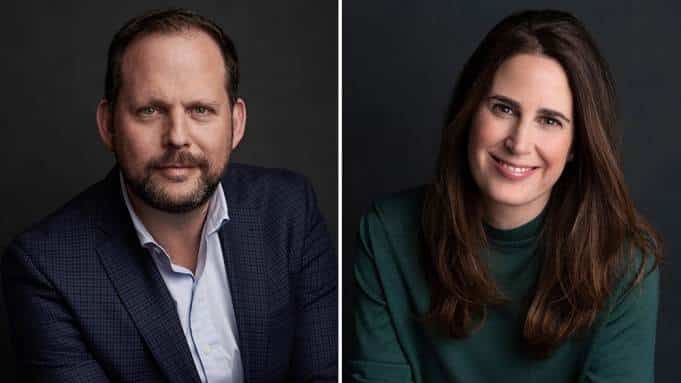 “Gina and Nick are two of the most talented, respected and trusted creative executives in the business, and their track record for identifying and developing acclaimed, award-winning hit shows is undeniable. They have played an integral role in the success and growth of FX, building an outstanding team, and it gives me great comfort knowing they, with a combined 30 years of experience at FX, will continue to be anchors of creative stability, fearless risk taking and excellence for the FX brand moving forward.”

In a statement, Gina Balian said:

“FX is a special place. The care, dedication and passion of how all of my colleagues do their jobs is inspiring. As for John and Nick, I couldn’t ask for two smarter, professional and kinder partners and I’m very excited about this opportunity. We’re only as good as the team around us and, fortunately for us, we have an incredible team.”

“The beauty of FX is the desire of everyone to aspire to the highest standard of quality, and that has not changed in the 20 years I’ve been here. It starts at the top with John, and Gina is equally committed in her pursuit of excellence. We will continue to put our creative partners first and do everything we can to support their vision, which is a hallmark of the FX brand.”