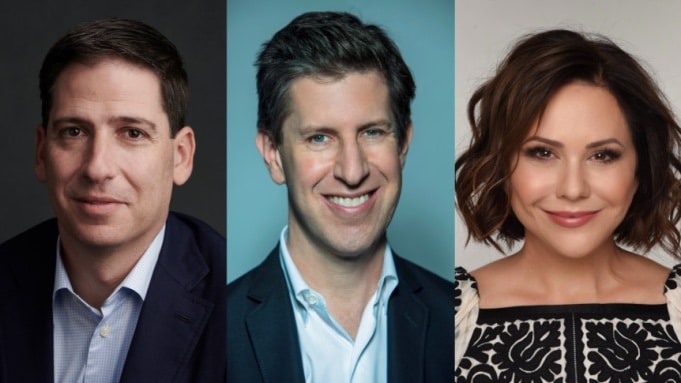 Disney has announced some changes within the Disney General Entertainment division, with details on three executives receiving some expanded leadership roles, which will impact on Disney+ and Hulu, plus linear networks.

“I am incredibly fortunate to be working with some of the very best executives in our industry, and Craig, Shannon and Eric are exactly that – the best. These are proven leaders with both incredible creative sensibilities and strong business acumen. Additionally, they have long and impressive track records of supporting their teams and our amazing creative partners to do their very best work.”

Craig Erwich is now president of ABC Entertainment, Hulu & Disney Branded Television Streaming Originals. He will continue to oversee ABC Entertainment and Hulu Originals while adding Unscripted and Alterative Entertainment, and Disney Branded Television Streaming Originals to his oversight. Erwich is one of the most experienced creative leaders in streaming, having overseen the Hulu Originals brand since 2014. He has also been pivotal in helping ABC remain No. 1 in entertainment for three consecutive seasons. He’s had an incredible track record of award-winning hits developed under his leadership including “The Handmaid’s Tale,” “Only Murders in the Building,” “Abbott Elementary,” “The Great,” “Ramy,” “The Dropout,” “Dopesick” and “The Kardashians.” Aligning Disney Branded Television Streaming Originals under Erwich leverages his expertise in streaming and will help bolster DBT’s content strategy for fueling Disney+ with broad, family-appealing original programming. Ayo Davis, president of Disney Branded Television, will report to Erwich for streaming strategy and content, and will continue to report to Walden for programming on the Disney Channel and Disney Junior cable networks. Also added to Erwich’s direct reports are Sharon Klein, EVP of Casting, and Rob Mills, EVP of Unscripted and Alternative Entertainment.

As president of Marketing, Disney General Entertainment, Shannon Ryan will expand her in-house marketing agency to include Disney Branded Television and National Geographic Content. Since 2020, Ryan has led an internal agency responsible for the marketing and publicity of shows from ABC Entertainment, ABC News, Freeform, Hulu Originals, Onyx Collective and Disney Television Studios. She is an award-winning creative leader and was recently named one of Forbes’ Most Entrepreneurial CMOs and Adweek’s Top 30 Standout CMOs. Her team brings programming to market in the most unique and impactful ways including recent campaigns for hits “Abbott Elementary,” “Only Murders in the Building,” “The Dropout,” “Dopesick,” “The Great,” “The Kardashians,” “Pam & Tommy,” “Candy,” “Nine Perfect Strangers,” “Cruel Summer” and Oscar(R) winner “Summer of Soul (…Or, When the Revolution Could Not Be Televised).” Her work this year helped DGE garner a record-breaking 117 Primetime Emmy(R) Award nominations, and 41 News and Documentary Emmy nominations – the most in over four decades for ABC News. With the move of the DBT and Nat Geo marketing and publicity teams to Ryan’s organization, Pam Levine will report directly to Ryan. The marketing for FX will stay with Stephanie Gibbons, president, Marketing, FX, who has successfully overseen the brand for the past 18 years.

In his new role, Eric Schrier moves over from FX, where he was president of FX Entertainment, to take on a newly created position. As president of Disney Television Studios & Business Operations, Disney General Entertainment, he will be leveraging his experience built over two decades at FX with highly respected Chairman of FX and FX Productions John Landgraf. Schrier will take a cohesive approach to operations across DGE while shepherding the teams at Disney Television Studios, including 20th Television, 20th Television Animation and ABC Signature. Throughout his career, Schrier has demonstrated a commitment to creators and the execution of their creative vision including the hit FX series “Nip/Tuck,” “It’s Always Sunny in Philadelphia,” “Archer,” “Sons of Anarchy,” “Justified,” “The Americans,” “Atlanta,” “Fargo,” “Snowfall,” “The Old Man” and “The Bear.” Starting with “The Shield” in 2002, Schrier has been creatively involved with more than 100 FX original programs, totaling almost 2,000 hours of content, which earned 452 Emmy Award nominations and won 82. Reporting to Schrier is studio heads Karey Burke, president of 20th Television; Marci Proietto, EVP, 20th Television Animation; Jonnie Davis, president of ABC Signature; and in business operations, Trisha Husson, EVP of Strategy & Finance.

With these changes, Bryan Noon is stepping down but will stay on for a transition period.