Since Disney+ launched in late 2019, the streaming service has been dominated by original programming by Marvel and Star Wars, such as “The Mandalorian” and “Loki”.  Nothing else has pulled in audiences like it for Disney+, and according to some recent data by Parrott Analytics, this has caused a big skew in viewership to male viewers in the United States.

Disney+ has a skew of 14.6% for males, compared to a 10.1% skew for females with Hulu.   If you look back at the last three years’ worth of Disney+ Originals, the majority of them that have been mainstream hits are Marvel and Star Wars titles.  And in this chart, you can see how Disney+ stands out from every other streaming service in the US. 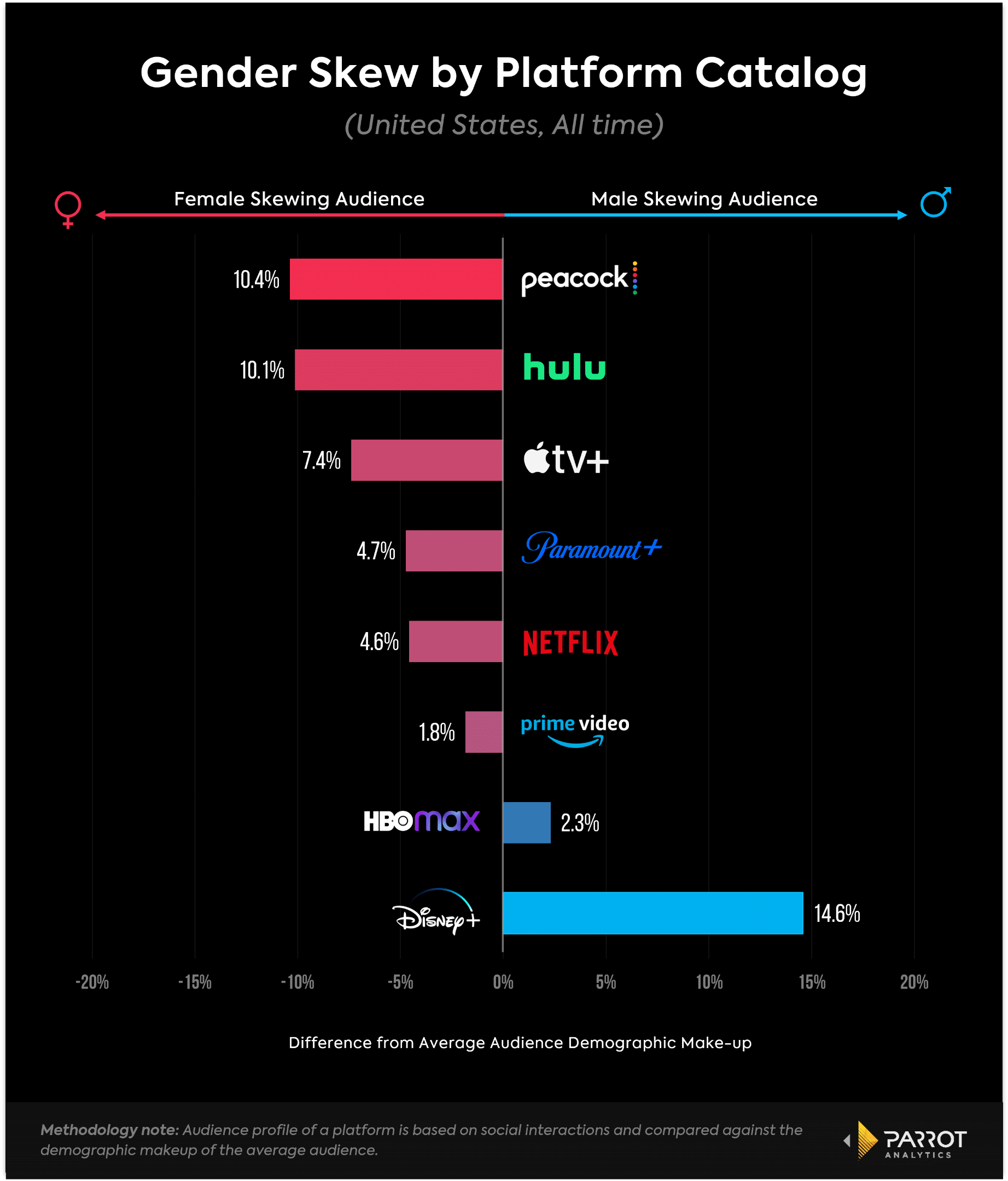 It’s worth pointing out that internationally, Disney+ will have a very different chart, since it has content from across the Disney Studios, with shows like “Grey’s Anatomy”, which would appear on the Netflix and Hulu portion of the US chart.

The data also revealed that “The Mandalorian” was the second most popular scripted streaming series in the United States, behind Netflix’s “Strange Things” and above other successful shows like “The Boys” or “The Handmaid’s Tale”. 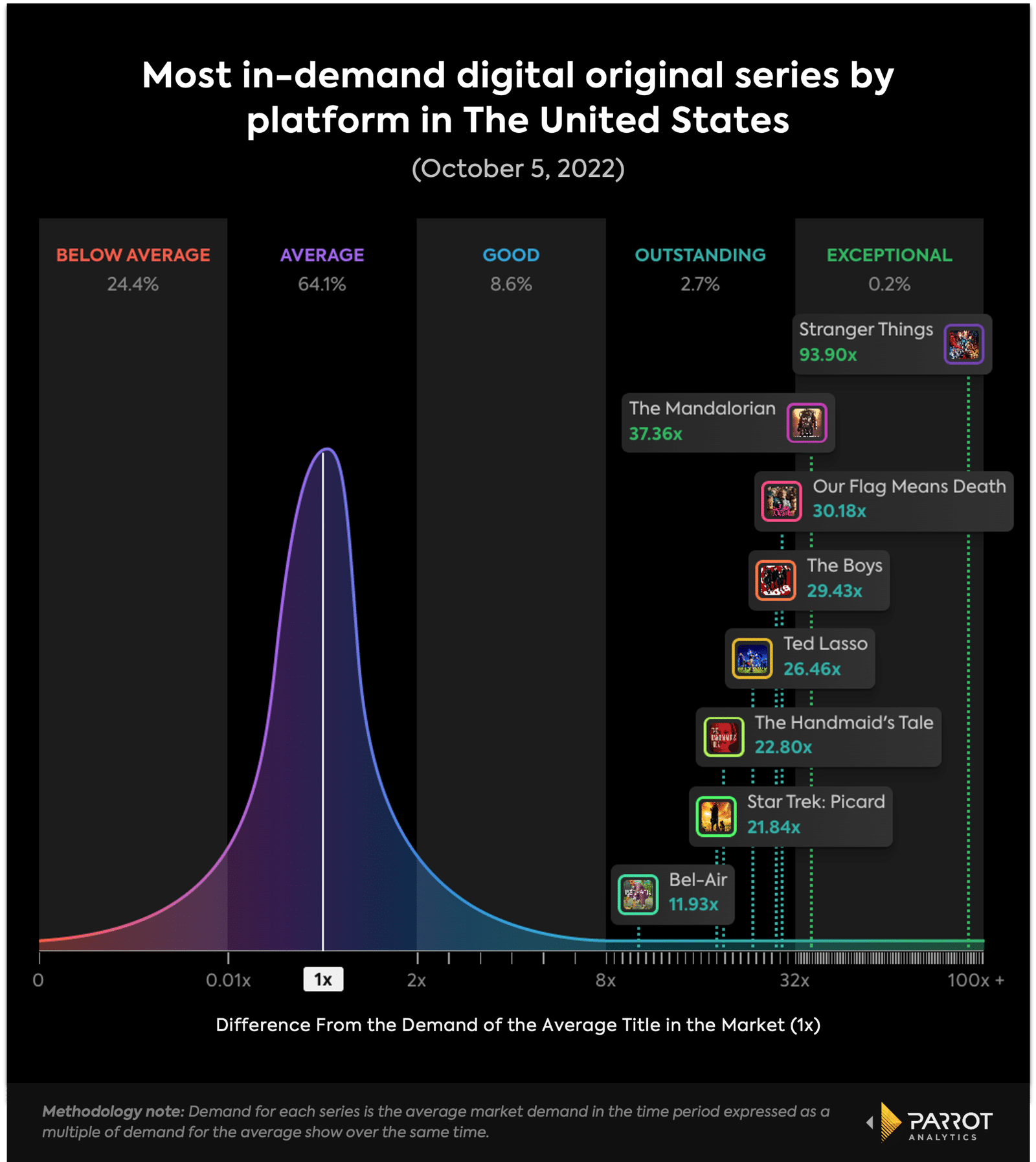 Back before Disney+ launched, Disney executives said that they wanted Disney+ to reach all four quadrants of the audience, which means appealing to adults and children of all ages. But the latest data does indicate that males are tuning in more often for the latest content. Disney+ hasn’t yet had any major scripted shows that appeal to a female audience, such as “The Kardashians” or “Grey’s Anatomy”, which are on Hulu in the United States, but are exclusive to Disney+ internationally.