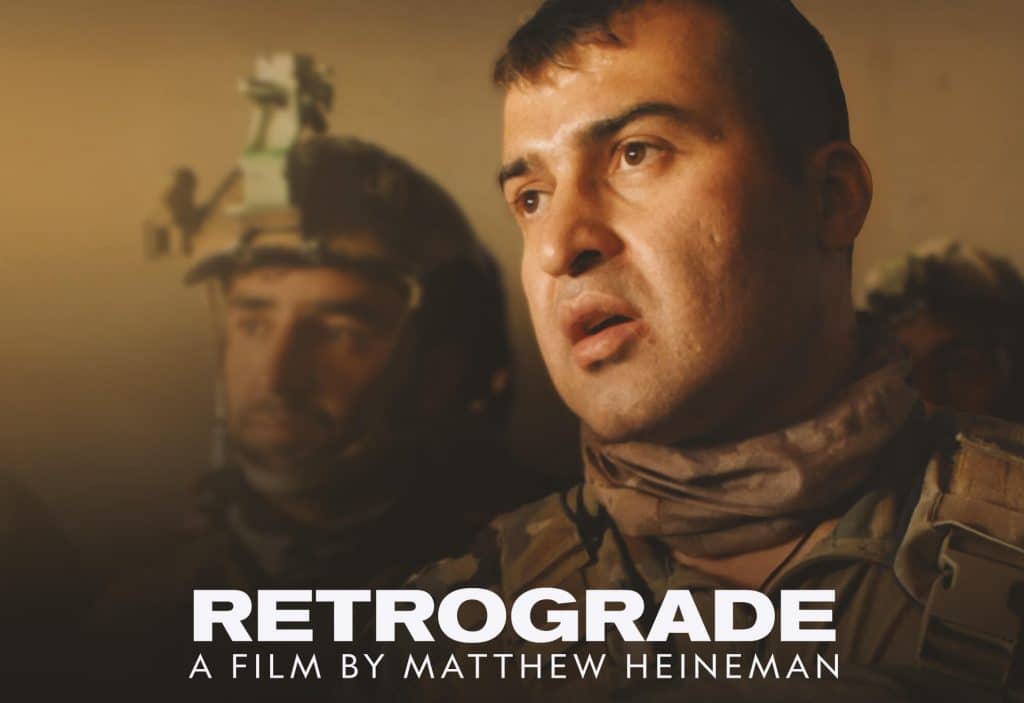 National Geographic has released a teaser trailer for the new documentary film, “Retrograde”, which captures the final nine months of America’s 20-year war in Afghanistan from multiple perspectives. From Oscar-nominated and Emmy Award-winning filmmaker Matthew Heineman, “Retrograde”, offers a cinematic and historic window onto the end of America’s longest war, and the costs endured for those most intimately involved.

Matthew Heineman’s brilliant, moving film tells the story of the last months of the 20-year war in Afghanistan through the intimate relationship between American Green Berets and the Afghan officers they trained. First, Heineman (CITY OF GHOSTS, A PRIVATE WAR) documents the shocking, hurried flight of the American soldiers after the withdrawal is announced; then, with astonishing access, Heineman and his crew fearlessly shadow General Sami Sadat, Afghanistan’s young, charismatic military leader. The tragedy unfolds before our eyes, as Sadat struggles to keep his new American-trained army, and his country, from collapsing. In the intensity of its narrative and the beauty of its photography,”Retrograde”, offers an intimate and deeply human account of the end of the Afghan war, and a clear-eyed, heartbreaking picture of the deadly costs of American foreign policy—especially for the “friends of America” who trusted and needed us.

The film premiered at the Telluride Film Festival this past weekend and will be getting a theatrical release. No Disney+ release details have yet been revealed. With the film’s war theme, it might end up being released on Hulu in the United States.

Roger has been a Disney fan since he was a kid and this interest has grown over the years. He has visited Disney Parks around the globe and has a vast collection of Disney movies and collectibles. He is the owner of What's On Disney Plus & DisKingdom. Email: Roger@WhatsOnDisneyPlus.com Twitter: Twitter.com/RogPalmerUK Facebook: Facebook.com/rogpalmeruk
View all posts
Tags: "Retrograde"