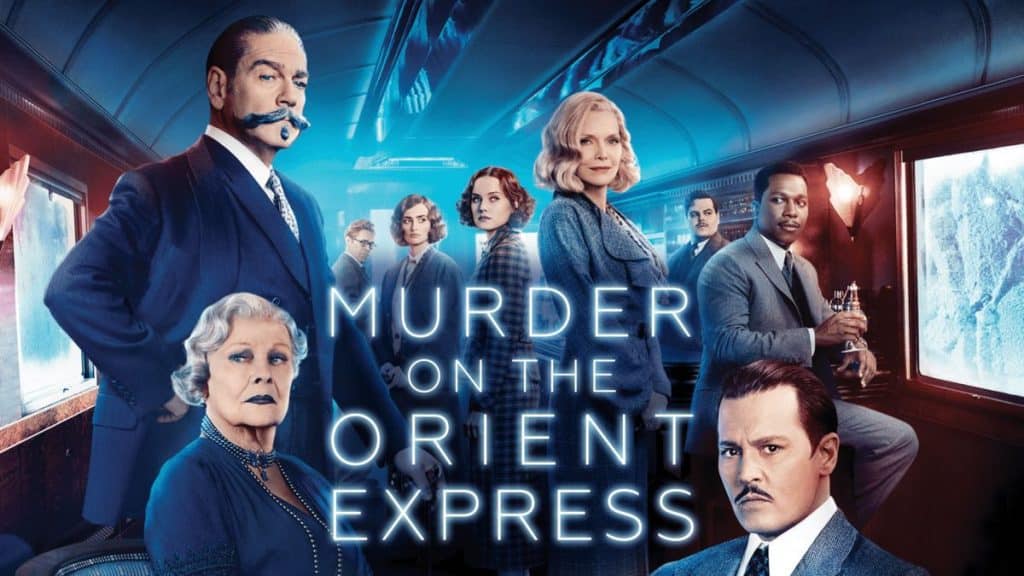 Murder on the Orient Express sees “perhaps the world’s greatest detective” Hercule Poirot (Kenneth Branagh) invited onto the titular, legendary locomotive where he is propositioned for his services by a shady businessman (Johnny Depp) who fears that his life is under threat from one of his fellow passengers. While he is quite correct, unraveling just who the culprit is will truly be a Herculean task of deduction…

As a Brit, I went into this film with doubts that it even needed to exist. For my international readers who may be unaware, Poirot has been extensively and comprehensively adapted for UK television (with the title role portrayed by veteran actor Sir David Suchet) across 24 years and 70 episodes (many feature-length). This particular personification of the iconic detective has received universal acclaim both on this little island and abroad. So, could a big budget cinema release really fill those shoes? As it turns out, the answer to this question is mostly an emphatic “yes!”.

With my admitted cynicism going in, the biggest pleasant surprise for me was how effortlessly Branagh embodied Poirot. I’m not about to get into an argument over the best portrayal (that’s far too subjective and nuanced a discussion) but the fact that his characterisation never felt out of place from the moment he was first on screen is a huge accomplishment. Especially when you consider that he also directs the film. In fact, I’d argue that this interpretation of the character has some improvement over its TV counterpart, most notably being far more depth to the man beyond his sleuthing. We’re introduced to a three dimensional individual rather than a pompous caricature.

Truth be told, the most interesting thing about Murder on the Orient Express being chosen as an introductory story is that while its reputation undoubtedly proceeds it as one of Agatha Christie’s greatest stories, it’s far from easy to adapt into a visual medium. At least in a compelling manner. The obvious reason for this is of course the fact that the vast majority of the tale is confined to a cramped train with similar looking interiors. Thankfully, the visual concerns are greatly alleviated by the large budget and sumptuous sets. This really does look like the luxury train that it purports to be. Of course, this story lives and dies (pardon the pun) on its characters. 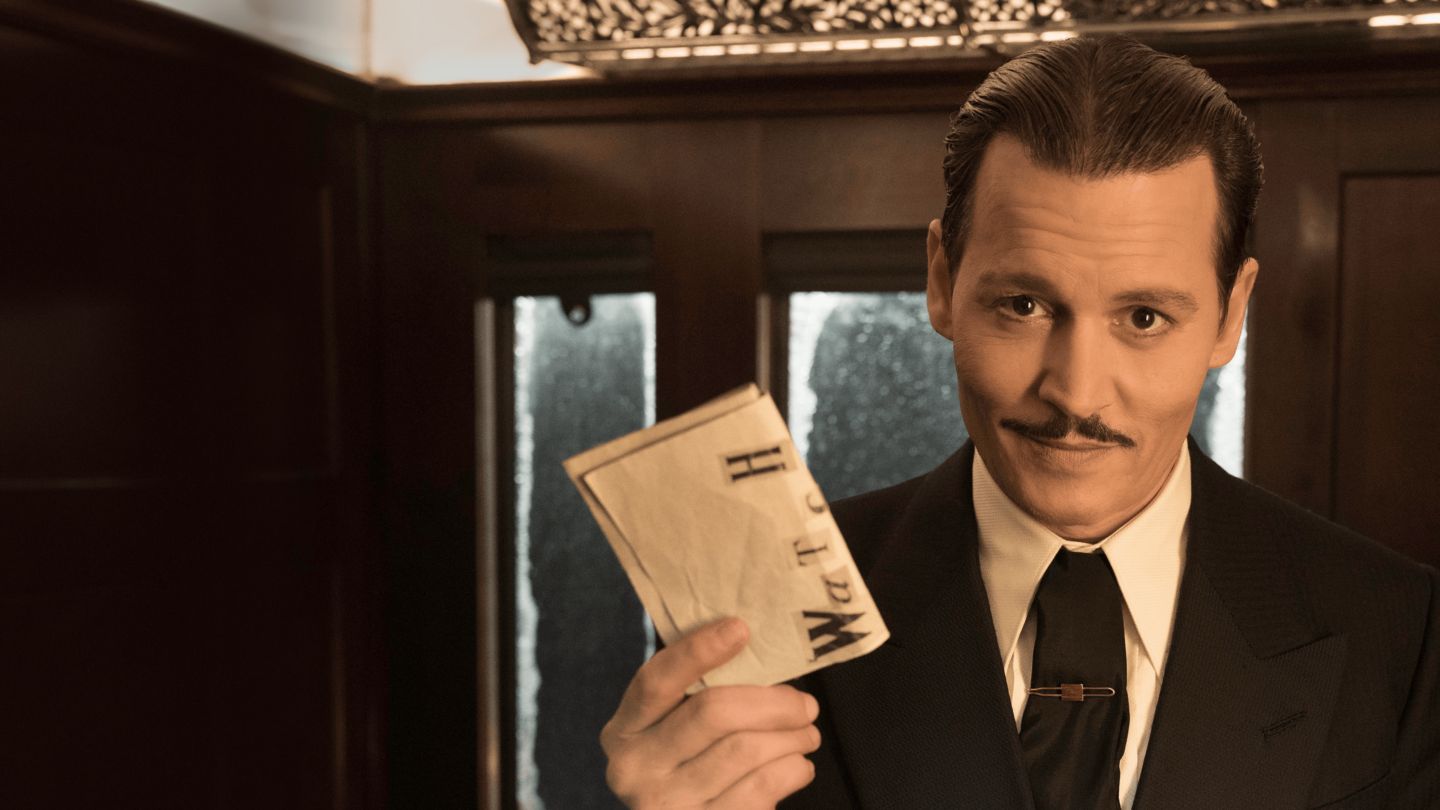 Thankfully, this cast is incredibly star-studded, including multiple Oscar winners. Besides the aforementioned Branagh and Depp as the detective and victim respectively, we’re also treated to standout performances by Penelope Cruz, Willem Defoe, Dame Judi Dench, Michelle Pfeiffer, Daisy Ridley and more. It should be noted that these aren’t glorified cameos either. Each are given a backstory with their own shades of character and duplicities that all entangle to ensnare the viewer into a fascinating whodunnit that’s positively dripping with intrigue as the plot slowly unravels.

And in fact, if I were to criticise the film for anything, perhaps it would be for its lack of urgency to get to the heart of the matter. Don’t get me wrong, the acting is stellar and the film does benefit overall from the building of its potential suspects. However, there’s no denying that a substantial portion of the runtime is taken up by pre-murder setup. This isn’t terrible exactly but it isn’t helped by the fact that much of what we think we learn about these people early on is flipped on its head later. So in all, it does make the early stages feel somewhat lethargic and bloated in hindsight.

However, if there is one area of the film that I can give unconditional praise to, it is the soundtrack. It ranges from energetic little riffs to more moody pieces that accompany both the building mystery and the occasional beautiful and sweeping vistas that we’re treated to outside the vehicle, whether it’s speeding along or at a standstill. Whatever it accompanies onscreen, the orchestral arrangements are a true highlight and a soundtrack that I could happily listen to (indeed, I’m doing just that as I write this review).

In conclusion, Murder on the Orient Express is a film that ended up far better than it perhaps had any right to be and whilst I may have some minor quibbles with its initial pacing, the overall package of a gloriously realised setting, some of the world’s best actors delivering brilliant performances and a moody yet enthralling soundtrack adds up to a highly recommended watch. 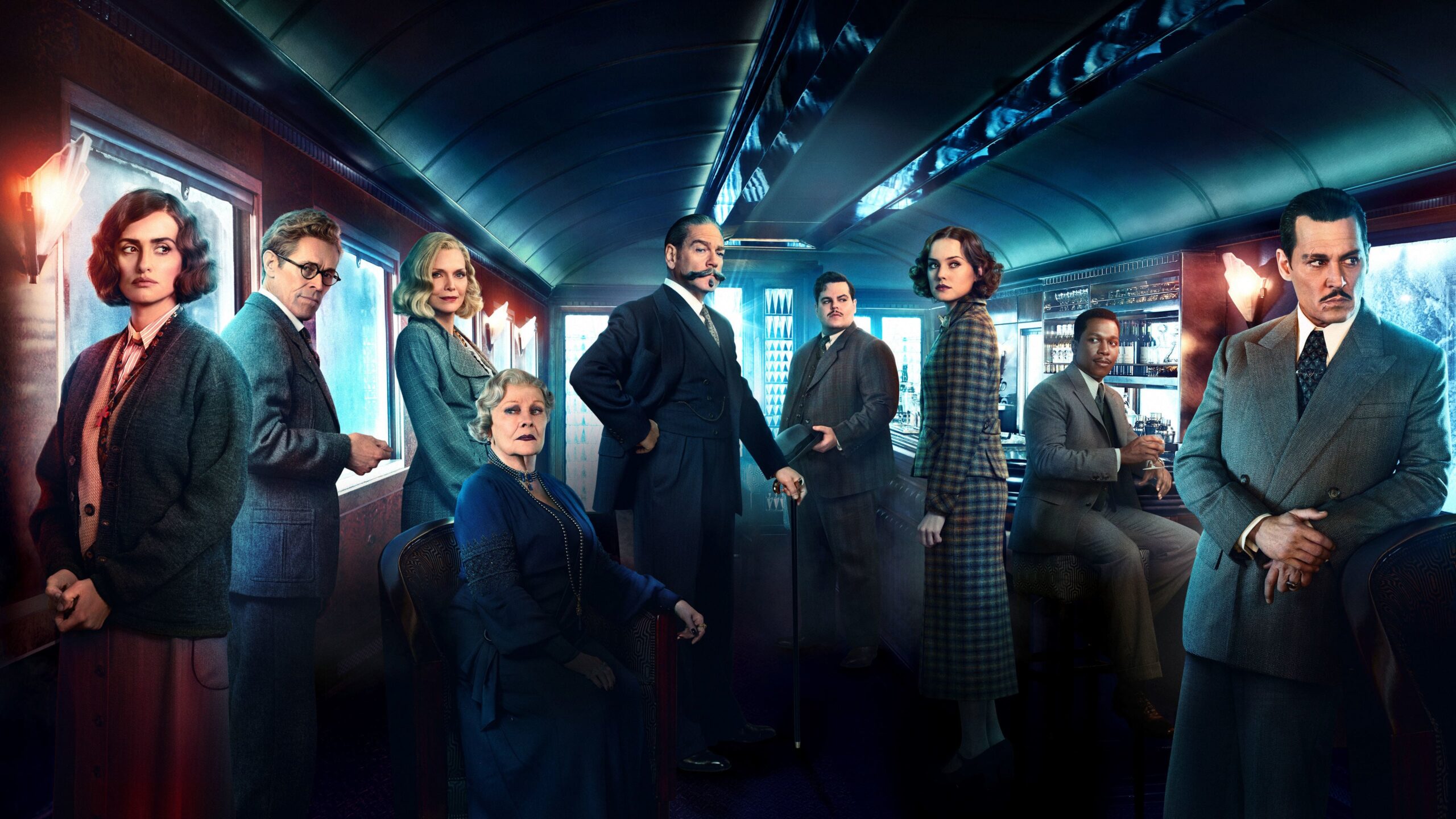 Murder on the Orient Express is available in 4K UHD, with the full suite of HDR and Dolby Atmos features on compatible devices. Therefore, if you have the right home cinema setup, this is one of the best ways to watch the film outside of buying a physical disc.

Unfortunately, as of writing, the film’s page doesn’t include the standard “Extras” tab. Thus, not even the basic “promo clip” or trailer is offered.

You’ll find “Murder on the Orient Express” available to stream now on Disney+ in many countries, including the UK and Ireland, Canada, Australia and New Zealand, the Netherlands and more.

What did you think of “Murder on the Orient Express”?

Jon has been a Disney fan all of his life. From wearing out those expensive VHS tapes and visiting Disneyland Paris as a child to becoming a huge fan of the MCU in adulthood, Disney has helped shape some of the happiest, most fun moments he can remember.
View all posts
Tags: Murder on the Orient Express, Reviews, star