The Muppets are back with the fifth episode of their Disney+ Original series, “Muppets Now.” In this episode, Scooter must give all of the segments uploaded to the Muppets web page before the I.T. Department makes a major change to the software. Miss Piggy is back with her “Lifestyle” segment that has been in every episode. Pepe the King Prawn returns to host his very unusual game show. Dr. Bunsen Honeydew and his assistant, Beeker, teach us the science behind flattening objects. And, Walter finally returns with his “Muppet Masters” segment focusing on Uncle Deadly.

This episode is a vast improvement over the fourth episode of this series, but I can’t say that’s an accomplishment as bad as the last episode was. Miss Piggy is the only muppet to have a segment in every episode and they are becoming way too reliant on her. Her “Lifestyle” segment has been hit or miss, with an emphasis on hit. The first segment of the series with the slap therapy was hysterical. By the time we get to this episode, it’s not really funny. Taye Diggs and Linda Cardellini are as great as they ever are, but there’s been too much Miss Piggy this season. The only part of this segment I enjoyed was when the Swedish Chef showed up to teach her how to say certain food names. At least he gets an appearance here since they didn’t give him his own segment this week, despite it being one of the few consistently funny parts of the series. 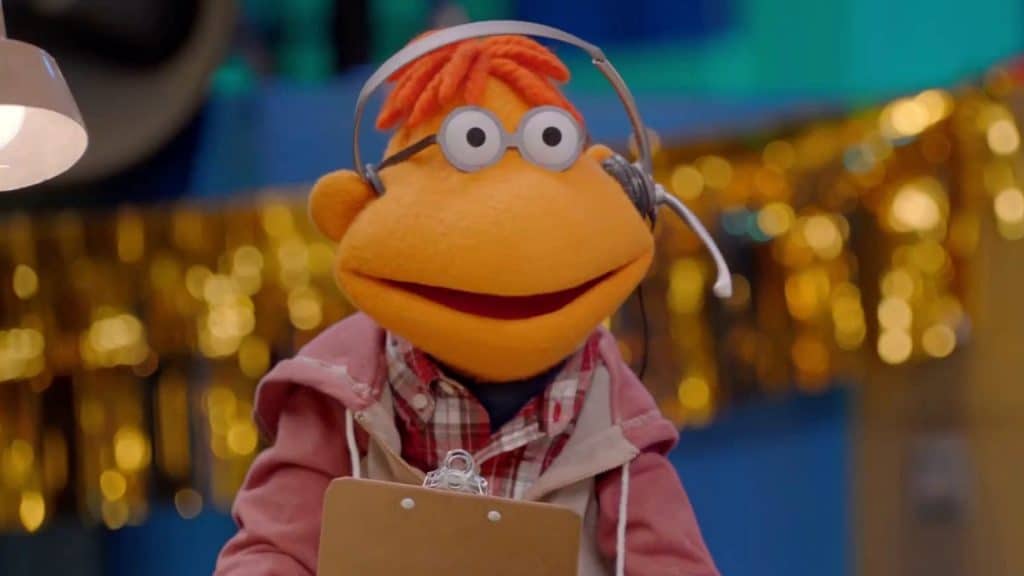 I was pleasantly surprised to see the return of Walter’s “Muppet Masters” segment. We haven’t seen it since the first episode and while I’m glad they haven’t overused it like they have Miss Piggy segments, I would like to see more variance in segments, so working this in more than twice would’ve been nice. Uncle Deadly teaches Walter how to be a stage combat master. It’s not a spectacular segment by any means, and I wouldn’t want to see it weekly, but it was enjoyable enough and helped make the show feel different and less stale.

Over five episodes, this show has turned out six different segments. One has run five times. The others have at least been rotated. I feel like a broken record saying this, but they have so many muppets to work with, they could easily make more segments that would be more entertaining. Why haven’t Gonzo or Fozzie been given their own segments? Where has Rizzo the Rat been? And, why does Kermit only really show up to talk to Scooter between segments or with Joe from legal to tell viewers not to do, what Bunsen and Beeker do, at home?

I believe this show has been fun, overall, but has been a series of missed opportunities. If it gets a second season, I’m hopeful more muppets will be integrated, new segments will be created and we can take a break from Miss Piggy. They say absence makes the heart grow fonder, but how can we miss her if she won’t go away. I’m looking forward for the next episode, but I want more. I want better. It’s good, but it could be so much better.