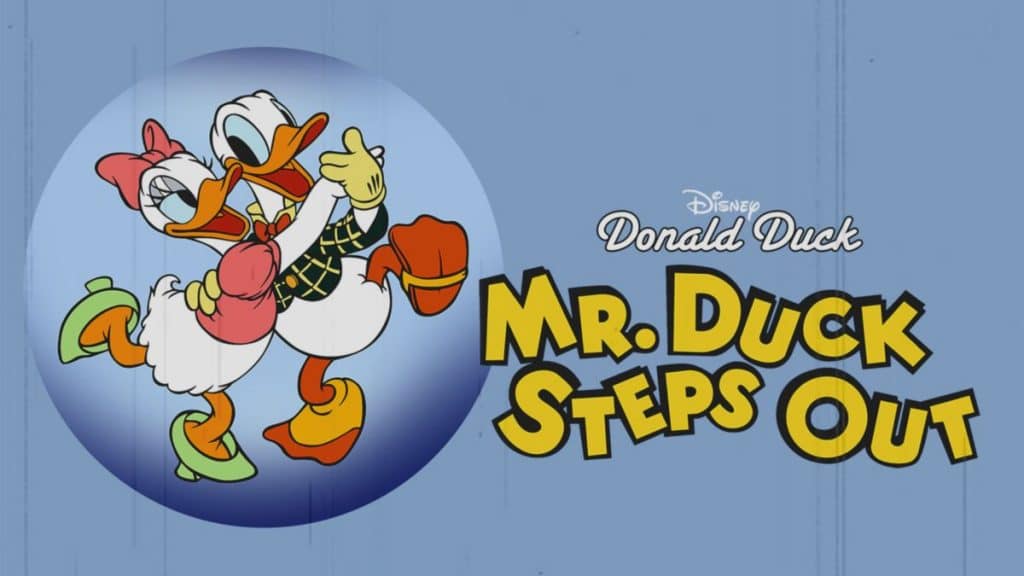 Donald Duck just wants to go on a date with Daisy, but he’s running out of patience as his nephews keep interfering in the 1940 short, “Mr. Duck Steps Out.” This is a great short about a man just wanting a nice date, but the children in his life getting in the way. It’s an obvious selection for the Valentine’s Day collection on Disney+ and one of the best older shorts I’ve seen so far.

While the nephews aren’t named here, we can safely assume they are Huey, Dewey and Louie; despite the fact one of them is wearing yellow instead of the traditional blue we’ve come to expect. The nephews just want to spend some time with their uncle. Both sides are easy to understand. But, as a parent who would like my kids to leave my wife and I alone for a little while, so we can have a romantic date (not easy to do with so many places closed due to the pandemic), I empathize with Donald here. Usually, in these early shorts, he’s very mean and it’s great to see him get his comeuppance. In this one, I kind of want to see him. I don’t know if it’s pandemic fatigue or just a parent who understands not getting a lot of alone time, but Donald’s angry reactions seem justified, even though his actual actions still aren’t. 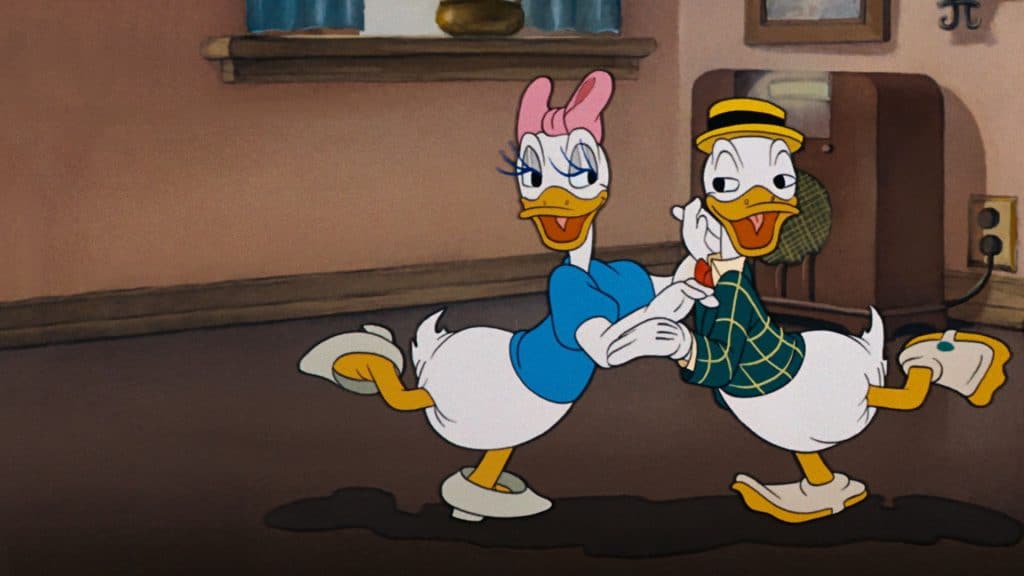 This short has the traditional funny gags, an amazing dance sequence where the nephews keep cutting in and the great popcorn series of events. I love laughing at Donald Duck cartoons. I’ve enjoyed dancing at times. And, I love popcorn, so all of these work for me. It even ends well with Daisy having a lot of fun and showering Donald with kisses for the wonderful evening, even if she doesn’t understand all the frustrations he was going through while she was having fun.

This is one of the best early animated shorts from the Walt Disney company. While they created a lot of Silly Symphonies in the early days, the shorts featuring Mickey and friends are always the best. Given Donald’s toned down nature on the Disney Jr. shows, we can forget just how cruel, yet funny he can be. It’s always good to revisit them for a laugh.

What did you think of “Mr. Duck Steps Out?”

Jeremy has been a big Disney fan since he was a kid growing up during the Disney Renaissance. One day he hopes to go to every Disney Park in the world.
View all posts
Tags: Daisy Duck, disney, Donald Duck, Mr. Duck Steps Out, retro review, review