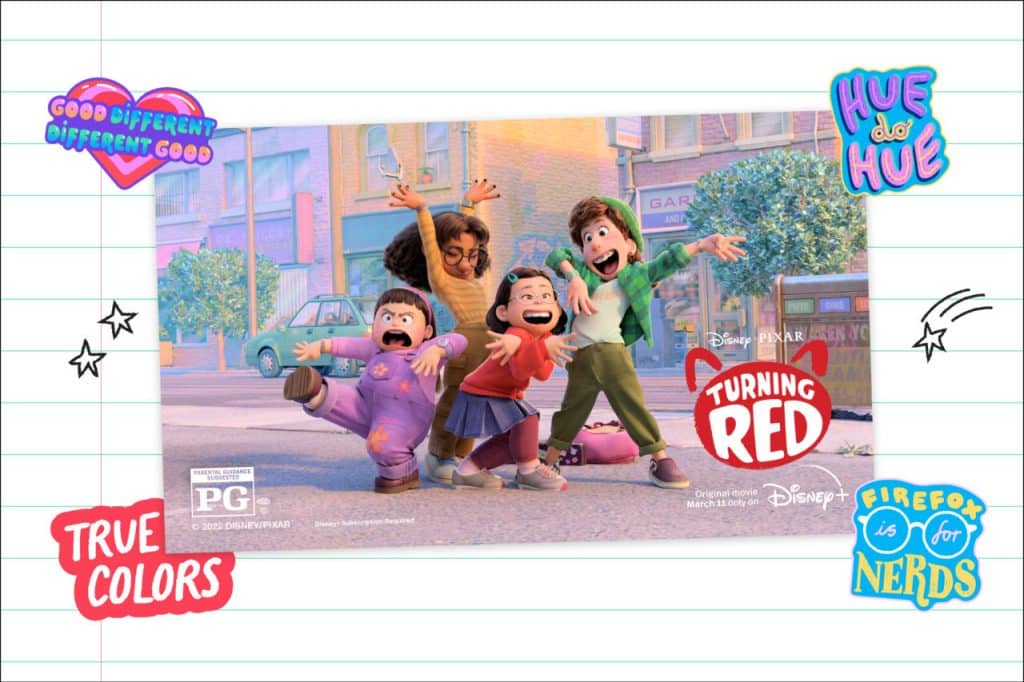 Ahead of the release of Pixar’s new film, “Turning Red” on Disney+, Mozilla has announced a new “True Colors” campaign. It’s a new initiative to create and amplify spaces online for users to celebrate their authentic selves.

Mozilla – the not-for-profit software company, best known for super customizable and personalized products like its web browser Firefox – has been building something pretty special for the rollout of Pixar’s first animated feature with an Asian protagonist.