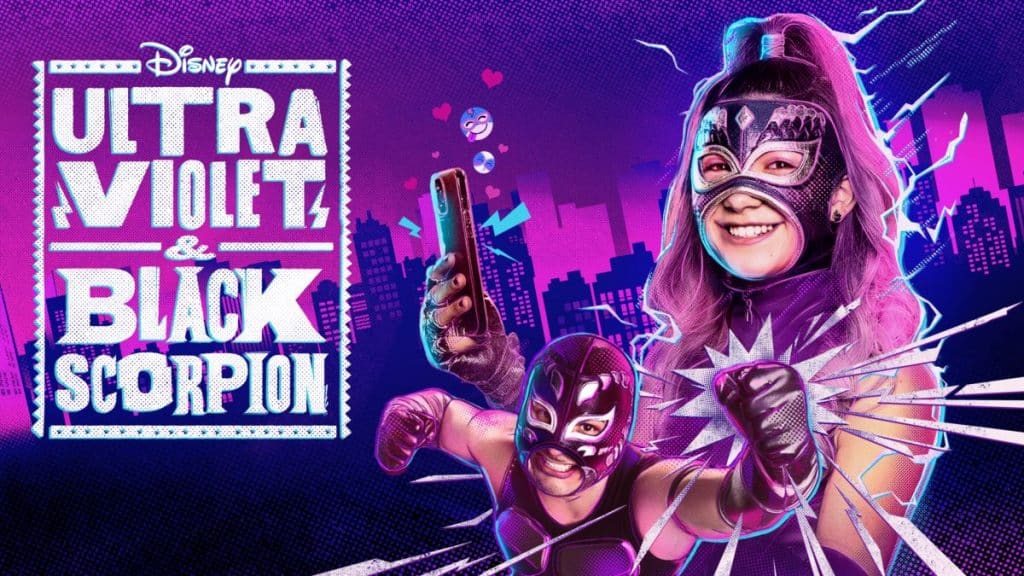 Earlier this year, Disney released the first ten episodes of the brand new series “Ultra Violet & Black Scorpion” on Disney+ and recently, Disney has announced that the next six episodes of the show will be coming to Disney+ in the United States on Wednesday, 12th October 2022.

The series tells the story of Violet Rodriguez, who is an everyday Mexican American teen, is chosen by a magical luchador mask which transforms her into Ultra Violet, a superhero fighting crime alongside her luchador uncle, Cruz, also known as Black Scorpion. Although Cruz takes Violet under his wing to teach her the responsibilities of her special powers, she doesn’t always see eye to eye with him when it comes to his methods for capturing crooks. In the meantime, she must keep her superhero identity secret from her parents and her older brother Santiago (“Tiago”), as well as her friends and schoolmates. However, she does lean on one close confidante: her best friend Maya Miller-Martinez, who provides advice and assists with documenting Ultra Violet’s adventures on social media.

Are you looking forward to watching new episodes of “Ultra Violet & Black Scorpion”?

Roger has been a Disney fan since he was a kid and this interest has grown over the years. He has visited Disney Parks around the globe and has a vast collection of Disney movies and collectibles. He is the owner of What's On Disney Plus & DisKingdom. Email: Roger@WhatsOnDisneyPlus.com Twitter: Twitter.com/RogPalmerUK Facebook: Facebook.com/rogpalmeruk
View all posts
Tags: disney, Ultra Violet & Black Scorpion