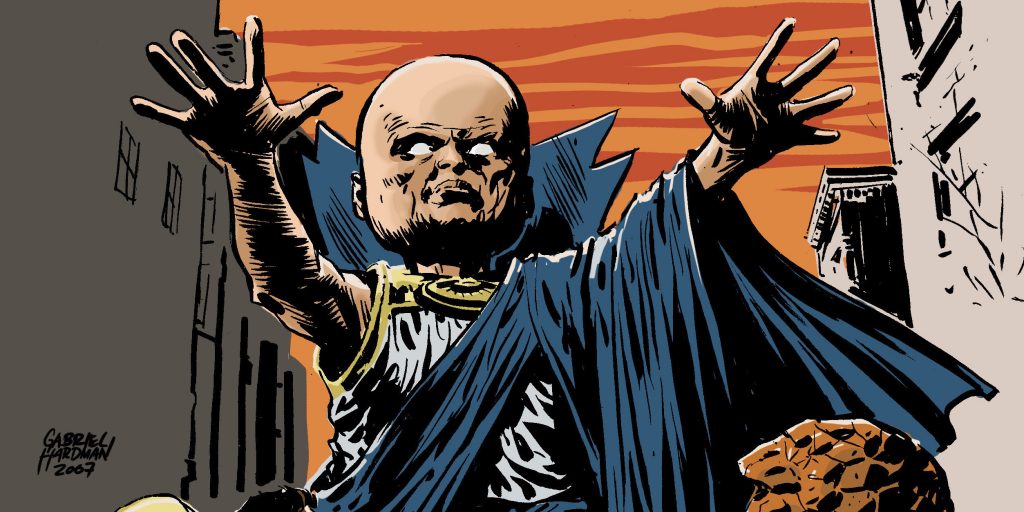 Back at April’s Investor Day event, Disney announced a new animated series for Disney+ called, “What If”.  During a Marvel Studios panel at the San Diego Comic Con, more details and an official logo was revealed for the series.

Marvel’s Kevin Feige offered new information on “What If…?,” the first animated series in the Marvel Cinematic Universe. “What If…?” is being created exclusively for Disney+ and features stories that present alternate realities in the Marvel universe.

Feige mentioned that many actors from across the Marvel Cinematic Universe will reprise their roles as voice talent in the series including:

Kevin Feige then surprised the audience by bringing Jeffrey Wright to the stage and introducing him as the voice of the popular character The Watcher in the new series, saying:

“The Watcher is a non-Earthly being who observes all things. He’s watching over the multiverse and occasionally may nor may not intervene with the doings of earthlings, other than that he’s off doing his own things…Today is the 50th Anniversary of the Moonlanding. The Watcher first appears in 63 I think, Fantastic 4, he turns up on the Moon because today’s the 50th anniversary, but the watcher had a crib their ages ago. I’m excited to see where we take it, we could take it anywhere.”

Here is a look at the “What If” logo:

Are you excited for the new “What If” series?

Roger has been a Disney fan since he was a kid and this interest has grown over the years. He has visited Disney Parks around the globe and has a vast collection of Disney movies and collectibles. He is the owner of What's On Disney Plus & DisKingdom. Email: Roger@WhatsOnDisneyPlus.com Twitter: Twitter.com/RogPalmerUK Facebook: Facebook.com/rogpalmeruk
View all posts
Tags: Marvel, sdcc, what if