Following on from the reveal of the new Monsters At Work logo yesterday, actor Ben Feldman revealed on social media today a first look painted rendering of his character, a new monster called Tylor Tuskmon, from the upcoming Disney+ original series. 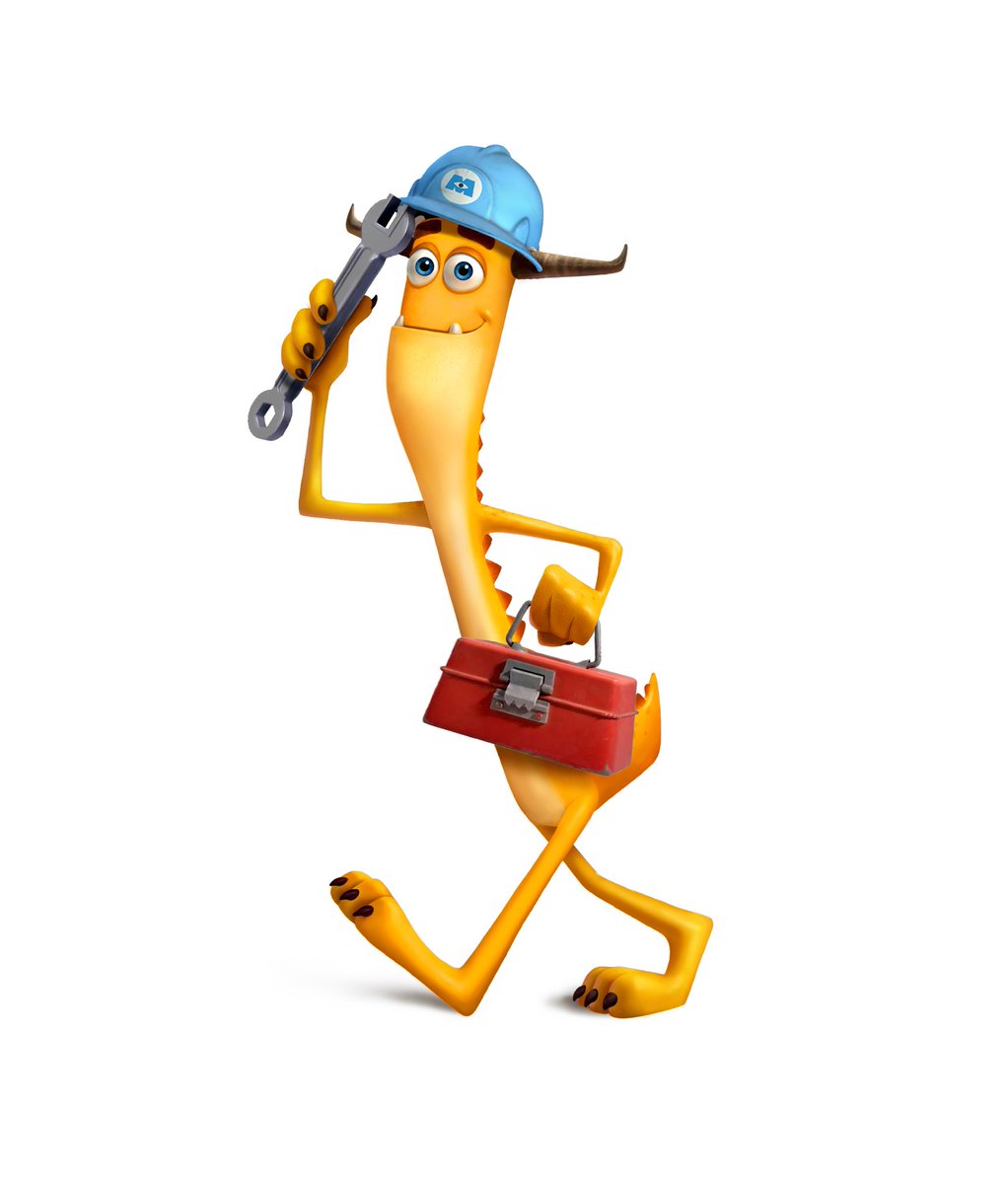 I honestly couldn’t be more excited to finally show you this 1st look painted rendering of me, Tylor Tuskmon, the eager and talented mechanic in #MonstersAtWork -an original series coming to #DisneyPlus 2020.

Set to premiere on Disney+ in 2020, “Monsters At Work” stars Feldman as Tylor Tuskmon, with original “Monsters, Inc.” voices Billy Crystal and John Goodman returning as Mike and Sulley. Inspired by Disney and Pixar’s Academy Award-winning feature film “Monsters, Inc.,” the series picks up six months after the original movie’s story, with the Monsters, Inc. power plant now harvesting the laughter of children to fuel the city of Monstropolis – thanks to Mike and Sulley’s discovery that laughter generates ten times more energy than screams.

Tylor Tuskmon is an eager and talented young mechanic on the Monsters, Inc. Facilities Team (MIFT) who dreams of working his way up to the factory Laugh Floor to become a jokester alongside his idols Mike and Sulley. The series was developed and is executive produced by Disney animation veteran Bobs Gannaway (“Mickey Mouse Clubhouse,” “Planes: Fire & Rescue”) with Ferrell Barron (“Planes: Fire & Rescue”) serving as producer.

What do you think of the look of Tylor Tuskmon?

Roger has been a Disney fan since he was a kid and this interest has grown over the years. He has visited Disney Parks around the globe and has a vast collection of Disney movies and collectibles. He is the owner of What's On Disney Plus & DisKingdom. Email: Roger@WhatsOnDisneyPlus.com Twitter: Twitter.com/RogPalmerUK Facebook: Facebook.com/rogpalmeruk
View all posts
Tags: disney, front, Monsters At Work