What's On Disney Plus > Blog > Brands > Disney > Monsters at Work Episode 105: The Cover Up Review

When Fritz takes a vacation, Duncan and Tyler accidentally cause a citywide power outage in Monstropolis. That leads to MERC sending an investigator to look into what caused the outage and puts the entire MIFT team in danger of dismissal or even banishment in the latest episode of “Monsters at Work,” entitled “The Cover Up.”

This episode gives a great look at what happens when a temporary supervisor lets the power go to his head while his coworkers don’t respect him as an authority figure. Duncan has made it clear over the course of the series that he wants Fritz’s job. After Val won the wheel spin to fill in for Fritz, she lets Duncan take over the position and it backfires tremendously. It’s certainly predictable, as this show is targeting children, but it works and can be used as a valuable lesson. 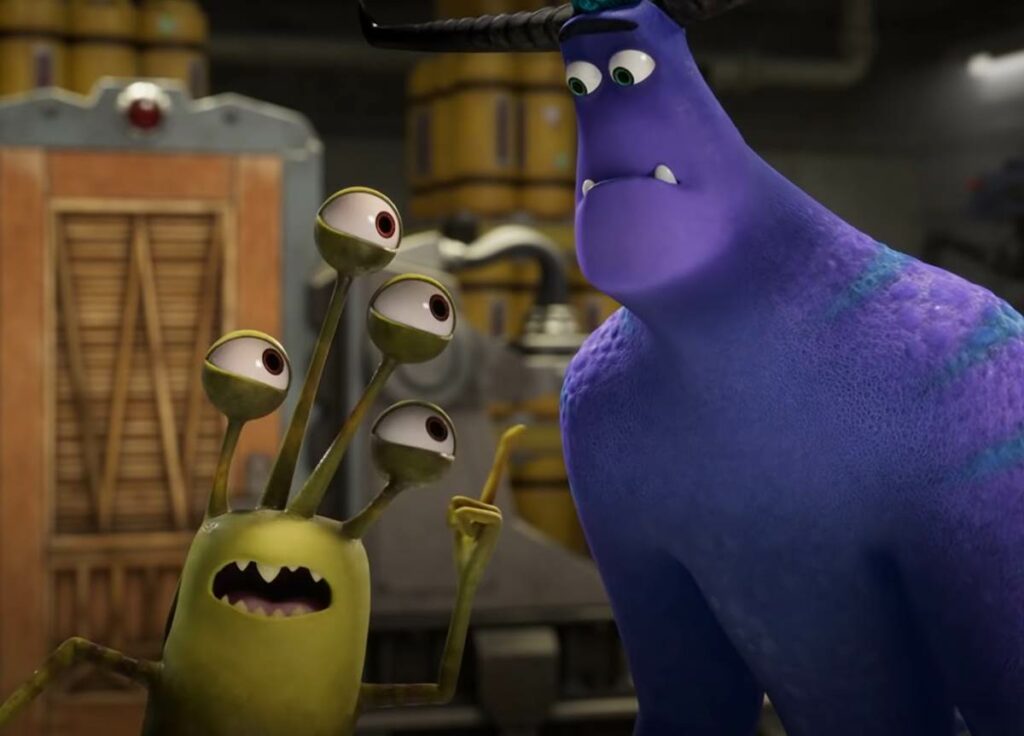 My favorite part of this episode occurs after one of the laugh canisters knocks out the MERC investigator. His eyeballs still see everything and it’s up to the MIFT workers to stop the eyeballs from fleeing. A comedy chase, that could be seen from a mile away, ensues. It’s some of the funniest animation of the series and gave me a good chuckle.

Despite the fact I’m having fun watching it, there’s nothing standout about this series. It’s fun and funny, but they are jokes and gags we’ve seen and heard before. If you are looking for something groundbreaking, this show is not for you. If you’re looking to enjoy some classic “Monsters Inc.” characters mixed with some new ones trying to make it as the company makes the switch from fright to comedy, then it’s worth your time. I like it, but it’s not pushing any boundaries. It’s family friendly and wholesome and, right now, that’s all it needs to be.

Jeremy has been a big Disney fan since he was a kid growing up during the Disney Renaissance. One day he hopes to go to every Disney Park in the world.
View all posts
Tags: disney, Disney+ Original, Monsters At Work, review, The Cover Up