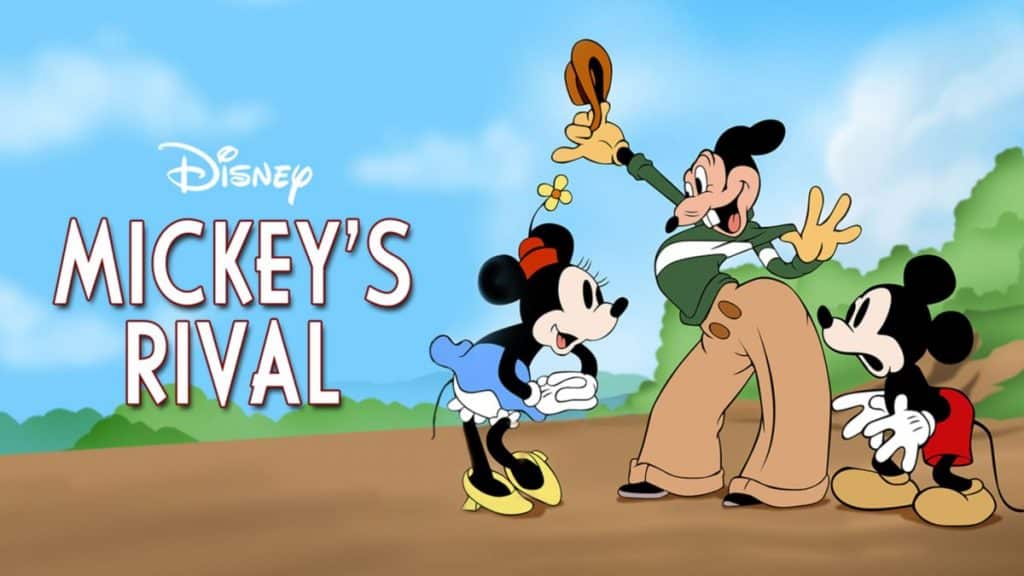 A rival, Mortimer Mouse, comes for Minnie’s affection leading to Mickey Mouse being jealous and Mortimer playing practical jokes on Mickey while his car plays practical jokes on Mickey’s car in the 1936 short, “Mickey’s Rival.” This nine minute short gives us one of the earliest occasions of someone trying to woo Minnie away from Mickey and it working to a degree until one of Mortimer’s pranks goes wrong and he bails while Mickey and his car do their part to save Minnie.

This is an excellent early short from the days of Disney before they started releasing full length movies. I always love seeing the interaction between Mickey and Minnie and it’s great to see some shorts where their romance is questioned. They’ve been an iconic couple for more than 90 years, but that doesn’t change the fact that many others have seen what a catch Minnie is and Mickey hasn’t always treated her the best. Sometimes, he needs a reminder of how great she is and that he should treat her better. 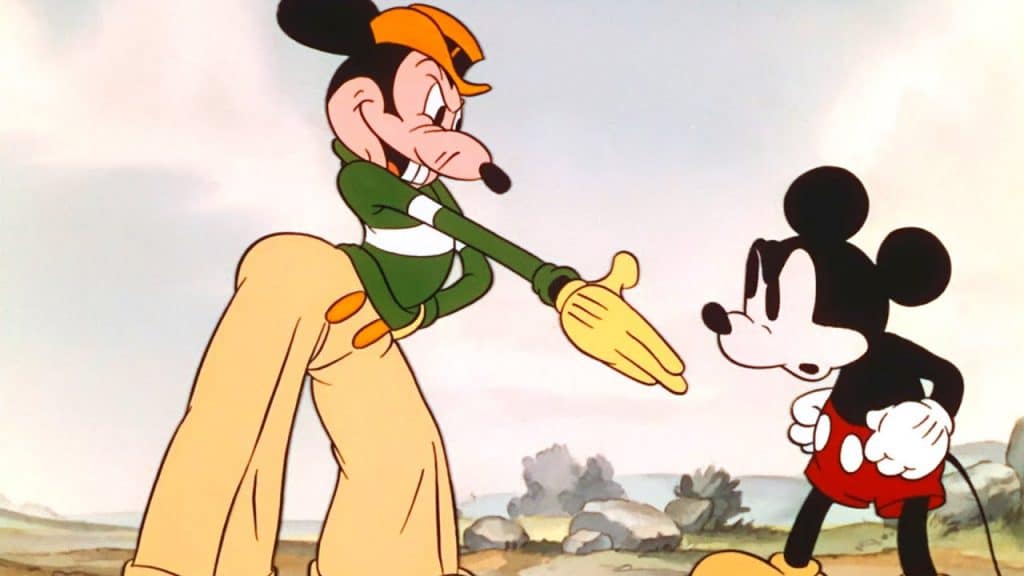 My favorite part of this short is when Mortimer’s prank with the bull backfires. First, it shows that he’s not right for Minnie, Mickey is. Mortimer takes off. He doesn’t deal with the bull. He leaves Minnie to be attacked by the bull. But, Mickey risks life and limb to save Minnie. He may fail at parts of their relationship, but he gets the important things right. Plus, Mickey’s car is really the hero of this story. He distracts the bull while Mickey tries to get Minnie to safety, he blinds the bull with mud and he uses the smoke from his burnout to keep the bull at bay while he catches Mickey and Minnie as they fall out of a tree. He then whisks them to safety. He’s an excellent sidekick and wingman. But, still does the really heroic thing, he’s Samwise Gamgee to Mickey Mouse’s Frodo Baggins.

Another fun appearance in this short is that of Mortimer Mouse. Mortimer was the original name of Mickey Mouse until Walt Disney’s wife convinced him to change the name. I think we’re all grateful she did as Mickey is a far better name than Mortimer. But, I’m also grateful that Walt worked in the Mortimer name. As a rival, and ostensibly a villain in this short, we can appreciate Mortimer without being forced to try to like him. It’s the perfect use of the original name.

This isn’t my favorite older short featuring Mickey Mouse, but it’s a good one. I really enjoyed it. It’s a nice way to spend a quick 9 minutes. I’m having a lot of fun going back to watch these older shorts and I hope parents introduce their children to these original cartoons so they understand where the Disney they love today originally came from.

What did you think of “Mickey’s Rival?”

Jeremy has been a big Disney fan since he was a kid growing up during the Disney Renaissance. One day he hopes to go to every Disney Park in the world.
View all posts
Tags: disney, mickey mouse, Mickey's Rival, Minnie Mouse, Mortimer Mouse, retro review, review