Disney is back with the fifth package film from its Wartime Era with “Melody Time.” The film, released in 1948, features seven shorts set to popular and folk music of the 1940s, much like how “Fantasia” featured several shorts set to classical music. This film is also the last time Donald Duck appears in a film from the main Walt Disney Animation Studios.

This is my least favorite of the four package films I’ve watched on Disney+ so far. (“Make Mine Music” is still not on Disney+ at this point.) While the animation is superb quality for something made in the 1940s and the music is solid, they don’t hold my attention. During most of the shorts, I found it hard to keep my eyes open. Quite frankly, the music made me sleepy. The two exceptions were “Little Toot” and “Blame It on the Samba.” I was actually captivated by those two shorts.

This is a nice film to watch when trying to watch all of the Walt Disney Animation Studios films in order, but beyond that, this isn’t one that I plan to revisit. It didn’t feature too many established characters for the time, only Donald Duck and Jose Carioca and they only appeared in “Blame It on the Samba.” But, it also didn’t introduce any new characters who would go on to become iconic, not even Little Toot, despite the fact the “Little Toot” short was the one that had me most captivated. 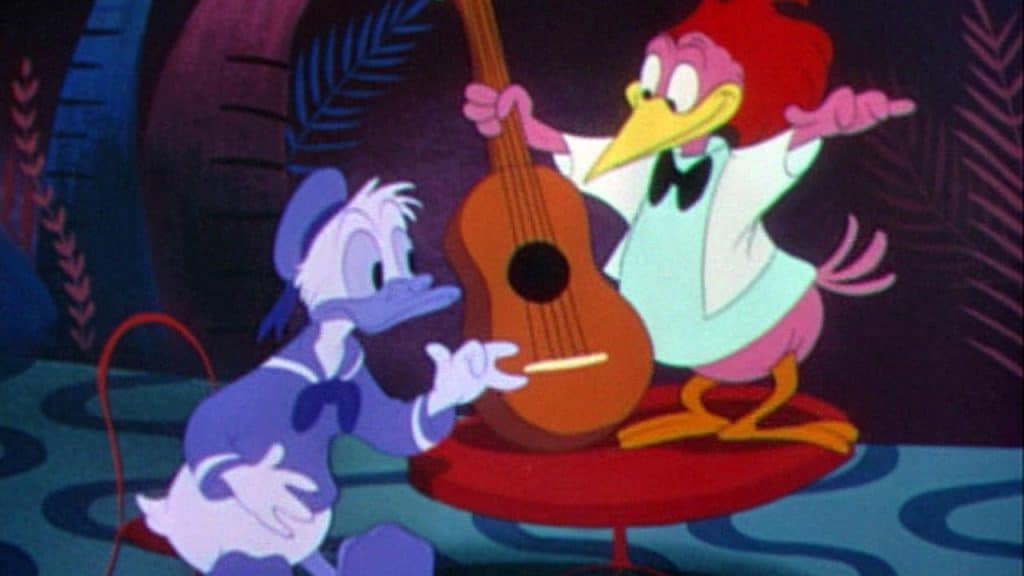 The live action scenes feature some legends of stage and screen, including Roy Rogers, the Andrews Sisters and Bobby Driscoll. But, despite that, most of their scenes did little for me. Objectively speaking, this isn’t a bad movie, but subjectively speaking, it wasn’t entertaining for me.

That being said, I am still intrigued by the package films concept. It would be nice to see Disney put together some of their newer shorts into new package films for Disney+. It would be a great way to introduce some new shorts to people who may no longer watch cartoons by themselves, but will sit down to watch a Disney animated movie. Plus, it would be a great way to get Mickey, Donald, Goofy and the rest of the original iconic characters back into movies for the company.

This is a perfectly fine movie that doesn’t capture my attention. I’m glad I took the time to watch it. I’m glad Disney took the time to make and release it to keep the company making money until they could return to the full-length narrative structure in the 1950s. But, I’m not going to watch it again. There are better package films from that time frame that grab my attention more.

What did you think of “Melody Time?”

Jeremy has been a big Disney fan since he was a kid growing up during the Disney Renaissance. One day he hopes to go to every Disney Park in the world.
View all posts
Tags: disney, Melody Time, retro review, review, Walt Disney Animation Studios, Wartime Era