Some critics have seen the “Werewolf By Night” special ahead of the Disney+ release and have shared their social media reactions, which you can see some of them below:

Got the opportunity to catch #WerewolfByNight a bit early and this honestly may be my favorite Phase Four MCU project yet. It's brutal, it's chilling, it's effectively tongue-in-cheek, it's Marvel's first real dive into horror and is done so well. pic.twitter.com/iMkGM1n0Dw

Marvel took a big swing with #WerewolfByNight and they knocked it out of the park. I love how the campy horror vibes blended with the Marvel style! @GaelGarciaB is the perfect actor to play Jack Russell and Man Thing will become a fan favourite! @m_giacchino didn't disappoint. pic.twitter.com/jSdxOnIR7j

Hats off to @m_giacchino for taking directorial risks that pay off in #WerewolfByNight, delivering awesome characters and monsters in a violent black & white saga.

My #WerewolfByNight thoughts: Marvel's new MCU monsters and leads are awesome, as is Michael Giacchino's direction & music as well! The supporting characters are not on the same level, but Werewolf By Night is still a thrilling Halloween special they should keep doing more of. pic.twitter.com/AARanUHjw4

loved #werewolfbynight. @m_giacchino knocked it out of the park with his @MarvelStudios directorial debut and hope he's directing again soon. Surprised by how much he got away with and am so happy it's unlike anything else Marvel has done. On @DisneyPlus Oct 7
👏👏👏 pic.twitter.com/KQf8tp09Uo

I love #WerewolfByNight! The throwback black and white classic horror approach works perfectly for the story and feels so unique within the MCU. It’s an exciting example of how they can push boundaries. The cast are great and I hope to see more of them and of this type of thing. pic.twitter.com/YJoTqmPXWo

Roger has been a Disney fan since he was a kid and this interest has grown over the years. He has visited Disney Parks around the globe and has a vast collection of Disney movies and collectibles. He is the owner of What's On Disney Plus & DisKingdom. Email: Roger@WhatsOnDisneyPlus.com Twitter: Twitter.com/RogPalmerUK Facebook: Facebook.com/rogpalmeruk
View all posts
Tags: social, werewolf by night 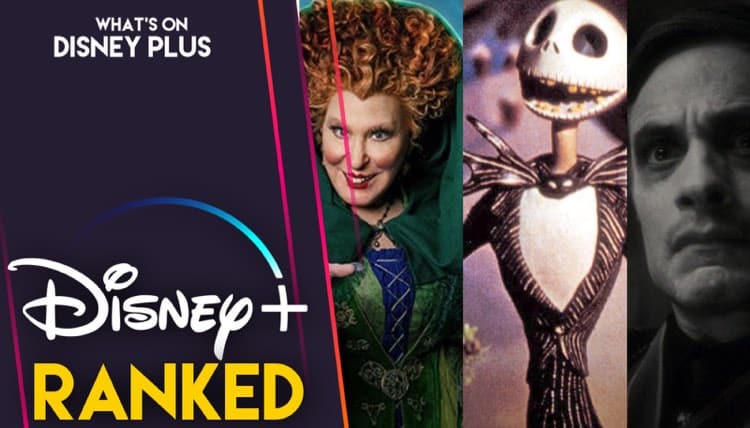 “Monsters In The MCU” Featurette Released