Today saw the release of a new Marvel short series on Disney+ called “Marvel Studios: Legends”, which is a new, ongoing series that dives into the epic heroes, villains, and moments from the MCU, and kicks off with two episodes highlighting Wanda Maximoff and Vision, the two stars of WandaVision, and their interconnected path across the MCU that led them both here.

The first two episodes include:

Wanda Maximoff made her debut in Avengers: Age of Ultron as a powerful adversary of The Avengers, only to become an even more powerful ally. Wanda found strength in herself and in her extraordinary relationship with one highly unique individual, Vision. Marvel Studios: Legends explores Wanda’s story as she grapples with cruel hardships and loss, a chaotic power that she strives to control, and shifting loyalties from those she trusts most.

Born into the world in Avengers: Age of Ultron, Vision chooses to fight on the side of humanity, though he himself is an artificial form of life. Marvel Studios: Legends follows Vision on his quest to understand humans more fully, evolving to be more like them, as he explores a romantic relationship with Wanda Maximoff in Captain America: Civil War. All of this leads to his final moments, as he makes the ultimate sacrifice for mankind, leaving those he loved to an uncertain future.

To tie-in with the release of this new short series, Disney has released a trailer for the first two shorts, along with a poster for the series. 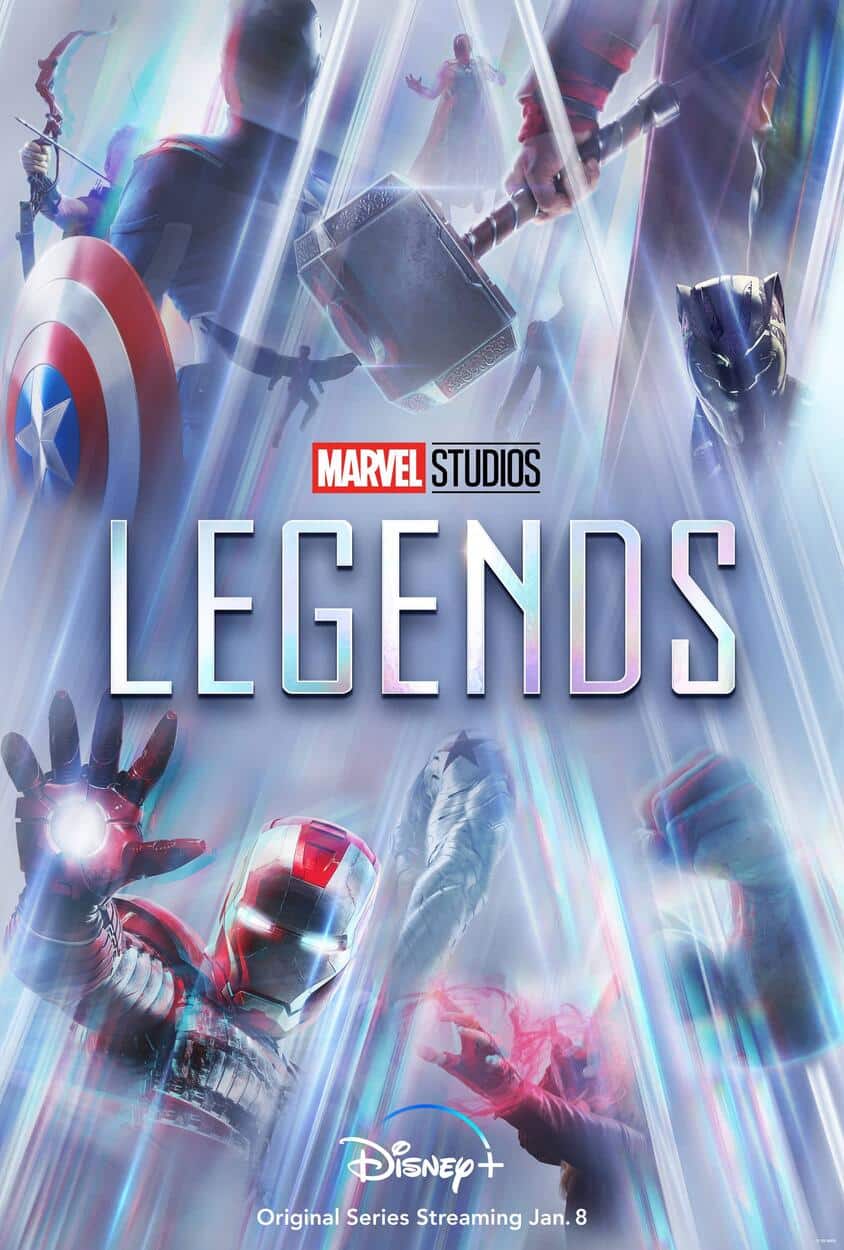 And why not check out our reviews of the first two episodes.  Wanda & Vision

Roger has been a Disney fan since he was a kid and this interest has grown over the years. He has visited Disney Parks around the globe and has a vast collection of Disney movies and collectibles. He is the owner of What's On Disney Plus & DisKingdom. Email: Roger@WhatsOnDisneyPlus.com Twitter: Twitter.com/RogPalmerUK Facebook: Facebook.com/rogpalmeruk
View all posts
Tags: marvel studios legends