Angelina Jolie is back as the Sleeping Beauty villain who is not really a villain in “Maleficent: Mistress of Evil.” It’s the sequel to the 2014 smash hit “Maleficent” which tells the story of “Sleeping Beauty” from the perspective of Maleficent.

This was quite the interesting take on a sequel. It’s essentially an original story which are the Disney live action films that I prefer. It’s why I would rather watch the live action “Dumbo” than the live action “The Lion King.” We have the familiar characters but are treated to a new plot. Although, the Mistress of Evil tagline is misleading as she’s not truly evil. Maybe it’s because the film is told from her point of view, but Maleficent comes across as very relatable in both this film and its predecessor.

I rather enjoyed the casting for this film. Angelina Jolie is still magnificent as ever as Maleficent. She was the perfect choice for this role. But, my favorite performance in this film was Michelle Pfeiffer as Queen Ingrith. She’s the true villain of this film and she is delightfully evil. While Maleficent has shades of grey, there’s no denying Ingrith is cruel, filled with hate and ready to go to war. Jolie and Pfeiffer play off each other, so well, in their scenes together. This is a great pairing that makes up for some of the film’s other shortcomings. 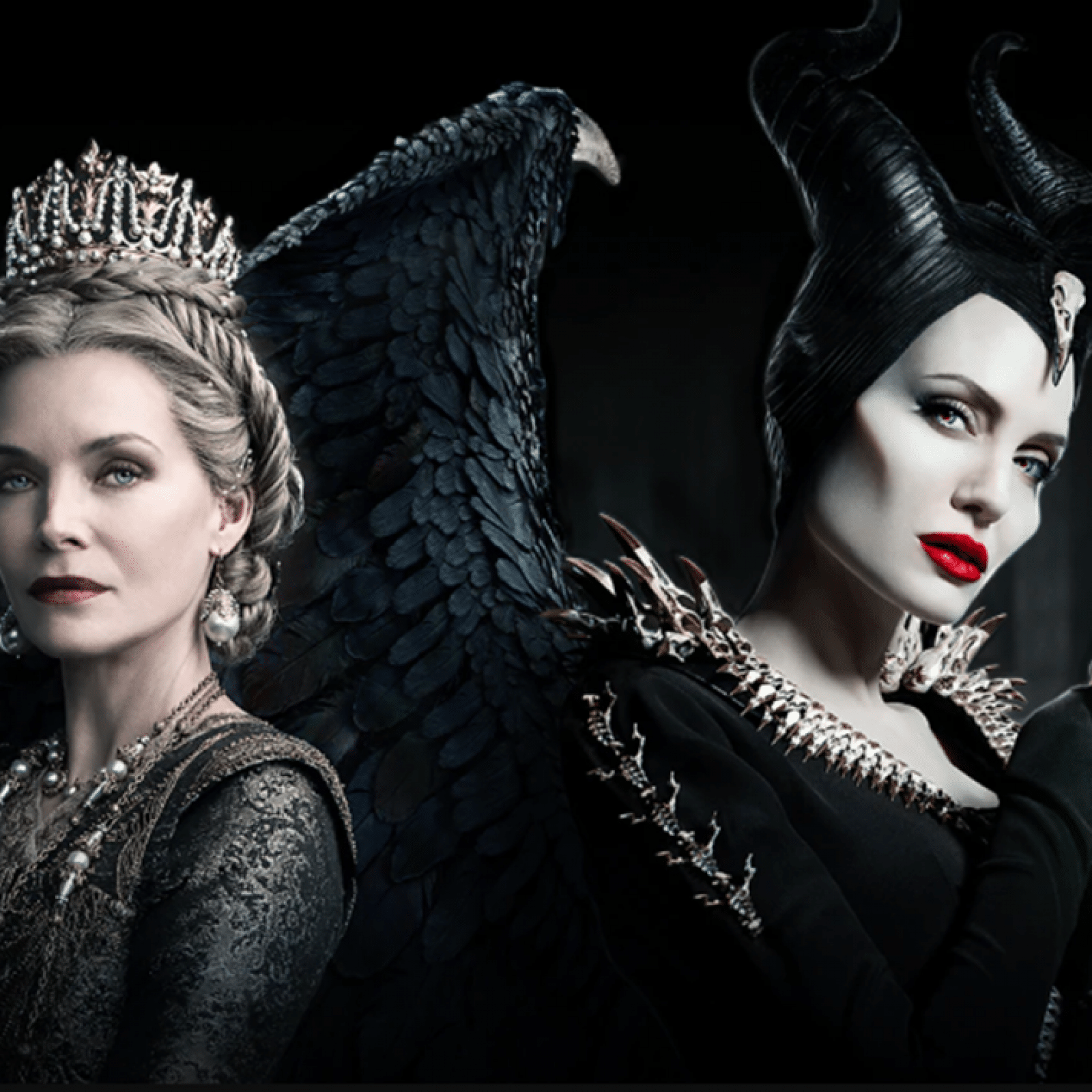 One of those other shortcomings comes just from the focus of the series. “Sleeping Beauty” is a classic fairy tale and a fondly remembered film, but it has the weakest protagonist in the entire Disney canon. Aurora’s entire purpose is to fall asleep due to a curse. For the live action films, Disney shifted the focus from the heroine, Aurora; to the villain, Maleficent. It’s a wonderful decision, but I question how much of it was done out of necessity because the main character of “Sleeping Beauty” is so weak.

Another of the film’s shortcomings is that it is a basic sequel. It was enjoyable. It had a new plot with familiar characters, but it’s still only okay. There’s nothing wrong with it, but it’s nothing groundbreaking. If it hadn’t have been made, we wouldn’t have been clamoring for its existence. It’s a decent sequel, no more, no less.

Overall, this film was viewed as a disappointment at the box office. It made almost $500 Million worldwide, but that was barely enough to turn a profit. It’s one of the few films Disney released in 2019 that didn’t turn a profit. Disney has become such a juggernaut through its Marvel, Star Wars and Pixar lines that something that makes half a billion dollars is considered a flop. It speaks to Disney’s overall success, but also the unrealistic expectations to perform films from the company are now under. It was too good of a movie to really be a flop, but after watching it, I understand why it didn’t get closer to the $1 Billion mark. It may be too good to be a flop, but it’s nothing out of this world.

What did you think of “Maleficent: Mistress of Evil?”

Jeremy has been a big Disney fan since he was a kid growing up during the Disney Renaissance. One day he hopes to go to every Disney Park in the world.
View all posts
Tags: disney, maleficent, mistress of evil, review