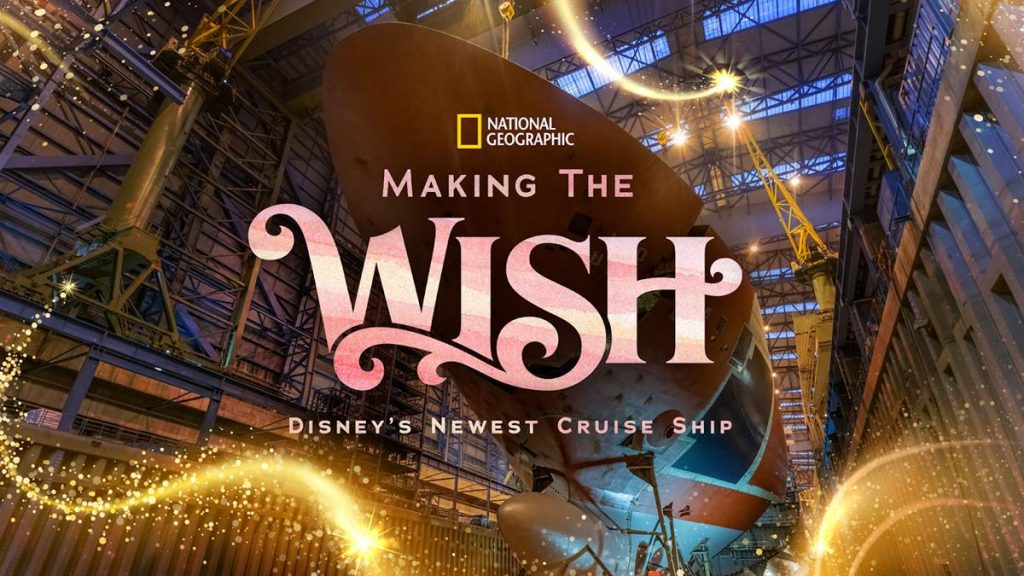 Disney has announced that the brand new documentary from National Geographic called “Making the Wish: Disney’s Newest Cruise Ship”, which is about the newest addition to the Disney Cruise Line fleet, the “Disney Wish”, is coming to Disney+ in the United States on Friday 17th February 2023.

This 90-minute special follows the process of designing, constructing and launching the Disney Wish through the eyes of the incredible Disney Cruise Line and Walt Disney Imagineering teams that brought the ship to life.

From the complexity of the design to the thrill of each milestone, ship-building is truly awe-inspiring. So it’s no wonder that National Geographic decided to document the ship’s construction, and now, they’re sharing a behind-the-scenes look at this incredible process with the world!

At a two-centuries-old shipyard on Germany’s North Sea, a marvel of modern engineering is taking shape. Hundreds of construction workers, engineers, architects, designers, animators, composers, storytellers, cast and crew are transforming 144,000 tons of steel into perhaps the most enchanting vessel ever to take to sea. They’re making the Disney Wish a reality.

At the helm of this first-of-its-kind Disney Cruise Line documentary are National Geographic filmmakers Chad Cohen (director, writer and producer) and Bethany Jones (producer and writer) in partnership with Disney Yellow Shoes.

Are you looking forward to watching this new Disney Cruise Line documentary?

Roger has been a Disney fan since he was a kid and this interest has grown over the years. He has visited Disney Parks around the globe and has a vast collection of Disney movies and collectibles. He is the owner of What's On Disney Plus & DisKingdom. Email: Roger@WhatsOnDisneyPlus.com Twitter: Twitter.com/RogPalmerUK Facebook: Facebook.com/rogpalmeruk
View all posts
Tags: disney cruise, national geographic, wish