What's On Disney Plus > Blog > Coming Soon > Ireland > Mаrvel’s Agents of S.H.I.E.L.D Seаson 6 Coming Soon To Disney+ In The UK/Ireland 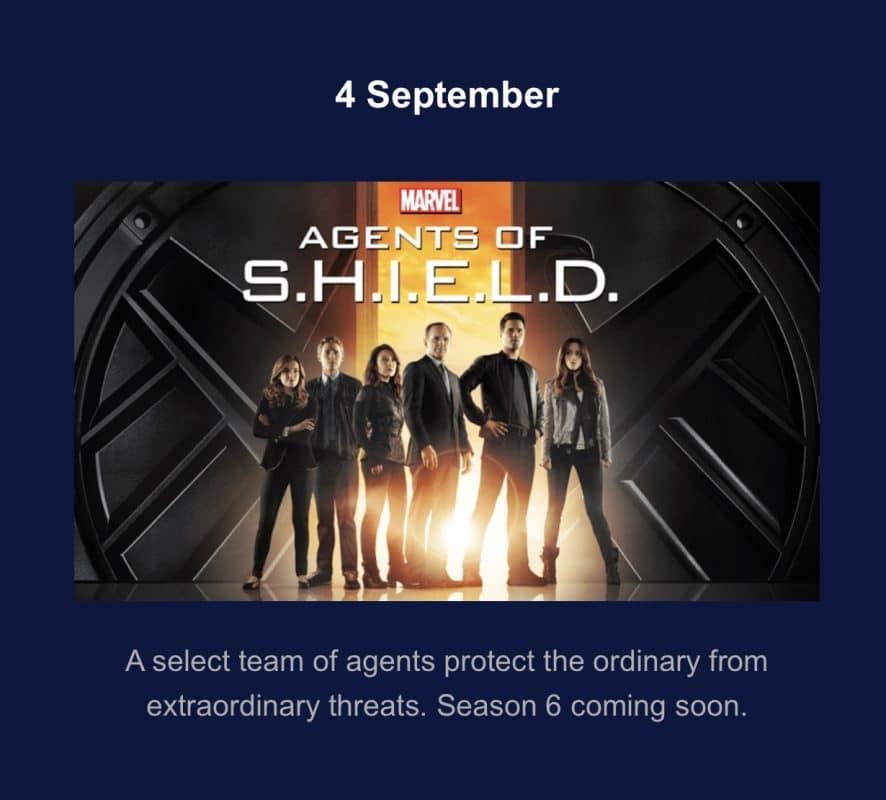 This sixth season is half the length of previous seasons, coming in at just 13 episodes.

Last season, the team leapt forward in time to a dystopian future they soon realized must be prevented. While facing multiple timelines and new enemies from faraway planets, they found family, friends, teammates and the courage to pull off their biggest challenge yet.

Their next challenge? Coming to grips with the knowledge that bending the laws of space and time may have saved the planet, but it couldn’t save Fitz or Coulson.

No details on the Disney+ release of the seventh and final season of the show have yet been announced.   While in the US, the show won’t be added for a couple more years due to an existing contract with Netflix.

Are you looking forward to the sixth season of Agents Of Shield arriving on Disney+ ?

Roger has been a Disney fan since he was a kid and this interest has grown over the years. He has visited Disney Parks around the globe and has a vast collection of Disney movies and collectibles. He is the owner of What's On Disney Plus & DisKingdom. Email: Roger@WhatsOnDisneyPlus.com Twitter: Twitter.com/RogPalmerUK Facebook: Facebook.com/rogpalmeruk
View all posts
Tags: agents of shield, Marvel, shield