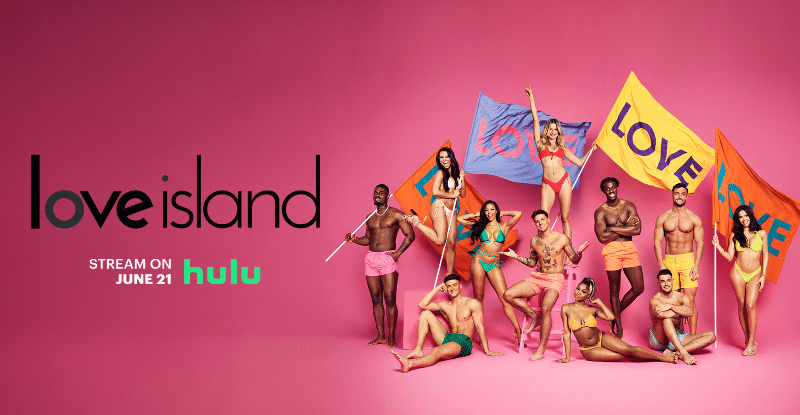 Disney has announced that the eighth season of the UK reality series, “Love, Island”, will be coming to Hulu in the United States from June 21st.

Love Island UK returns for an eighth season, offering the ultimate summer of fun, romance and drama. In this record-breaking, award-winning reality show that never fails to get everyone talking, 12 singles arrive at a luxury villa to spend their summer looking for love. But they must choose their partner wisely. Shock eliminations and new ‘bombshell’ arrivals can change the dynamic, and anyone left single risks being sent home. Which couples can stay the distance? As the addictive season concludes, viewers crown their favorite couple – but they’ll face one final twist.

New episodes streaming daily Tuesday through Saturday, as well as “Unseen Bits” and the weekly recap special “Aftersun” also streaming on Saturdays. The season 8 finale is slated to stream on Hulu on August 16th with a Reunion special to follow.

The previous seven seasons are also available on Hulu now.

Roger has been a Disney fan since he was a kid and this interest has grown over the years. He has visited Disney Parks around the globe and has a vast collection of Disney movies and collectibles. He is the owner of What's On Disney Plus & DisKingdom. Email: Roger@WhatsOnDisneyPlus.com Twitter: Twitter.com/RogPalmerUK Facebook: Facebook.com/rogpalmeruk
View all posts
Tags: love island