A volcano looking for love keeps spewing lava until he is almost back under the ocean, but another volcano under the ocean hears his song and slowly makes her way above the surface so they can be together in “Lava.” The creators of this 2015 Pixar short say it is inspired by the beauty of tropical islands and how volcanoes are explosive and alluring. It’s an 8 minute musical that takes place over millions of years.

This is a rather intriguing Pixar short. The volcano is looking out over the ocean and notices all of the marine life and birds have paired off into couples to share their love. He has a lot of love to give and just wants to be loved in return, but volcanoes can’t move around the world so he doesn’t know if he’ll ever find that love. But, if you’ve studied science, you know there are volcanoes underneath the ocean’s surface and when they spew lava it helps to form islands. There’s a nice fake out where the main volcano has run out of lava to sing his song and falls back below the surface just after his love has finally emerged from the water. It looks like it’s going to be a sad ending, but he’s able to hear her song that is just the same as his and gathers new lava to shoot back out above the ocean surface. 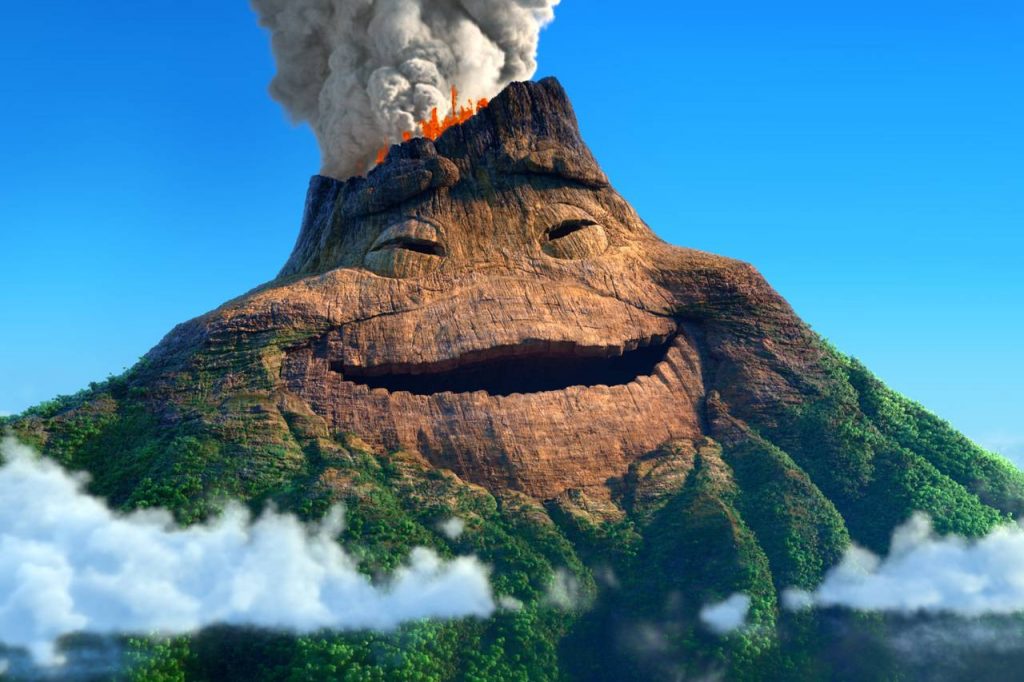 The sights and sounds of this short are nothing short of amazing. The island music used by the volcano for his song is perfect for this short. It reminded me of the version of “Somewhere Over the Rainbow” by Israel Ka’ano’i Kamakawiwo’Ole, known professionally as IZ. It complements the sights and other sounds of this short, giving off the right vibes. On top of the music, I think this is one of the most beautifully animated shorts I’ve ever seen. The shades and hues are excellent. All of the colors pop off the screen, making it feel vibrant.

This is a cute short that can be fun for people who love love. But, for others, it can definitely be too sappy. My 10-year-old son says it’s the only Pixar short he’s ever turned off halfway through. He may not have liked it, but I enjoyed it. I would recommend it for anyone who loves Pixar shorts and loves the amazing animation that comes with them.

What did you think of “Lava?”

Jeremy has been a big Disney fan since he was a kid growing up during the Disney Renaissance. One day he hopes to go to every Disney Park in the world.
View all posts
Tags: disney, Lava, pixar, retro review, review, short