Lady and the Tramp Retro Review 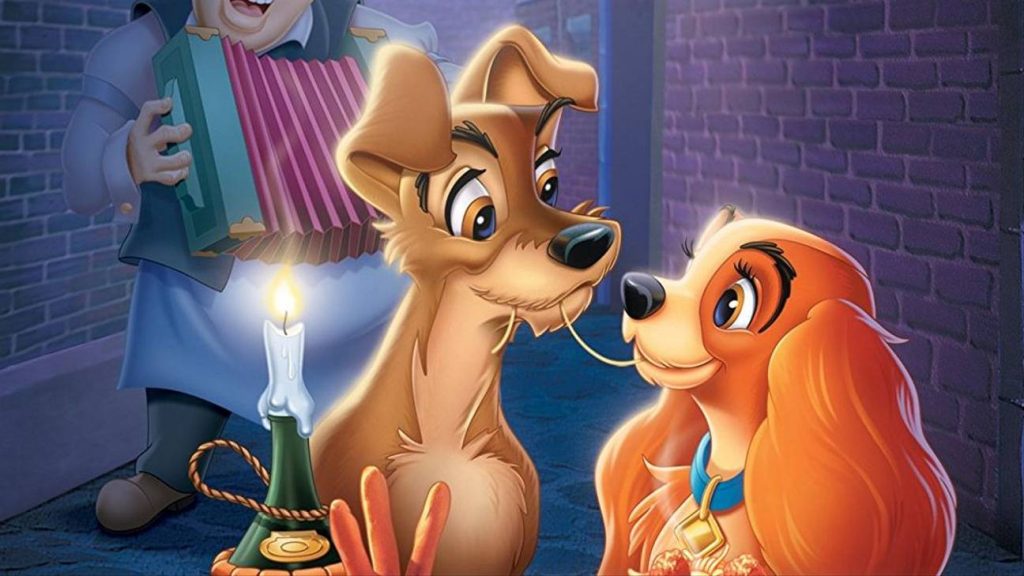 Lady and the Tramp Retro Review

The Walt Disney Animation Studios tackles love and dogs in the 1955 animated classic “Lady and the Tramp.” The movie follows Lady, a cocker spaniel, as she is adopted by a loving family and is their pride and joy until a baby comes along. But, when Darling and Jim Dear go away and bring in Aunt Sarah to watch the baby, Lady ends up in all sorts of trouble thanks to her cats, a rat and the wild actions of the Tramp. But, in the end, the Tramp runs in and protects the baby from the rat leading to the family adopting him and Lady and the Tramp having puppies before living happily ever after.

This film falls squarely in Disney’s Silver Age of Animation and, in terms of animation, it fits squarely with those that came before it. Eventually, the studio would have to turn to cheaper forms of animation to save money on production costs, but the films of the 50s have an animation style that is rarely duplicated. While not as pristine as “Cinderella,” this film checks all the classic boxes that help it to remain endearing more than 65 years after its initial release. While the 90s may have the most memorable music and the current films may have perfected the 3D animation style, there’s something about these 1950s film that just remains untouchable. Even the films that I find less enjoyable from story standpoint look absolutely beautiful on the screen. In my opinion, this was the best time for feature animation at the Walt Disney Company.

In contrast, the plot could be a little stronger. It nails the emotion and the conflict, but something feels like it’s missing. That being said, while watching these in order, it’s my second favorite of the four Silver Age films I’ve watched. “Cinderella” stands out above the rest, but I enjoyed “Lady and the Tramp” far more than I did “Alice in Wonderland” or “Peter Pan.” I don’t know if it will hold that spot as I watch the others during this time of animation, but right now, it’s holding its own despite feeling like something’s missing. “Lady and the Tramp” provides us with yet another iconic song. There’s no way to think about this film and not think about “Bella Notte.” It stands up there with “When You Wish Upon a Star,” “A Dream is a Wish Your Heart Makes” and so many other songs that have come since then. Plus, the spaghetti scene is one of the most memorable scenes in film history; not Disney history, not animation history; film history.

This is one of the many films Disney has put a disclaimer on due to outdated cultural references. The cats are certainly questionable, there’s no doubt about that. I’m not going to rush to defend them, but after sitting through “Peter Pan,” it feels tame.  Troublemaking cats could definitely work without the undertones put in place by their drawing and their song. I’m glad Disney is more culturally sensitive than they were in the 1950s.

What did you think of “Lady and the Tramp?”

Jeremy has been a big Disney fan since he was a kid growing up during the Disney Renaissance. One day he hopes to go to every Disney Park in the world.
View all posts
Tags: disney, lady and the tramp, retro review, review, Silver Age of Animation, Walt Disney Animation Studios