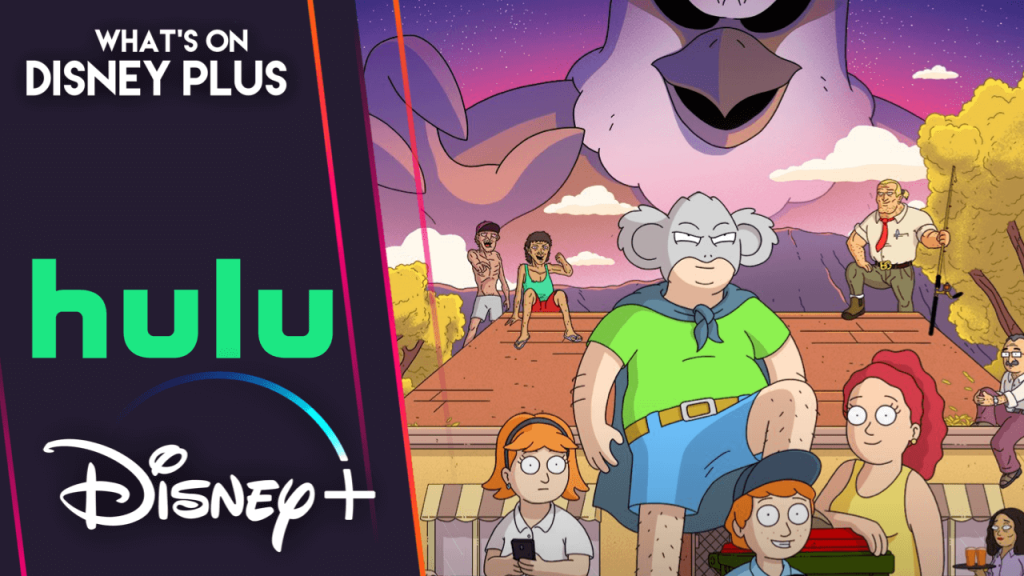 “Koala Man” is the latest adult animated comedy series from 20th Television, which is about a middle-aged dad Kevin and his titular not-so-secret identity, whose only superpower is a burning passion for following rules and snuffing out petty crime in the town of Dapto. Though it may seem like any other Australian suburb, forces of evil, both cosmic and man-made, lie in wait to pounce on unsuspecting Daptonians. On a quest to clean up his hometown, and often roping his frustrated family into his adventures, Koala Man stands at the ready as he has to deal with some of the biggest problems in the world, such as trying to help an elderly woman with the source button on a remote control or finding out what day the bins have to go out.

This brand new series comes from Aussie creator/animator Michael Cusack, who has previously worked on “YOLO: Crystal Fantasy,” and “Smiling Friends”.   The animation style is similar to other 20th Television shows like “Solar Opposites”, which isn’t a huge surprise since that shows co-creator Justin Roiland is involved.

As you might expect from a comedy series about a superhero in an Australian suburb, the show leans in heavily on the typical superhero tropes and twists them for laughs, especially as “Koala Man” doesn’t have any superpowers.  The advantage of “Koala Man” being an animated series, it opens the show up to deal with some more traditional supervillains that would be very expensive to create in a live-action series, such as a huge garbage-eating flower.

One of the things I love about “Koala Man” is how Australian it is, which has a different style, tone and feel to your typical American comedy.   It pokes fun at the American way of life and leans in on your average run-of-the-mill Australian family, though obviously with a bit of stereotypical humour. It’s utterly bonkers, and getting Hugh Jackman involved helps add to that all-Australian feel.   There’s quite a bit of Australian slang in here, but a lifetime of watching “Home & Away” and “Neighbours”, plus spending almost a year travelling the country, meant I didn’t personally have much of an issue with the Australian terms, but it might throw a few viewers off, but I think all of this help keep the show’s unique feel.

Much like with another adult animated series from 20th Television such as “Family Guy” & “American Dad”, this show leans in heavily on the family dynamic, since this show isn’t just about “Koala Man”. It’s also about the impact of having a dad as a superhero on his wife and children, who struggle with Kevin being constantly distracted.  Throughout the series, this underlying issue continues to build, and we grow to know them more.

“Koala Man” is a real treat. It’s funny, vulgar, witty and very Australian, making it stand out from other animated shows right now, especially as so many of the popular shows have been running for decades. Hence, something new always feels fresh, even if.  the superhero theme is slightly being overdone right now. But its unique style will keep you entertained, as it’s light-hearted and, at barely just over 20 minutes per episode, will keep you coming back for more.  This looks like it’s going to be another big hit for Disney.

All eight episodes of the first season of “Koala Man” are coming out on Monday, 9th January 2023, on Hulu in the United States, Star+ in Latin America and on Disney+ around the world.

Roger has been a Disney fan since he was a kid and this interest has grown over the years. He has visited Disney Parks around the globe and has a vast collection of Disney movies and collectibles. He is the owner of What's On Disney Plus & DisKingdom. Email: Roger@WhatsOnDisneyPlus.com Twitter: Twitter.com/RogPalmerUK Facebook: Facebook.com/rogpalmeruk
View all posts
Tags: koala man, review