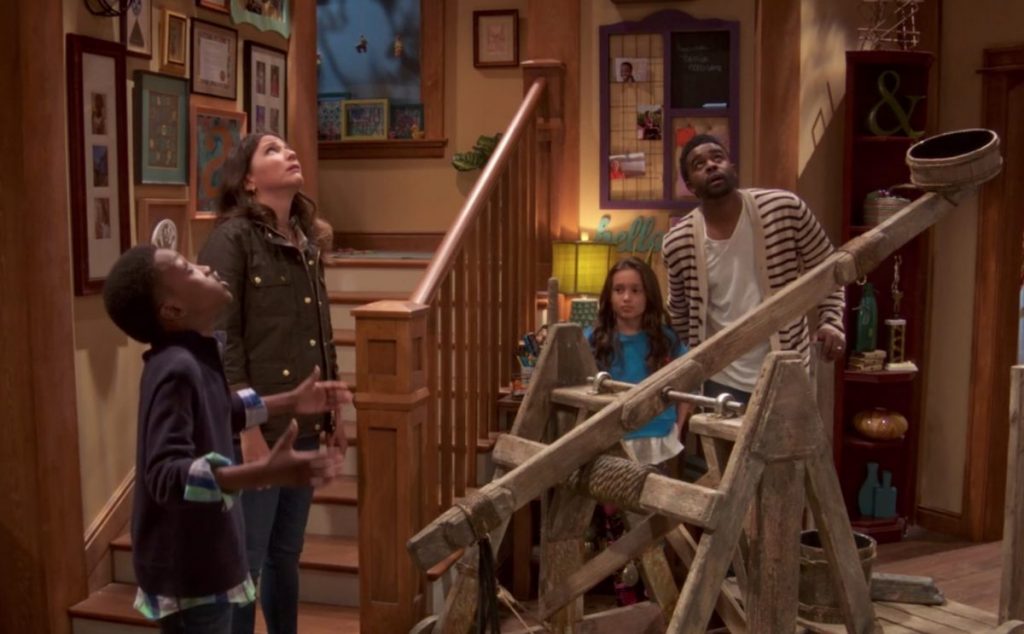 Disney have released a new trailer for the new Disney Channel show, “Just Roll With It”, which features the shows cast, Ramon Reed, Kaylin Hayman, Suzi Barrett, Tobie Windham) introducing their new, crazy show and even take on the headphone challenge

Filmed before a studio audience, the unique series is centered around the blended Bennett-Blatt family and features step-siblings Blair and Owen, who could not be more different. Blair, played by Kaylin Hayman (“One Day at a Time”), often a rebel without a cause, is the polar opposite of her strict, regimented, ex-military mom Rachel, played by Suzi Barrett (“Kirby Buckets”). Ramon Reed (Broadway musical “The Lion King”) plays Owen, a born athlete with a taste for scheduling and organization, who is always trying to clean up his creative and charismatic father and morning radio show host Byron, played by Tobie Windham (“Walk the Prank”). Despite their differences, the Bennett-Blatt clan, and the actors who play them, know how to take whatever life – and the studio audience – throws at them … and “Just Roll With It.”

At the sound of a horn, the actors break from the scene and go backstage while the audience decides which of three outrageous stunts will take place next. Once votes are cast electronically, the actors return to the stage to continue the scene, waiting for the next surprise, which could be anything from being asked to eat a disgusting sardine, grasshopper and ice cream burrito to a man falling through the roof of the Bennett-Blatt home.

“Just Roll With It” is a production of Kenwood TV Productions, Inc. Adam Small and Trevor Moore serve as Executive Producers.

“Just Roll With It” will be coming to the Disney Channel this summer and expect it to be available on Disney+ as well.

Are you excited for “Just Roll With It”?

Roger has been a Disney fan since he was a kid and this interest has grown over the years. He has visited Disney Parks around the globe and has a vast collection of Disney movies and collectibles. He is the owner of What's On Disney Plus & DisKingdom. Email: Roger@WhatsOnDisneyPlus.com Twitter: Twitter.com/RogPalmerUK Facebook: Facebook.com/rogpalmeruk
View all posts
Tags: disney, just roll with it