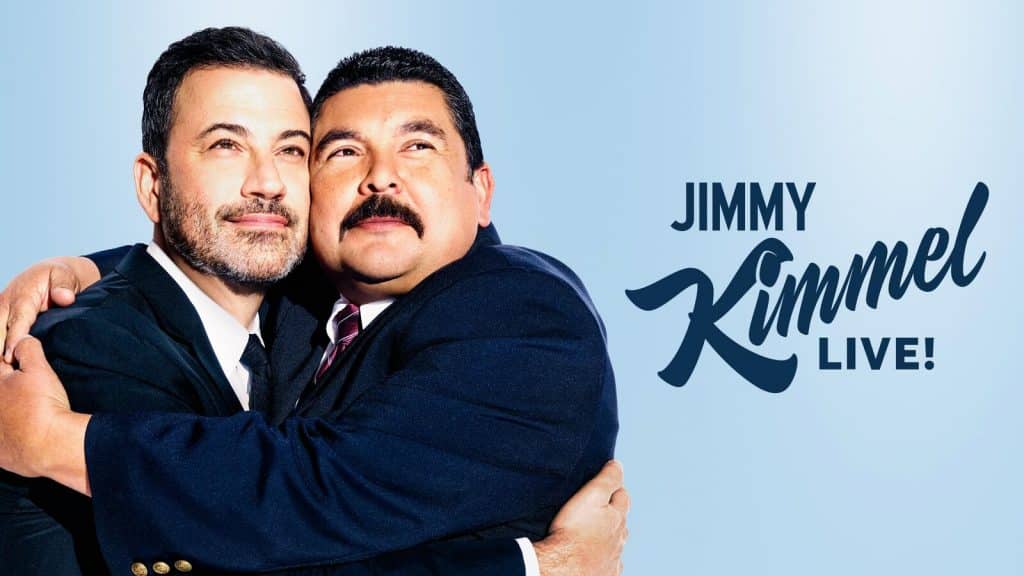 Disney’s ABC has announced today that Jimmy Kimmel has signed a three-year contract extension to continue as host and executive producer of ABC’s Emmy Award-winning late-night talk show, “Jimmy Kimmel Live!” The extension will keep Kimmel on the network through a historic 23rd season, making him one of the longest-running talk show hosts in American television history.

In addition to “Jimmy Kimmel Live!,” Kimmel is known for hosting back-to-back Oscars ceremonies in 2017 and 2018, and “The Primetime Emmy Awards” in 2012, 2016 and 2020. Kimmel is also the host and executive producer of ABC’s Emmy Award-winning “Live in Front of a Studio Audience” specials with Norman Lear and currently serves as creator/executive producer of the hit Kelly Ripa-hosted game show, “Generation Gap.” He is also a yearly highlight at the annual Disney Upfront presentation.

“For 20 years, Jimmy Kimmel has been a huge part of the ABC family and the heartbeat of late-night television.  Not only has he entertained our audiences night after night with his sharp comedy, dynamic interviews and irreverent humor, but he has gotten us through some of the most momentous events in our history with optimism and heart. There is no one funnier and more authentic than Jimmy. We are so proud of the incredibly talented team at ‘Jimmy Kimmel Live!’ and could not be happier to continue our partnership.”

“After two decades at ABC, I am now looking forward to three years of what they call ‘quiet quitting”

“Jimmy Kimmel Live!” has traveled to cities including Detroit, Houston, Austin and Las Vegas; later this month, the show will return for a weeklong engagement in Brooklyn for the sixth time.

In 2009, Kimmel was the first late-night talk show to create a YouTube channel, which has since garnered more than 14 billion views. Some of Kimmel’s most popular comedy bits include “Mean Tweets,” “I Told My Kids I Ate All Their Halloween Candy,” pranks on his Aunt Chippy, interacting with tourists outside his studio on Hollywood Boulevard, teaming up with long-standing security guard Guillermo Rodriguez and, of course, his bitter and ongoing feud with “actor” Matt Damon.

“Jimmy Kimmel Live!” airs every weeknight at 11:35 p.m. ET on ABC, and episodes are also available on Hulu.

Roger has been a Disney fan since he was a kid and this interest has grown over the years. He has visited Disney Parks around the globe and has a vast collection of Disney movies and collectibles. He is the owner of What's On Disney Plus & DisKingdom. Email: Roger@WhatsOnDisneyPlus.com Twitter: Twitter.com/RogPalmerUK Facebook: Facebook.com/rogpalmeruk
View all posts
Tags: abc, jimmy kimmel