The series is a first-of-its-kind collaboration between Walt Disney Animation Studios and Pan-African comic book entertainment company Kugali and its founders Tolu Olowofoyeku, Ziki Nelson and Hamid Ibrahim. Iwájú, which roughly translates to “The Future” in the Yoruba language, is steeped in science fiction. The long-form series is set in Lagos, Nigeria, exploring deep themes of class, innocence and challenging the status quo. Says director Ziki Nelson, “This show will combine Disney’s magic and animation expertise with Kugali’s fire and storytelling authenticity. Iwájúrepresents a personal childhood dream of mine to tell my story and that of my people.”

Disney also released a first look at visual development art from the series: 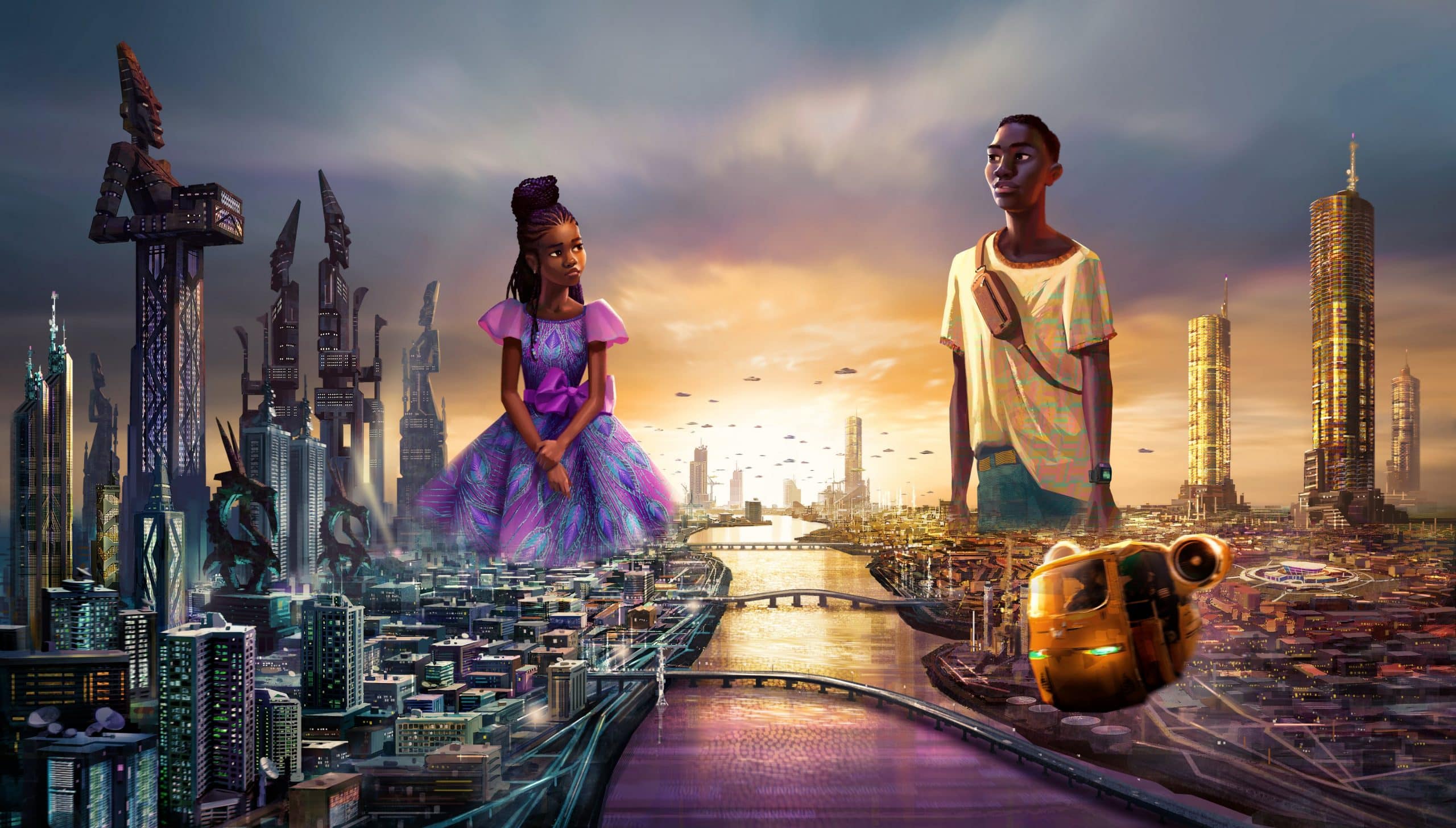 More details to be announced soon.

Are you excited for Iwájú?