We meet two more special dogs who are working to improve lives in the second episode of “It’s a Dog’s Life.” The Disney+ Original series, hosted by the voice of Goofy and Pluto; Bill Farmer, is perfect for the viewer who can’t get enough of cute dogs. If there’s two things Disney does well, it’s mice and dogs.

In this episode, we meet one dog who helps train a cheetah and another who is a service dog for a young man looking to get into voice acting. It’s really cool to see how these dogs help make lives easier. A dog and cheetah being best friends may seem odd, but it works out at the Cincinnati Zoo. The dog plays with the cheetah and helps with the cheetah’s training. I thought it was interesting to learn the zookeepers and trainers specifically use dogs to help when they only have one cheetah because they don’t want the cheetah to start thinking its supposed to play with people. That could be a problem in the future, so it’s a great idea to have a dog on hand for the purpose. I loved watching the dog and cheetah interact. And, I would love a look behind the scenes at all the exhibits of the Cincinnati Zoo. 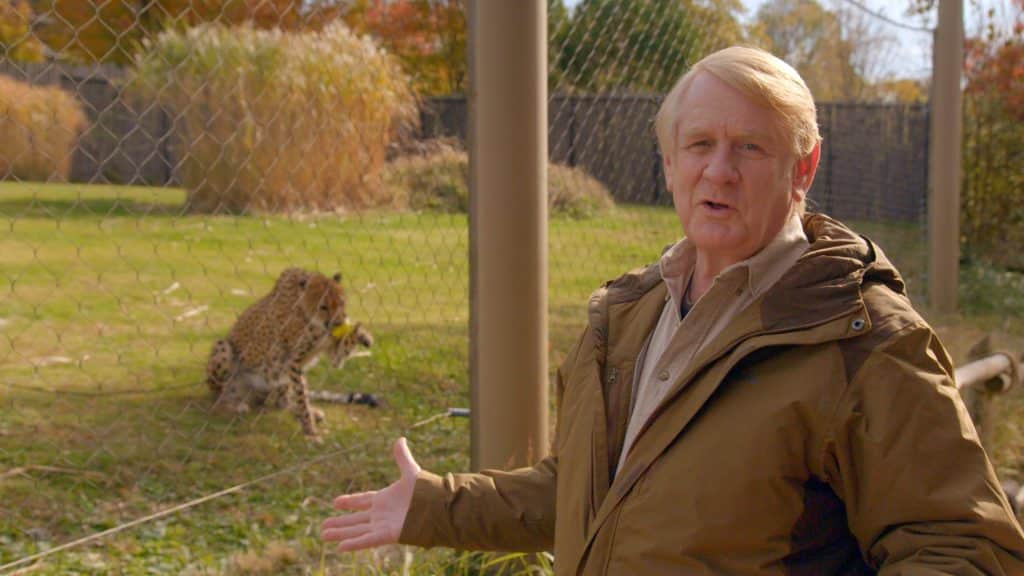 The second dog we meet in this episode really speaks to me. The dog helps with a teen who is suffering from health issues. As the father of a special needs child, I love seeing anything that makes a special needs child’s life easier. This dog has stepped in as the teen’s older brother left for college to help fill the void and keep pushing the teen, who gets tired very easily, towards his goals. We also get a really cool moment where Bill Farmer takes the teen, who wants to get into voice acting, to a recording studio and reunites him with his older brother. The pair then record a scene together and we get to see how the teen is able to change his voice to fit a role, including hearing him copy Farmer’s amazing rendition of Goofy.

The only issue I have with this series is that Bill Farmer’s voice is distracting. He sounds so much like Goofy that at times it takes me out of the situation and distracts me from the dog that I’m supposed to be learning about. I love Farmer’s passion for dogs. It shines through with each dog he introduces us to, but I still feel like Goofy is there. It might have worked better to have someone else on camera and have Farmer provide a voiceover as Goofy for each episode. It’s a minor criticism and one that I’m sure I can get over as I continue to watch.