Is Disney+ The Reason Disney Is Releasing So Many Sequels In 2019?

What's On Disney Plus > Blog > Brands > Disney > Is Disney+ The Reason Disney Is Releasing So Many Sequels In 2019? 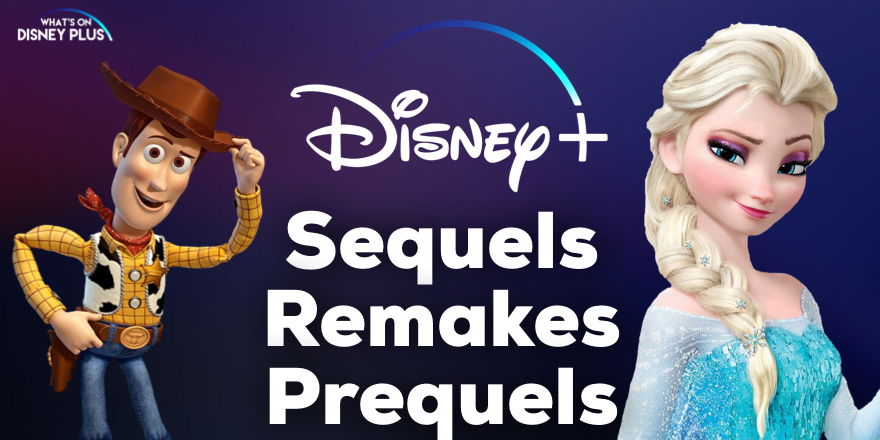 Is Disney+ The Reason Disney Is Releasing So Many Sequels In 2019?

Following on from this mornings announcement that Maleficent 2 has been pushed forward for an October release, 2019 is shaping up to be a huge year for Disney at the box office, with the following movies being released:

But there is one thing that stands out a mile when looking at the upcoming film list, all but one is an established film franchise, either a remake, prequel or sequel.  With only Artemis Fowl being the only original movie from Disney this year and Penguins being a DisneyNature documentary film.

And even many of the exclusive Disney+ movies and shows that have been announced are based on well established franchises including Marvel, Star Wars and High School Musical.

However if you look back at 2018, its very similar, with only A Wrinkle In Time standing out as an original movie, since everything else released last year were sequels or based on existing franchises like Winnie The Pooh or the Nutcracker.

And if you go back even further, Disney have been playing it safe for a while, since they generally perform better at the box office and provide more revenue with merchandise.  So putting the “blame” on the lack of originality on Disney+ seems a stretch, but it would be an added bonus regardless.

However the addition of Fox movies will give Disney a huge boost with newer smaller movies, as well as more franchises such as the X-Men and Avatar to bolster their movie roster.

Disney’s line up for 2020 and beyond isn’t as impressive, but that could all change with new announcements at this years D23 Expo and with the addition of Fox movies.

There is little doubt that Disney have a huge roster of established franchises and brands to hit the box office and Disney+ in the year ahead, which certainly isn’t going to hurt either.