What's On Disney Plus > Blog > Brands > Disney > Into the Unknown: Making of Frozen 2 Episode 103 Review

The third episode of ”Into the Unknown: Making Frozen 2”, continues to give us an insight into the making of this enormous smash hit animated movie.

With the film still over six months away from its premiere, the creative team including directors Jennifer Lee and Chris Buck, along with the producer Peter Del Vecho, continue to push forward with making Frozen 2 as good as they can. This episode focuses on the feedback they get back from an internal screening with other creative staff at Disney.

The pressure is on as the songwriters Kristen Anderson-Lopez and Robert Lopez shuffle to change one of the key songs ”Show Yourself”, which just isn’t clicking with the screenings. We get to see how they come up with the changes needed and how the entire movie clicks into place. It’s fascinating to watch how the creative team deal with the situation because it has to live up to ”Let It Go”.

As part of the change, we get to see Evan Rachel Wood record her vocals for the film, along with seeing Sterling K. Brown record some of his scenes. Unfortunately, we also get to see his reaction to hearing his song ”See The Sky” getting dropped from the film.

Another fantastic moment from one recording studio is seeing Kirsten Bell record her vocals for Anna’s song “The Next Right Thing.” She explains the meaning behind the song and her personal connection to it, as she describes her problems with depression and anxiety. It’s a compelling scene, and everyone at the recording is in tears watching her perform the song, and it even made me tear up while watching it. When I saw the movie, the song didn’t do much for me, but this portion of the documentary really helped explain what’s going on and what the song represents.

We also get to hear the sad story about Chris Buck’s son, who sadly passed away in a car accident. There are some lovely moments shown to remember him and the impact he had on Frozen 2. 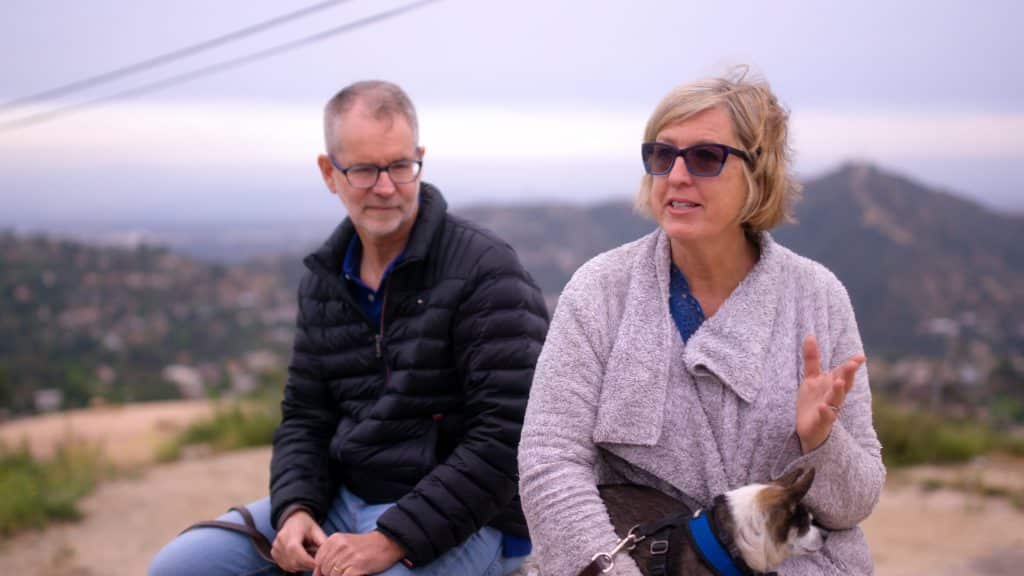 Other footage is shown of the creative team visiting locations in Iceland and Norway, where we get to see the inspiration for Elsa’s beach scene and the Glacier.

This episode is jam-packed with behind the scenes content; it’s not for everyone as it goes into lots of detail about the making of the film, much more than a usual featurette on a DVD. I certainly feel I’ve learned more about not just Frozen 2, but also animation as a whole within this episode and can’t wait to jump into further episodes.

Roger has been a Disney fan since he was a kid and this interest has grown over the years. He has visited Disney Parks around the globe and has a vast collection of Disney movies and collectibles. He is the owner of What's On Disney Plus & DisKingdom. Email: Roger@WhatsOnDisneyPlus.com Twitter: Twitter.com/RogPalmerUK Facebook: Facebook.com/rogpalmeruk
View all posts
Tags: frozen 2, into the unknown, Reviews