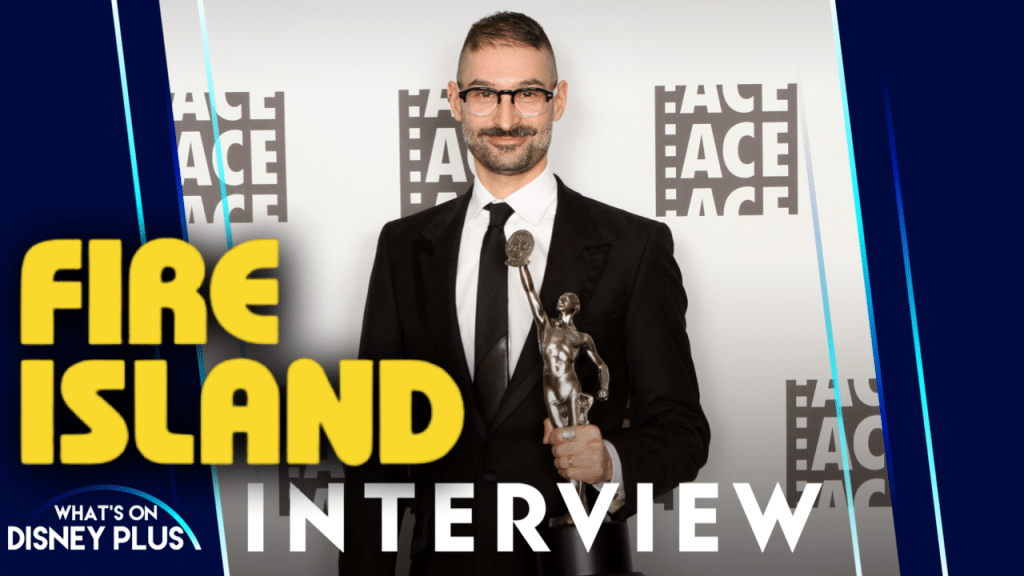 One of this summer’s biggest movies to arrive on Disney’s streaming services around the world is Searchlight Pictures “Fire Island”, which tells the story of a group of gay friends who have gathered at Fire Island for a summer vacation, but are forced to test the bonds of their chosen family at the rise of an unexpected event. The film is a testament to queer authenticity, and features an Asian American cast with stars like Joel Kim Booster and Margaret Cho.

Recently, I spoke with the film’s editor Brian A. Kates, a man whose post production talents have supported eight landmark queer films, both mainstream and indie, as well as a number of critically acclaimed television shows. Among Brian’s accolades include two Primetime Emmy Awards and two ACE Eddie Awards, which he received for his work on Taking Chance, the pilot episode of The Marvelous Mrs. Maisel, Bessie, and Lackawanna Blues, respectively.

Brian a queer creative himself, is also credited with editing several queer features dating back to the nineties. Films include The Laramie Project, Kill Your Darlings starring Daniel Radcliff and Elizabeth Olsen, We the Animals, and the documentary Tarnation, which examines the dynamics of a family through hundreds of hours of curated home tapes. His television credits extend to Succession and The Plot Against America.

“Fire Island” is available to stream now on Hulu in the United States, on Star+ in Latin America and on Disney+ around the world.

Roger has been a Disney fan since he was a kid and this interest has grown over the years. He has visited Disney Parks around the globe and has a vast collection of Disney movies and collectibles. He is the owner of What's On Disney Plus & DisKingdom. Email: Roger@WhatsOnDisneyPlus.com Twitter: Twitter.com/RogPalmerUK Facebook: Facebook.com/rogpalmeruk
View all posts
Tags: fire island, interview