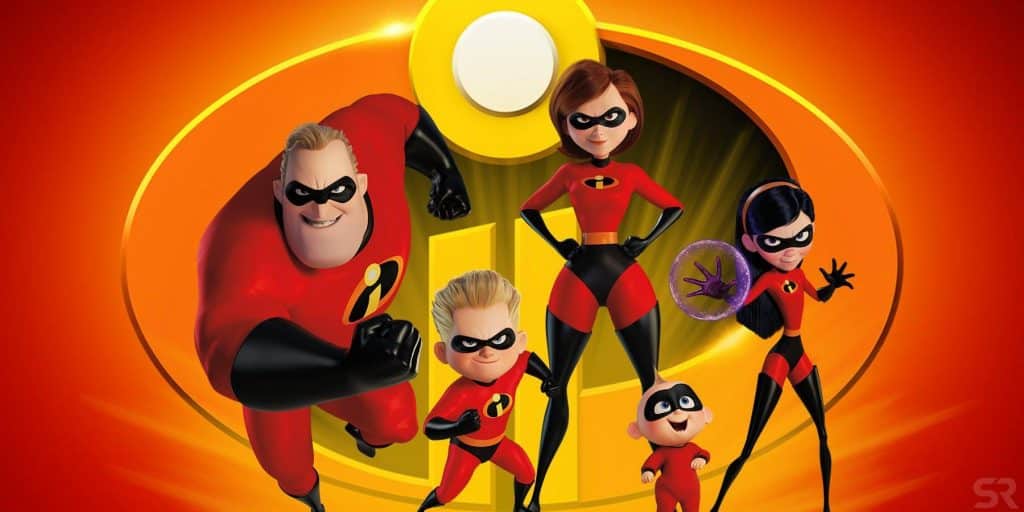 The Parr family is back and are garner support for superheroes in the sequel to the only good “Fantastic Four” movie out there, “Incredibles 2.” This one puts a lot of the focus on Elastigirl who is trying to stop Screenslaver from using TV screens to take over. Meanwhile, Mr. Incredible is at home trying to be Mr. Mom to Violet, Dash and Jack Jack.

Of the non-Toy Story sequels, this is the best one that Pixar has produced. It’s not as good as the first film, but is still a lot of fun. The best part of this film to me is Jack Jack. It’s hysterical watching him turn into a rage filled monster when Mr. Incredible refuses to give him more cookies. That’s pretty much how all kids act, but this one has super powers. Another favorite moment from this film is when Edna Mode babysits Jack Jack. Her development of a supersuit to help contain Jack Jack’s powers as he develops is kind of obvious, but still fun. It would’ve been great to see her frazzled by Jack Jack, but the way they went works too. If you can’t tell, Jack Jack was my favorite part of this film.

Director Brad Bird refused to make a sequel until he was satisfied with the script and I’m grateful he did. It would’ve been incredibly easy to take a passable script and turn it into a sequel. The Disneytoon Studios did that with almost every movie from the Disney Renaissance. Given Pixar’s amazing ability for animation and storytelling, had Bird rushed a sequel, we probably would’ve gotten a movie on par with “Cars 2” or “Finding Dory.” Both of those movies would be considered great coming from a different studio, but coming from Pixar, they are seen as disappointments. But, he waited until he had the right script, and that makes this movie far more enjoyable. It’s better than “Toy Story 4.” It’s on par with “Toy Story 3” and “Monsters University” for me. (I know “Monsters University” is actually a prequel instead of a sequel, but I think you understand where I’m going.) “Toy Story 2” is the only sequel that I view as truly better.

My one complaint is the reveal that Evelyn, the sister of the superhero fan who is trying to help the supers regain legal status, as the Screenslaver was kind of obvious. The only more obvious reveal would be if it were Winston, the man trying to help the supers become legal again. But, sometimes, the obvious reveal is the correct reveal. One of the two of them would be obvious, but they went with the correct one to not become mundane.

Overall, this is a solid sequel and a fun movie. It’s better than most Pixar sequels, but not as good as most Pixar originals; “The Good Dinosaur” notwithstanding. This is one I plan on watching many more times. It’s also one I want Pixar to make more shorts and even a series based on the characters. I would love to see the adventures of the Incredible kids, somehow. But, for now, I’ll watch both of these movies and laugh and enjoy myself.

What did you think of “Incredibles 2?”

Jeremy has been a big Disney fan since he was a kid growing up during the Disney Renaissance. One day he hopes to go to every Disney Park in the world.
View all posts
Tags: disney, Incredibles 2, pixar, review