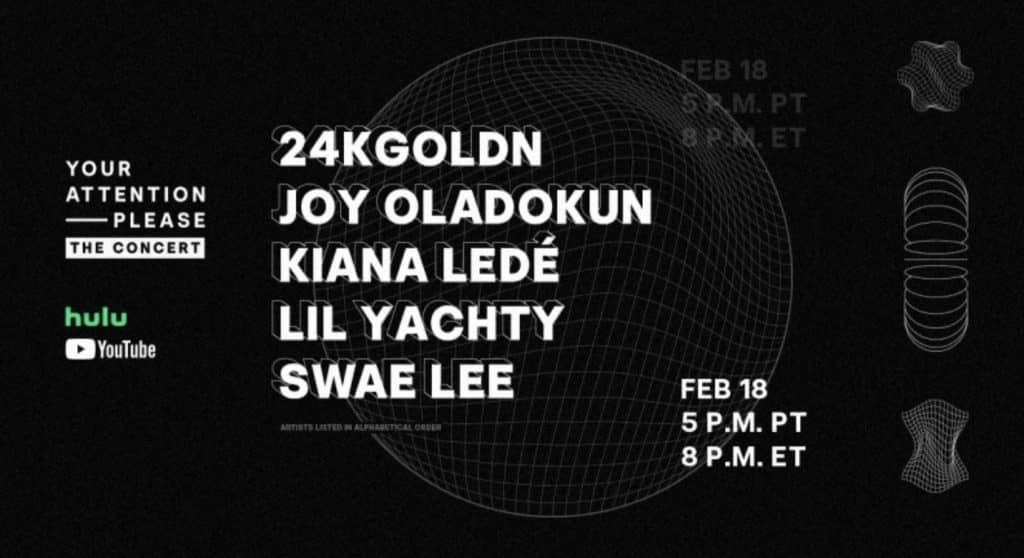 Disney has announced details on how Hulu will be showcasing Black History month, where Hulu is showcasing Black voices, stories and creators, both on and off the platform, through content launches, a first of its kind virtual concert, and monetary donations to non-profit organizations committed to advancing social justice. To help create a meaningful framework for the Black experience through storytelling, Hulu has also committed to amplifying Black voices – and not just during February.

Following last year’s successful launch of Your Attention Please, a series featuring Black innovators and creators who strive to leave the world better than they found it, Hulu is proud to bring the series back for a second season. Your Attention Please: The Series Season 2 hosted by actor Craig Robinson, highlights twelve prominent figures including NFL assistant running backs coach Jennifer King, stunt woman Jazzy Ellis and archaeologist Justin Dunnavant. The series will drop new 30-minute episodes every Friday throughout the month, beginning February 5th, and will be accompanied by a weekly podcast featuring intimate conversations with talent featured in the show.

For the first time ever, Hulu is hosting a virtual concert – Your Attention Please: The Concert. In partnership with MSG Entertainment, hosted by Craig Robinson and directed by Matthew Dillon Cohen, the musical event will feature performances by five groundbreaking artists including 24kGoldn, Joy Oladokun, Kiana Ledé, Lil Yachty and Swae Lee.

The hour-long music special will air in a one-time commercial-free presentation on Hulu on Thursday, February 18 at 5:00pm PST | 8:00pm EST for all Hulu subscribers, and for non-subscribers it will be available to stream on Hulu’s YouTube channel the same day through March 18.

Subscribers can binge all of their favorite episodes from popular dramas like Power, Tyler Perry’s The Have and The Have Nots, Scandal and Hulu Original Wu Tang: The American Saga to favorite sitcoms including Grown-Ish, The Bernie Mac Show and Living Single. Hulu’s Black Stories hub will also include films like fan-favorite comedy The Nutty Professor and historical drama Selma.

For subscribers of The Disney Bundle, Disney+ will feature superheroes to NASA mathematicians

In the “Celebrate Black Stories” permanent collection on the service all month long. Subscribers can enjoy Soul, Black Is King, Hidden Figures and many more beloved movies and TV series that honor the Black community. 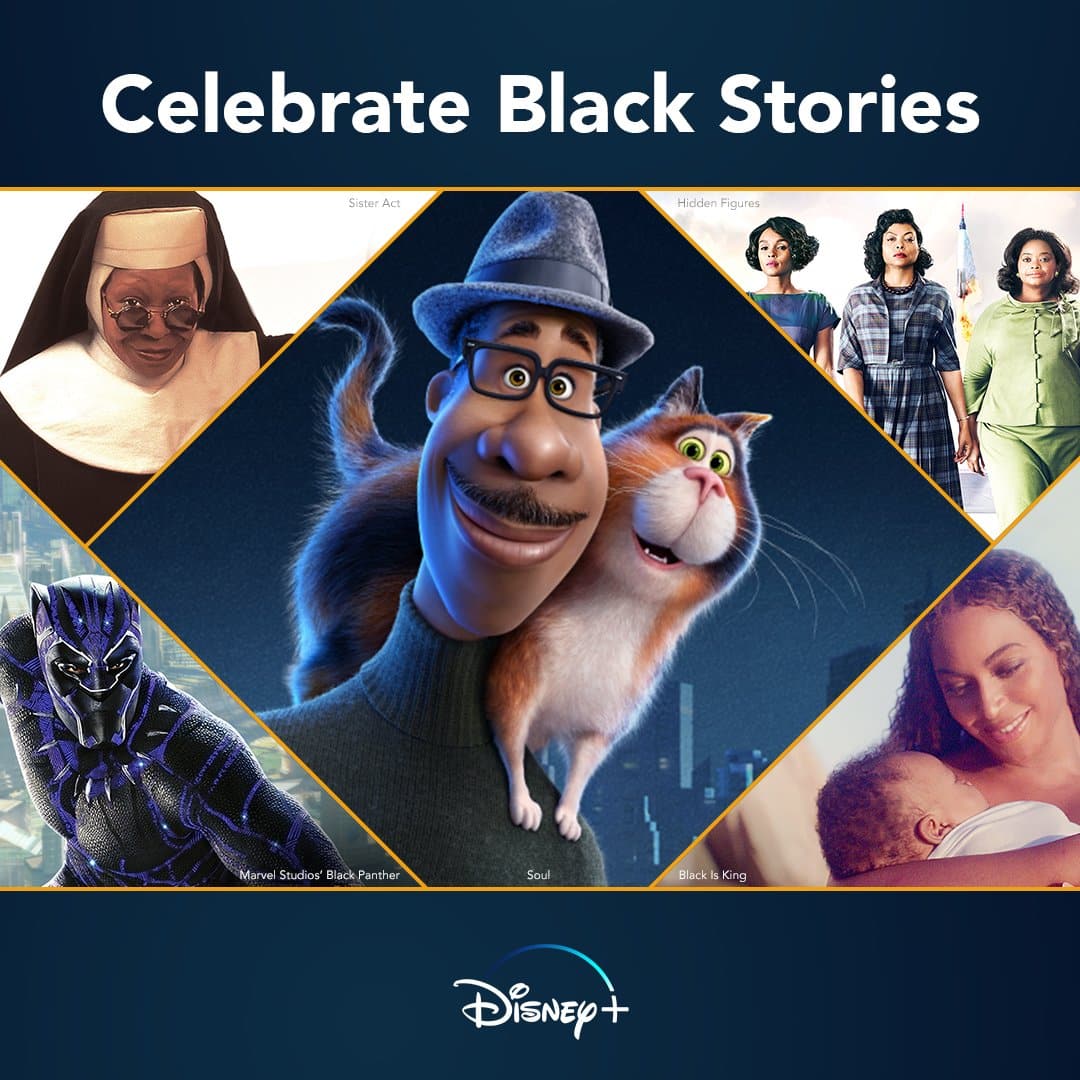 ESPN+ will be streaming Why Not Us: North Carolina Central Basketball, a docuseries executive produced by NBA star Chris Paul and ESPN’s Stephen A. Smith. 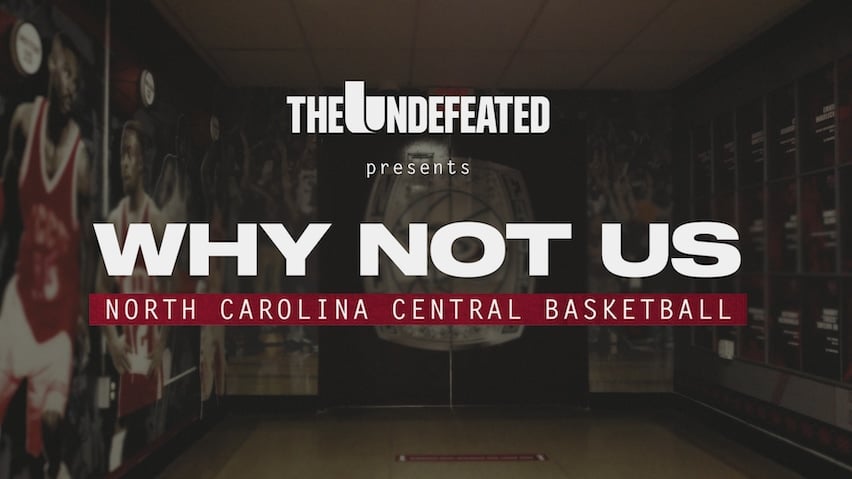 We recognize the shortest month of the year is simply not enough time to shine light on Black history, culture and community. That’s why Hulu is making a commitment to release socially conscious short-form content each month throughout the year.

Beginning in March, the shorts will be accessible to both subscribers and non-subscribers on Hulu and Hulu’s YouTube channel. The shorts will showcase Black thinkers, doers, entrepreneurs, educators and essential workers who are making an impact in their communities throughout the country.

This month, Hulu is also supporting nine non-profit organizations, carefully selected by the creators featured in Your Attention Please: The Series, with a monetary donation. Select Hulu subscribers will receive an email giving them the opportunity to choose one of the nine pre-selected organizations for Hulu to make a $10 donation to. Organizations include GirlTrek, a national health movement that activates thousands of Black women to be change makers, the Anti-Recidivism Coalition which advocates for criminal justice reform and Plant It Forward Farms, who empower refugees to develop sustainable urban farming businesses that produce fresh, healthy food for communities.

Roger has been a Disney fan since he was a kid and this interest has grown over the years. He has visited Disney Parks around the globe and has a vast collection of Disney movies and collectibles. He is the owner of What's On Disney Plus & DisKingdom. Email: Roger@WhatsOnDisneyPlus.com Twitter: Twitter.com/RogPalmerUK Facebook: Facebook.com/rogpalmeruk
View all posts
Tags: black history month, hulu