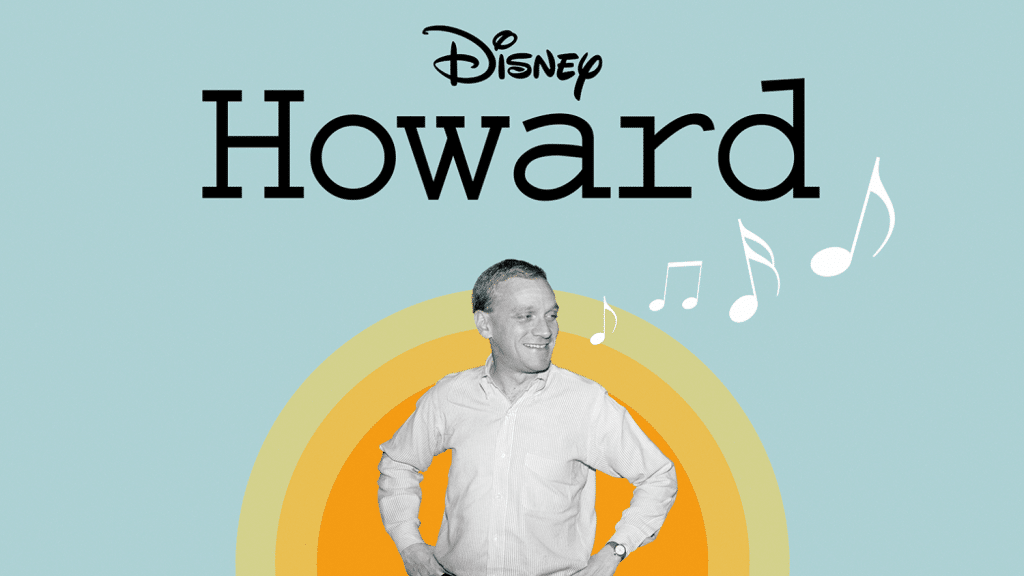 You might have never of heard of Howard Ashman, but you’ll know his work as he is the brilliant lyricist behind Disney classics like “Aladdin,” “Beauty and the Beast,” “The Little Mermaid” and creator of musicals including “Little Shop of Horrors.”

This documentary tells the untold story of his life, where we learn about his childhood in Baltimore, his early days of working on musicals in New York City, his work on Disney movies and about his untimely death due to AIDS.   The documentary features never-before-seen archival footage, personal films and photographs, as well as interviews with Howard’s friends and family.

The director of “Beauty and the Beast”, Don Hahn, made the documentary because he wanted to tell Howard’s story and he didn’t want it to be a “fluff” piece.  This film certainly doesn’t sugar coat Howard’s life, openly talking about his life as a gay man in the 1960s and more importantly, about the impact of AIDS.  While today, the disease doesn’t have the same stigma and treatment can mean people can live long lives, back in the 1980s it was very different.

Learning about how Howard kept his illness a secret from everyone, especially from Disney, because he just wanted to keep working and his love of making music.  Because being a gay man with AIDS in the late 1980s would have had a massive stigma and he probably wouldn’t have been able to continue, since he would have lost his insurance.  Hearing about how he kept working until the end and how those at Disney did everything they could to help.

Howard is a hard-hitting documentary, it doesn’t pull any punches and isn’t for everyone.  If you are interested in learning more about Howard, how he worked on those classic Disney movies and about his death, this documentary won’t disappoint.  However, it’s not a sugary sweet Disney film and continues to show how Disney+ can have content for adults, because this isn’t a film for children because they would probably find it rather boring.   There will also be some adults that will find the documentary dull, since it has a very slow pace, as it takes its time in explaining everything in more detail, but I enjoyed that attention to detail.

I had never heard of Howard Ashman until I found out about this documentary a few years ago during the D23 Expo and this film certainly made me appreciate his work.   Hearing his friends and family talking openly about his life and his death, was very insightful.  The use of just showing a photograph, with their words playing over it, is very simple but effective.

The making of “The Little Shop Of Horrors” was also covered in great depth and having footage from the Warner Brothers movie really helped tell the story, better than just a photo.  Now I want to go and watch that film again.

One of the most interesting “Disney” facts I learned from this film, was how Gaston’s “Mob Song” from Beauty and the Beast, is a metaphor for how people viewed AIDS during that period, which has changed how I look at that song now.

There was another story about how Howard was at Walt Disney World and saw a parade featuring characters from “The Little Mermaid” and hearing how he knew his music would live after him.  This hit me, because his music from “The Little Mermaid”, “Beauty and the Beast” and “Aladdin” continue to have an impact and entertaining people, especially with the recent success of the live-action versions.

“Howard” isn’t for everyone, if you are looking for a fun and light insight into the making of some classic Disney movies, this might not be for you.  It’s a warts-and-all look at this life and it doesn’t sugarcoat the issues Howard had to deal with throughout his life and when you hear his friends and family talk about his final days was heartbreaking.  It pays a great tribute to the man and his work, who left us way too early.

Roger has been a Disney fan since he was a kid and this interest has grown over the years. He has visited Disney Parks around the globe and has a vast collection of Disney movies and collectibles. He is the owner of What's On Disney Plus & DisKingdom. Email: Roger@WhatsOnDisneyPlus.com Twitter: Twitter.com/RogPalmerUK Facebook: Facebook.com/rogpalmeruk
View all posts
Tags: disney, howard, review